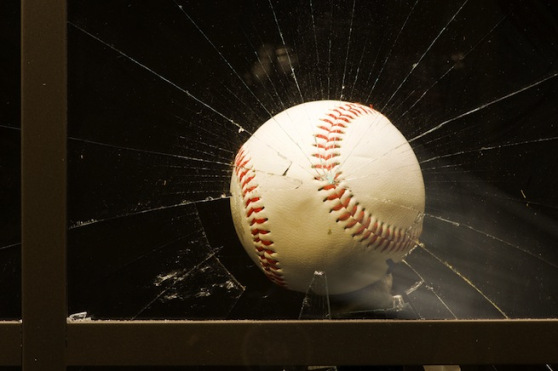 This is a guest post by Jon Soberg, managing director at Blumberg Capital.

Venture capitalists picking up the Moneyball strategy. It’s a fascinating idea, and I know plenty of my peers are working on algorithmic approaches to better their craft and gain an edge. As I see innumerable pitches that leverage “big data” as a key aspect of a business, and read about all of the ways that big data is changing the world, it seems natural that it will infiltrate the world of venture capital. Whether it works or not remains to be seen.

As someone who has worked at both ends of the spectrum — as a CFA performing public equity analysis, and an early stage investor — this is more than just a passing interest for me. I pay close attention to data, and I firmly believe that people who understand the numbers better than their competitors, will ultimately win. In public equities, some groups have clearly found ways to outperform using algorithms over time periods.

Are algorithms the future of VC?

In VC, we know the stats; a large percentage of companies fail, and returns have lagged over the past several years (although some firms have continued to outperform). Is data analytics the answer as some have suggested? Is it key to success in our industry, which is clearly changing? I have to say no, but will qualify my answer.

At the early stage where I invest, I am often assessing a team with a product that is not yet in the market, with no revenue, and with plans to hire some significant team members within the first year. Small data. There are very, let me stress VERY, few data points. And most of the data points that are there are qualitative, and there is plenty of noise. It hasn’t stopped me from building a few models along the way to see if I can glean some insight, but I can tell you what the models yield — garbage in, garbage out.

One might argue that algorithms can help predict markets, and I believe that could be true, but the size of the market opportunity for most companies is defined not by the actual size of the market, but by the team’s ability to address the market. It is SAM, not TAM. Let’s say a model detects that a market is developing, can the model help select the team that will win in that market? Revenue and growth are tightly coupled with a team’s ability to understand the needs of their customers and to fulfill those needs. It comes down to the team. I have yet to see a model that can tell me that a Mike Lazerow, Jason Goldberg, or Joe Lonsdale are better at figuring out their markets than others, but I can tell you that if you meet with any of them in person, you will know.

That said, I do think they can be helpful in some ways, especially in later stage investments. One of my toughest challenges is assessing opportunity cost. If an algorithm can help me decide which of several investments has the best potential, then it can be valuable. But, in my experience, the value is directly linked to the maturity of the company, as small data becomes bigger data. And the breadth of the comparison set is critical to get a good signal; any bad data in these models can really skew results.

One algorithmic approach that I believe has potential is employed by Correlation Ventures. They analyze investments made by other VC’s using their proprietary algorithm, and join some of the rounds. Just the fact that they are leveraging the work done by other VC’s gives them an inherent advantage in selection — they add another layer to existing analysis.

Data won’t help us find the next Zuckerberg

The combination of human and algorithmic analysis is the best way to use data analytics. But data analytics won’t help us score the home run hits that are absolutely essential. The Moneyball approach simply doesn’t work because hit rates are not high enough to manufacture returns by getting on base. The key is swinging hard every time you step up to the plate — a Facebook home run is like hitting the ball OVER McCovey Cove and getting 10 runs for it.

So when I look at how data analytics will impact VC, do I realistically think algorithms will give me a competitive advantage? No. These are not liquid markets, and there are very few good data points. Will it help with due diligence and adding a few data points for my analysis? Maybe. Will it help identify target markets? Potentially. Will it make me a better investor? Doubtful. Will it help me win deals versus our competitors? No. Will it help raise money? To be determined.

To quote one of my mentors, Wharton Faculty member Dave Pottruck, “Go with your gut, but always crunch the numbers first.” But in the absence of all that much valuable data, VC’s need to rely on old school-hustle, homework, and instinct.