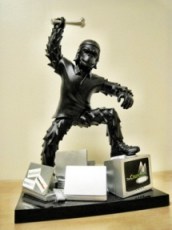 The 2011 Crunchies Awards are coming up. We’re happy to announce that we’ll be co-hosting the event, along with our friends at TechCrunch and GigaOm, as we have done every year since the awards started in 2007.

This annual celebration of startups and technology will be held on January 31, and it’s moving to the Davies Symphony Hall in San Francisco, a gorgeous venue that seats over 2,000 people, so there will be twice the capacity of previous shows. Tickets will be released in batches, starting in early December.

Polling has just opened, so be sure nominate your favorite startups, founders, and investors across 20 categories. The nomination deadline is midnight Pacific time on December 13 and finalists will be announced in early January 2012.

Check out the rules here, and see the Crunchies categories (along with last year’s winners) below: