As we wind down the last day of 2013, we thought it would be fun to take a look at the stories that have proved the most popular with our readers this year. It’s a surprisingly diverse mix: From superpopular video game franchises to really obscure indie games, from the ancient Apple vs. Android battle to brand-new programming languages, from kids acting awesome to grownups acting completely childish, this year had a little bit of everything.

Here are the 12 most popular stories on VentureBeat this year. Thanks for helping make this an awesome year. And stick around — we’ve got a lot more awesome in store for 2014.

A lot of you really want to know what it all means, apparently. After first-person shooter BioShock Infinite came out early this year, this story rapidly rocketed to the top ranks. MASSIVE SPOILERS AHEAD, of course.

These are the 50 smartest colleges in the U.S. (and #1 will surprise you)

Forget the Ivy League and Stanford — the smartest college in America is not what you might think. If you’re using Lumosity’s brain-training-game as your measure of smartness, that is.

These are the 100 smartest cities in America (study)

Lumosity proved adept at trolling not just college students but urban residents of all descriptions with its ranking of the smartest cities. Our hat’s off to you, Lumosity. And thanks for all the pageviews.

This is Samsung’s Galaxy Gear smartwatch: A blocky health tracker with a camera 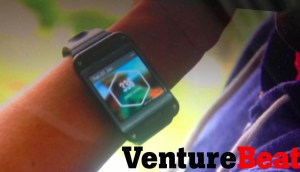 A scoop by VentureBeat reporter Christina Farr, this story gave readers an early look at Samsung’s smartwatch — days before it was unveiled to the public. Our story got picked up everywhere from Gizmodo to the Today show. Too bad the device itself didn’t get picked up by many customers.

Steady but unspectacular growth for Android and gradual but not catastrophic drops for Apple were pretty much in line with expectations. But the BlackBerry and Windows Phone numbers were dramatic changes from the same quarter a year ago.

This 12-year-old kid learned to code on Codeacademy, built 5 apps, and is speaking at SXSW

Ethan learned to code “in about two to three months” on Codecademy during summer vacation between fifth and sixth grade, getting schooled in HTML, CSS, Javascript, and more. He’s now planning to release Bargument, a cool app that will help you win any argument in a bar — even if you’re too young to get through the front door.

Being dropped in a hostile world is scary. And Grand Theft Auto Online – the recently-launched multiplayer part of open-world action game Grand Theft Auto V – can be very hostile at times. These 26 tips proved reassuring to a lot of you.

In 2002, Stephen Wolfram released A New Kind of Science and immediately unleashed a firestorm of wonder, controversy, and criticism as the British-born scientist, programmer, and entrepreneur overturned conventional ideas on how to pursue knowledge. Then in November, he teased something with the capacity to create as much passion — and, likely, much more actual change — in the world of programming, computation, and applications. In this story, Wolfram gave VentureBeat reporter John Koetsier a glimpse under the hood. What he saw was amazing.

Breaking: Adria Richards fired by SendGrid for calling out developers on Twitter

One of the uglier episodes in tech started when a developer made some allegedly sexual jokes during a conference. SendGrid developer evangelist Adria Richards was sitting nearby and outed him via Twitter, posting his pictures and a few details about what he said. The developer in question was fired by his employer, PlayHaven — and then SendGrid fired Richards. VentureBeat’s John Koetsier broke both stories.

Why your 8 year old should be coding

Learn-to-code startups abound these days, but one in particular is focusing on the very young. The startup is Tynker; it makes a web-based learning platform and a visual programming language for teachers and kids in K-12 classrooms. In a discussion with its cofounder, we found out why teaching kids how to code is so important to him.

The IBM “5 in 5” is the eighth year in a row that IBM has made predictions about technology, and this year’s prognostications are sure to get people talking. From “the classroom will learn you” to “the city will help you live in it,” these predictions reflect IBM’s ambitions and its deep knowledge of technology. Plus, who doesn’t like hearing about the future?

If Steve Jobs applied for a job at Apple today, there’s no chance in hell he’d get hired

Not political. Collaborators. People who really don’t care who gets credit. Those are the type of people that Apple looks for in new employees, Apple CEO Tim Cook said recently. In other words, if Steve Jobs was applying for a job at Apple today, he’d probably get shown the door double-quick-time. Ashton Kutcher, on the other hand. …

Above: Not the real Steve Jobs.