VergeSense, a company that develops hardware and software to capture key data from across the physical workplace, has raised $12 million in a series B round of funding.

The raise comes as a slew of smart building sensor platforms capitalize on businesses seeking to bring employees back to the office, after having been forced to embrace remote working for much of 2020. A growing number of companies, including Facebook and Twitter, have committed to supporting remote working permanently in the future. But with a COVID-19 vaccine now rolling out, many businesses are still preparing their return-to-office strategies for 2021. This may involve a full return for everyone in the company or a “hybrid” approach.

Founded out of San Francisco in 2017, VergeSense has developed proprietary deep-learning sensors and an analytics platform to give businesses insights into how physical spaces are being used. This can help inform desk and capacity planning and conference room bookings and even tackle overcrowding. 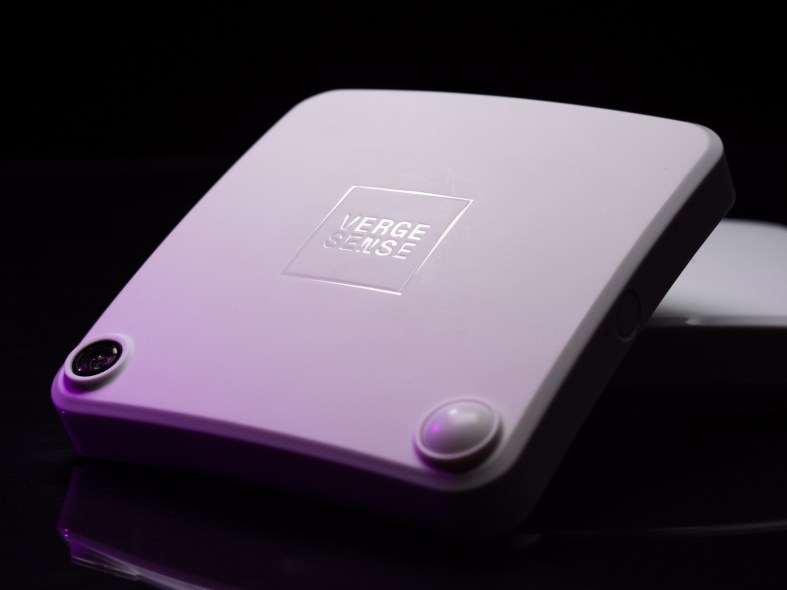 VergeSense collects data via a low-resolution, optical sensor that uses computer vision and edge processing to count people and detect objects, while a built-in passive infrared sensor (PIR) can detect motion and figure out whether someone is at their desk, for example.

“Customers can log into the VergeSense platform to understand what spaces are being used, when, by how many people on average and at its peak, and if a space is in use at that very moment,” VergeSense cofounder and CEO Dan Ryan told VentureBeat.

According to Ryan, VergeSense uses a convolutional neural network (CNN) and “several patented deep learning algorithms” that leverage computer vision to count people anonymously and detect objects, like bags, chairs, laptops, coats, and more. This neural network processing is done on the sensor itself, and VergeSense creates a mesh network so the various sensors in a building can communicate with each other.

“One of the primary competencies of VergeSense is extremely powerful machine learning processing on extremely compute-constrained, ultra-low-powered devices,” Ryan said.

The VergeSense sensor can be deployed wirelessly or wired, depending on the installation type. For example, a wired sensor may make more sense for companies that are developing smart buildings from scratch, whereas those looking to retrofit existing spaces without having to hammer chunks out of their walls may be more inclined to opt for the battery-operated incarnation.

The technology can be used for any number of scenarios and allows businesses or building owners to adapt their physical spaces based on how people actually use them. For example, a facilities or building manager may have previously allocated 100 seats to a company’s HR department, which later announces plans to grow its headcount by 25%. Without sufficient data, a logical next step would be to find 25% more space for desks, but VergeSense sensors may reveal that only two-thirds of the department’s existing desks are actively used most days, which can help teams figure out a way to manage their existing space more effectively. The analytics might also reveal that one of two large meeting rooms is rarely used and could thus be reappropriated for desk space.

This kind of technology could be particularly relevant in a hybrid future, where workers divide their time between home and the office. It could, for example, ensure an office is only ever at 50% capacity if social distancing measures are in place. 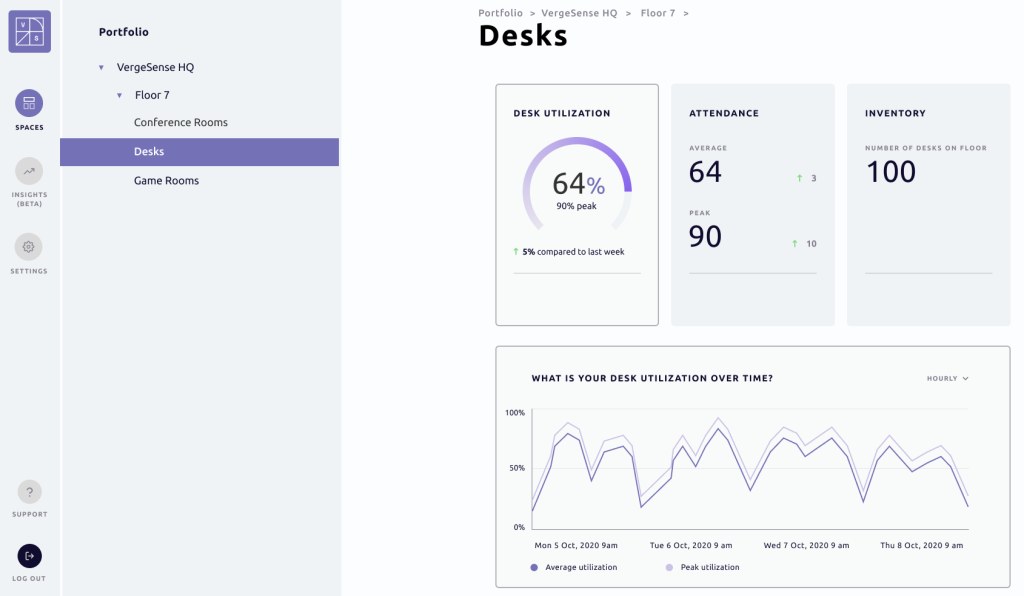 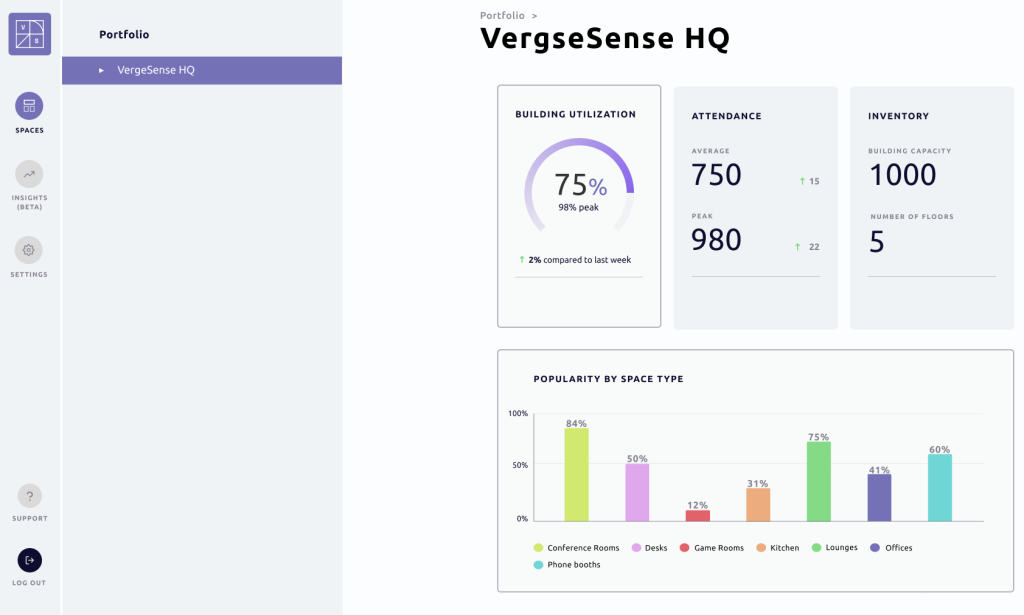 Companies can also merge data from other sources, such as integrated workplace management systems (IWMS), and it can pull in data from Outlook 365, Google Calendar, and bookings systems such as Robin or iOffice.

“This helps businesses understand if the rooms they are using are actually what they need,” Ryan said. “For example, a meeting was booked in a conference room with a capacity of 15, but seven people were invited and only three showed up. This information can drive future conference room design decisions.”

Y Combinator alum VergeSense had previously raised around $10.6 million. With its latest cash injection, which was led by enterprise software-focused VC firm Tola Capital, the company is sufficiently financed to continue its recent growth trajectory. This has already seen it nab some major new clients in 29 countries, including Cisco, Shell, BP, Telus, Rapid7, Roche, and Quicken Loans. More specifically, the company said it plans to double its headcount to 100 people across all departments.

“VergeSense grew substantially across 2020,” Ryan said. “The majority of companies will be hybrid moving forward, with a mix of employees coming on-site only a few days per week. Companies are quickly adopting new ways of using their office space to match this new way of working, and without data, there is no means to validate these decisions or iterate as you go.”

VergeSense is up against a number of incumbents in this space, including London-based Infogrid, which last month announced it had secured $15.5 million for similar sensor/software technologies. And OpenSensors (also based in London) last week announced a $4 million raise. Elsewhere, San Francisco-based Density raised $51 million for AI-powered occupancy-tracking sensors in July.

According to Ryan, VergeSense provides a number of advantages to businesses looking to make their buildings smarter, including offering both wired and wireless sensors and a greater degree of granularity and accuracy. The company also develops a “sign-of-life” algorithm that can detect whether a space is being used even if a person isn’t physically present by recognizing that their jacket, bag, or other belongings are holding the space.

“Imagine walking into a conference room and noticing an open laptop and a sweater,” Ryan said. “A human would know that the room is taken. So would VergeSense.”