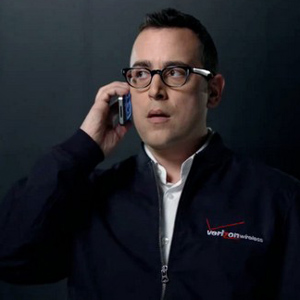 The massive success of the iPhone 4S, together with its next-generation LTE 4G network, helped Verizon see strong earnings of $0.52 a share in the fourth quarter on revenue of $28.4 billion.

Verizon’s hot wireless business saw its best quarter ever, with $18.3 billion in quarterly revenues, up 13 percent from last year. Data revenue accounted for $6.3 billion, while other service revenues made up $15.1 billion of the total. The wireless arm reported that it added 1 million total net connections for the quarter, 1.5 million retail customers (some of which were existing customers), 1.2 million of whom were postpaid subscribers (anyone paying a monthly bill).

Verizon sold a total of 7.7 million smartphones in the quarter, 4.2 million of which were iPhones (according to a prior announcement), and 2.3 million were LTE-equipped. The success of the iPhone was a double-edged sword for the company, as its heavy subsidies ate into wireless margins.

In its wired business, Verizon added 201,000 new FiOS internet customers, making for a total of 4.8 million FiOS Internet users (4.2 million of whom also subscribe to FiOS Video). Wired revenue was $10.1 billion, down 1.5 percent from last year.