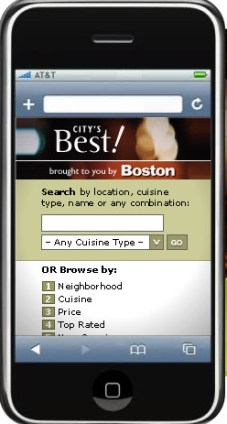 Verve Wireless, a startup that offers mobile publishing and advertising platforms for local media companies, announced today that is has snagged $7 million in a funding round led by BlueRun Ventures.

The Verve Publishing Platform allows publishers to easily bring their content and advertisers to mobile devices. Verve Wireless is also notable for local mobile advertising — Verve Connect is the largest premium local ad network around, the company says. It serves 750 customers with Verve Connect, including notable publishers like the Associated Press and Belo Interactive.

When we first covered Verve in 2008, the company was still coming to grips with the idea of location-based advertising. At the time it managed to land deals with media partners including The New York Times Company, Freedom Communications and Media General — and the company also formed agreements with all four major mobile carriers in the US.

Now the company reports that in July more than 14 million users have accessed mobile content via its publishing platform (a 151 percent increase over a year ago) and that it served 150 million mobile web pages (a 105 percent per-year increase). Thus far it has served over a billion mobile ad impressions.

Verve plans to use the funding to expand its publishing and advertising services, as well to hire more staff in advertising and operations.

With this funding, the San Diego, Calif.-based company has raised a total of $9.5 million to date. This latest round also saw participation from previous investors, including The AP.