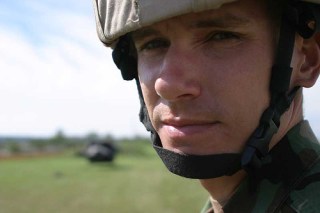 While I’m proud of my family’s service to Uncle Sam, veterans do need better ways to transition from military to civilian life — and the military isn’t very good at offering those tools.

To help veterans get into civilian careers faster and more smoothly, today both Google and LinkedIn announced new job-search tools just for current and former military personnel. Google has unveiled a new job search engine for vets, and LinkedIn is earmarking job postings that might be better suited to veterans.

Currently, around 850,000 military veterans are unemployed — that’s around 12 percent of post-9/11 vets. After their service to the country, many vets feel they’re left high and dry when it comes to civilian employment.

Former Marine Scot Ellison II has a typical story to share. He told us via Twitter, “There were required classes from the Marine Corps in transitioning out. But once I was out, I was on my own and had no help. I was jobless for the first two months of being out before I got work. And the work wasn’t desirable; it was enough to pay bills and support my family. Technically still struggling after four years.”

Google and LinkedIn hope the new tools will alleviate both the pressures of a military-to-civilian transition, and to ease the current jobs crisis.

LinkedIn announces, “We’ve joined forces with the White House to tag job postings on LinkedIn that could be filled by veterans. These tagged job postings will be accessible to the White House’s newly launched Veteran’s Job Bank and across veterans-oriented federal websites to make it easier for veterans to source opportunities relevant to them.”

Later this week, the company will be launching a microsite for veterans to find tips and tools for getting new jobs. And this Friday, which is Veterans’ Day, LinkedIn will be hosting a Veterans Hackday at its Silicon Valley headquarters.

As for Google, the search giant is working with the National Resource Directory, a special listings service for veterans, to create a customized job search engine for veterans. This engine will “identify veteran-committed job openings” on job sites around the web.

Finally, the White House itself is getting involved with the launch of MyNextMove.org, a site where vets can find their dream jobs, explore new career options, or even find a job similar to the work they did in the military.

This site uses data from the Occupational Information Network (O*NET) system, which the White House says is “the most comprehensive source of information on the knowledge, skills, abilities, work tasks, tools, technology and other important requirements needed to perform work for over 900 occupations covering the entire U.S. economy.” So far, more than 40,000 businesses and 150,000 workers have contributed data to O*NET’s collection.