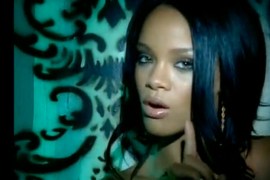 It’s no surprise that lots of people are watching YouTube, but the latest comScore report on video metrics for April show that Vevo, the music video portal launched in December 2009, has climbed to No. 4 on comScore’s list of sites ranked by unique viewers.

Vevo is a joint venture among Universal Music Group, Sony Music Entertainment, and investor Abu Dhabi Media Company. (Some reports have listed Google as a partner, but a Google spokesperson told me they aren’t an investor. Google gets a cut of Vevo’s ad revenue in return for back-end hosting.)

Only the sprawling Google/YouTube matrix, Yahoo’s spread of sites, and Fox scored higher. Aside from the Google sites, all of these brands were in the 40-millions of viewers, so it’s a close competition despite the different genres of content.

Vevo scored an estimated 35 million viewers during its first month, but by this point the traffic to its videos — and the ads that precede them — is organic rather than launch-driven. Informally, I’ve noticed myself landing on Vevo a lot in the past few weeks. The most likely explanation is that the site’s search results rankings on Google have gotten better.