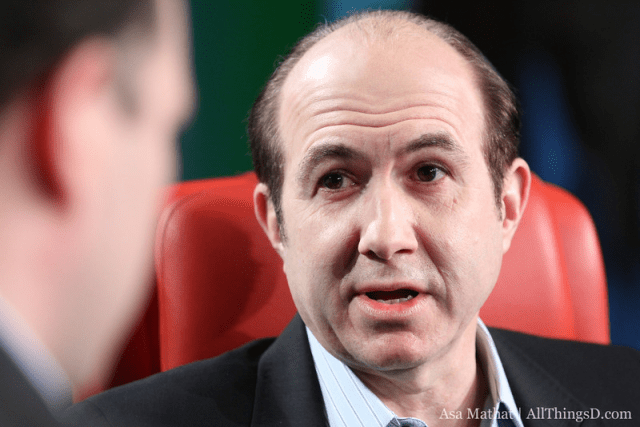 Dauman, in an interview at the D: Dive Into Media event, defended his company’s ongoing litigation against YouTube, the purveyor of user-generated content, despite a 2010 federal ruling establishing that the video-sharing site is protected under the “safe harbor” provision of the U.S. copyright law, and is ultimately protected from liability so long as it removes infringing content at the request of rights holders.

Viacom first brought suit again YouTube in 2007 for $1 billion in damages over the unauthorized use of Viacom content, inducing the use of clips from “The Daily Show” and “The Colbert Report,” between 2005 and 2008. The case was dismissed in June of 2010, in what was deemed a landmark victory for YouTube. But the decision didn’t sit well with Viacom, and the company sought to resuscitate the suit in October 2011.

Dauman referred to the status quo of needing to report infringed content as a “whack-a-mole system,” and argued for a more seamless technology solution that ensures copyright content is not infringed upon in the first place. He said Viacom is still fighting Google (a company Dauman referred to as “great”) out of principle, and is hopeful for a decision to a single legal issue that he believes will establish an important precedent for the entire industry.

The Viacom president, who fielded a variety of questions from interviewer Peter Kafka, also expressed his ongoing support for both the Stop Online Piracy Act (SOPA) and the Protect IP Act (PIPA). There was a lot of rhetoric and misinformation around SOPA and PIPA, Dauman lamented, that amounted to a “religious dogma” and created a “mob mentality.”

Ultimately, Daumen believes that PIPA, which would have been the dominant bill should it have passed, would have emerged as a very “responsible” bill.

“There are two great innovative industries where there are world leaders … that’s the content industry and broadly speaking the Internet industry,” Dauman said. The industries are symbiotic, he said, and should combine forces and create innovation. “We should be working together.”