Chat and messaging app Viber is bringing games to the global masses today, two months after a limited launch that saw the initiative land in just a handful of countries around the world.

For Viber Games, the Cyprus-based company has partnered with a couple of well-known developers, Storm8 and Playtika, to introduce Viber-tailored games built using a new private API. This lets users sign in using their Viber ID and find what games their friends and contacts on Viber are playing, as well as challenge each other, share scores, compete on leaderboards, and generally interact with buddies. It’s another sign of messaging companies trying to tap into a mobile gaming market that could reach more than $30 billion in 2015, according to market researcher Newzoo.

The initial rollout in December saw Viber Games arrive in Belarus, Malaysia, Israel, Singapore, and the Ukraine as part of a trial launch, but as of today, it’s available to everyone everywhere in the world.

Viber launched in 2010 initially as a Skype competitor, but has been building out its platform in recent times to cover different verticals, for example launching a sticker store back in 2013. Japanese e-commerce titan Rakuten acquired Viber for $900 million last February, shortly before Facebook revealed it was snapping up Viber competitor WhatsApp.

Viber’s shift into games is a smart, albeit predictable, move by the company. Indeed, it’s a trend we’re seeing across the mobile messaging landscape, particularly in Asia with the likes of Japan’s Line and Korea’s Kakao Talk both seeing significant revenue boosts thanks to games.

Viber is now looking to follow suit, and it will make its money by selling virtual goods in-app, though the games themselves will largely be free to play. Though this is clearly a win-win launch for Viber, both Playtika and Storm8 will surely see their brand and revenues get a boost, too, with Viber revealing it had 400 million users last year.

While the available games for launch will sport a familiar look from elsewhere in the mobile gaming realm, they have a distinctive “Viber” makeover and feature characters you may already have seen from its stickers. 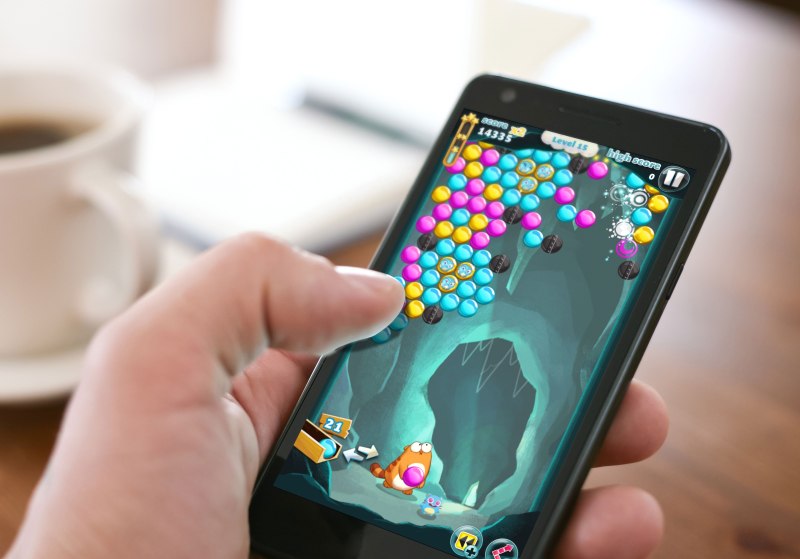 Above: Viber Pop by Storm8

It’s worth noting here that only three games are available for launch, which are:

We are told, however, that more games will be added “in the coming months,”