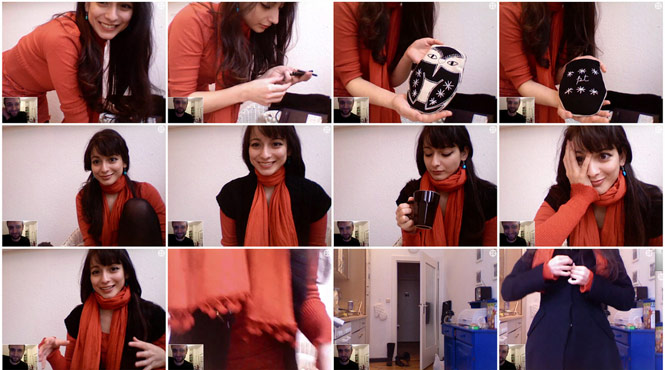 Money can’t buy you love, the Beatles told us. Neither can $33 million in venture capital and massive celebrity endorsements from stars like Jimmy Fallon, Snoop Dogg, Julia-Louis Drefus, Alicia Keys, and Jim Carrey.

Three months ago, Napster founders Sean Parker and Shawn Fanning unveiled Airtime, a web-based video chat service explicitly billed as a service to find and connect to new friends, in a glitch-filled PR disaster of a launch. It was supposed to be a better ChatRoulette, the fad video-chatting service that hit four million monthly visitors shortly after launching but ultimately fell victim to the one-eyed monster.

So far, it seems that the rocky beginning successfully presaged the future, as usage of the Facebook-connected app has made massive moves in the wrong direction, while competitor ChatRandom’s traffic is soaring.

Currently, according to AppData, AirTime has only 500 daily active users, and only 10,000 users have accessed the app in the last month — a 50 percent drop from the previous month. Plus, only just over 18,000 people have liked the app on Facebook. 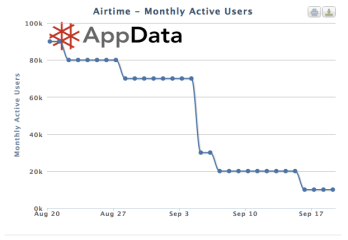 Conversely, ChatRandom, which explicitly bills itself as a “ChatRoulette Alternative” offering “Free Webcam Chat with Strangers,” is killing it, according to the site’s co-founder, Allen Fox.

ChatRandom was founded earlier than Airtime, in mid 2011, but with much less money and much less fanfare. Why is that site seeing successful user growth while Airtime, with its star founders, tens of millions in cash, and celebrity endorsements is failing?

Fox cites just one reason, but I see at least two.

The first, and the claimed reason, is anonymity. ChatRandom allows people to pull up the site, hit a button, and immediately start chatting. Airtime, on the other hand, wants you to log in via Facebook, tying your live video chat very definitively to your identity.

That is the key differentiator, according to Fox.

“Users on video chat sites are meeting people they have never met before, and that fundamentally drives the demand for privacy and anonymity,” Fox said in a statement, adding that ” … it’s clear that most chat users prefer anonymous private chat versus a more revealing option linked to social media.” 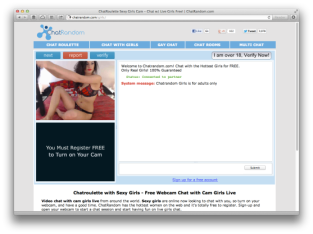 Above: ChatRandom’s “chat with girls”

In three minutes playing with the site, I encountered the famous ChatRoulette “penis problem.” And when I couldn’t find anyone else to actually chat with — very few users seemed to be available for a site with 250,000 visitors a day — I clicked the “Chat with Girls” button.

Shocker of shockers, there’s an over-18 verification step, scantily-clad ladies of the nighttime variety, and an invitation to chat with “the hottest girls” for free.

Hmmm … I may be naive, but somehow I don’t think these are just random strangers, unless the population’s average hotness number has just gone WAY up.

But I am surprised that Parker and Fanning aren’t putting up a better show in creating and developing their own audience for random stranger chat. Somehow, the product needs to be more compelling to attract more users.

Even if Mark Zuckerberg did try it out.