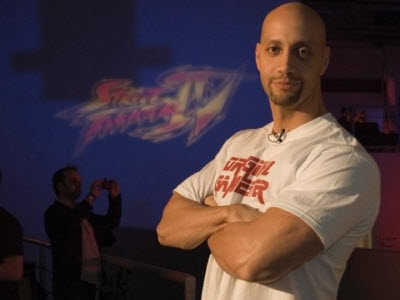 As the founder of Monolith Productions, videogame creator Jace Hall is the man behind such PC shooting titles as Blood, Shogo: Mobile Armor Division, No One Lives Forever and TRON 2.0. These days, Hall heads up HD Films, which is still immersed in the videogame landscape. The studio is finishing up Chadam, a 10-part Internet short film series that was created using Epic Games’ Unreal Engine 3 technology. Hall also recently wrapped a documentary for Sony Online Entertainment called EverCracked, which takes a look at the influences EverQuest has had on gaming over the past 10 years. But lately, Hall has been busy with his first television production, Warner Bros. Television’s and ABC’s sci-fi re-make, V, which debuts November 3. In this exclusive interview, Hall talks about how the path he’s paved from games to Hollywood should help bridge the gap for other creatives in the interactive space.

VB: How did you get involved with V?

JH: When I discovered that Warner Bros. actually owned the intellectual property of V through my co-worker Jamie O’Brien Moore, we got very excited. Jamie and I actually sat down and thought, “How could we, re-imagine what V was to make it into something that made sense for the audience that we know today.” I believe that the audience that I’m used to serving through videogames is fairly intelligent and also likes to have a certain amount of depth associated with the content that they’re viewing most of the time. Plausibility is a huge factor when it comes to science fiction for it to really stick. With V, everything needed to make sense. There needed to be rhyme and reason for everything, so we spent months creating a bible for this universe.

VB: Can you explain how other mediums will be involved with V?

JH: No, because doing so would expose and degrade the fun that I know everybody wants to have with it.  All I can tell you is I spent a huge part of my career dealing with online and interactive components. I know how powerful and effective they are in terms of helping to support and drive ancillary story, tangent story, or a main story if the integration is done well enough. But in order to actually have a television show that can support such a thing, you have to conceive of these items all together at the beginning, which is what we did. Part of the fun of V is the fact that we have thought through, with great energy, the background for things, and we’re able to create content elsewhere that works within that framework. There are some fun discoveries to be made. If I tell you exactly all the different things, then it ruins it.

VB: Will you direct viewers to websites through the show, itself, like Lost did?

JH: Well, certainly there will be those kinds of exploitations, but that’s not what I’m talking about. You have to think far more abstract, and far more plans within plans, so to speak. You will never be directed to these things. You will find these things naturally through your own interest in those things legitimately, and those things will guide and direct you to potentially have interest in V, the series, itself. These will be choices that you make on your own. It’s a very covert approach.

VB: Will a videogame be part of these plans?

JH: Well, there are obvious videogame opportunities that exist if the show is successful, and if it’s going to continue with everybody. You don’t want to get ahead of yourself. We still have to premier and prove that what we’ve been doing actually is something of interest. Yes, there’s obvious opportunity for directly related videogames. There are also opportunities for interactive things indirectly associated with the show in very creative and interesting ways.

VB: How will you solve the conundrum of creating a game based on a TV series that doesn’t seem outdated by the time it hits retail shelves – like we’ve seen with Ubisoft’s Lost game and others?

JH: The challenge you have with things like Lost or whatever is they’re telling this linear story, and you have to try to get the game out in time to match what’s going on.  That’s fine, but that’s very difficult. “V” starts off as a universe that’s been created much like the Star Wars universe. Whether or not your game tracks with the story of Luke Skywalker is irrelevant to whether or not a Star Wars videogame is viable. And you can actually do something that works in conjunction with whatever may be showing on television for Star Wars. For example, you can do a whole videogame about a random storm trooper attacking the planet Hoth. What we created with V supports that kind of exploration.  The kind of games that I would hope would be developed in the future relating to V are not going to try to track the specific narrative of the television series. If you want that narrative, watch the TV show. However, if you want to participate in what’s going on in the “V” universe, you can actually have a game that does that regardless of where you are in a season. It still will be interesting, and it still will be additive to what has been happening in the season.

VB: Having come from the games business, do you see Hollywood opening its doors to other game creators?

JH: I think that my ability to get traction in Hollywood has created a slight crack in the door on the perception. What’s going to be the biggest factor is how well V performs as a television series. If it works…if people watch and enjoy what’s being presented, then that will crack the door open a little bit further to altering the perception. Hollywood will start to look at creative people in the videogame industry as viable authors, or resources, to come in and create interesting television and film programming. I’m trying really hard to sort of represent some of the best, because I’m one of the first people to do it. But I’m certainly not the most talented, or the smartest of the people in the videogame business. If I can come in and do this, and show it successfully, I’m hoping that it helps pave the way for others in the videogame business to push their talents into this area. Because honestly, I would watch the programming they come up with.