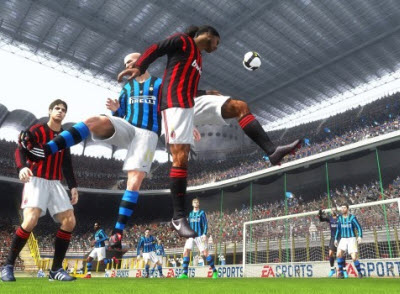 Electronic Arts said today it would lay off 1,500 employees as it focuses more tightly on its best-selling video games and digital media businesses. The company also posted slightly better-than-expected revenues for its second fiscal quarter, but the big video game publisher fell slightly short on earnings.

Redwood City, Calif.-based EA also announced that the layoffs would result in cost savings of $100 million and one-time charges of $130 – $150 million. It did so even as it announced this morning it bought social game publisher Playfish for up to $400 million. John Riccitiello, chief executive, said in a statement that the company made “tough calls” to lay off employees in targeted areas so that it can invest more in higher-priority games and digital businesses. The layoffs will be completed by March 31.

The company said the layoffs will result in facilities closures, but it didn’t identify which game development studios would close. The company is already reeling from cutbacks. A year ago, EA laid off 1,000 of 10,000 employees. These new cuts are even deeper, and they reflect a few things. The newest job cuts will add up to 17 percent of EA’s 8,800 employees.

First, EA has been hurt by the recession. Second, its newest original games, such as the Beatles Rock Band, haven’t set the world on fire. Lastly, gamers have been turning to cheaper fare such as free-to-play games on Facebook. The latter is the reason that EA acquired Playfish, which offers free Facebook games and makes money with sale of digital goods, such as pet food in its Pet Society game.

John Schappert, chief operating officer, said in a conference call that Playfish got more than 90 percent of its revenue from direct consumer purchases and that EA was impressed that a very small portion of it came from the more controversial offers business (latter is my description, not his). Schappert said he thinks the social gaming industry will continue to grow exponentially for some time. Those games will also likely be entry points for gamers who might be upsold later to console and PC games.

“EA is playing offense, positioning ourselves for the future,” Riccitiello said on the conference call.

Riccitiello said he was cautious about the second half of EA’s fiscal year because consumers have been hit hard by the recession. On the positive front, EA has 17 titles this year with a Metacritic rating (aggregate of review scores) of 80 or higher. Last year, EA had 13 games rated 80 or higher. And two years ago, it had only five. Under Riccitiello, EA put more focus on building quality games rather than shoveling out licensed movie titles and other low-quality games.

Analysts were expecting a consensus non-GAAP profit of 7 cents per share on sales of $1.12 billion for the second fiscal quarter ending Sept. 30, according to Thomson Reuters. EA said it is the No. 1 publisher in North America and Europe, with 21 percent overall market share in PC, mobile, and console games. (Activision Blizzard reported it had 16 percent market share in PC and console games.)

Digital non-GAAP revenue hit an all-time high at $138 million, up 23 percent from a year ago. the digital businesses include titles like the free-to-play online game Battlefield Heroes. EA Mobile generated $50 million in non-GAAP revenue in the quarter, up 9 percent from a year ago. EA said it is the No. 1 publisher in iPhone games with seven of the top 10 games to date. It is No. 1 on Verizon, with eight of the top 10 games. During the quarter, EA launched six iPhone games; all six made it into the top 100 paid apps list, no small achievement with 100,000 apps on the Apple AppStore. And four of those games made it into the top 15 list.

A few years ago, digital businesses were 10 percent of the overall industry. But Riccitiello said digital is now 35 percent of the overall game business, and it is the reason that the game industry will grow in 2009, despite weakness in the packaged goods industry. Riccitiello said he thinks the packaged goods games sold at retail will bounce back, in part because console makers can still lower prices further and because new console owners will likely buy software in 2010.

Big games coming in the second half of EA’s fiscal year are Mass Effect 2, Dante’s Inferno, Army of Two: the 40th Day, and Left4Dead2 (created by Valve, published by EA).

EA did not identify which studios it was closing in the coming months. But Riccitiello said that Nintendo Wii titles have not been hitting expectations. He noted that multi-platform titles have not been selling well on the Wii. The current relative weakness in the Wii compared to the resurgence of the PlayStation 3 and Xbox 360 is good for EA, which is stronger on the latter platforms, Riccitiello said.

EA also said it would put an emphasis on its EA Games label and EA Sports Label games, which lead to perennial hits over the years, and launch a new version every year or two. After that, EA would also focus on its Sims games and Hasbro-related games. EA is also investing in its digital online businesses from social games to online subscription games. But the company is essentially cutting the bottom third of its portfolio, Riccitiello said.

Other publications have reported that EA is cutting a lot of jobs at its Mythic, Tiburon, Black Box and Redwood Shores game studios. To get a sense of what this means, EA launched somewhere around 65 games last year, is launching 50 titles this year, and may have mid-30s in the coming year that ends March 31, 2011.