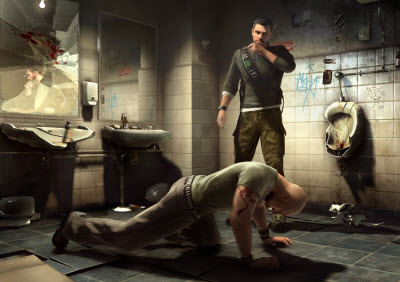 Video game sales fell 26 percent in April, one of the game industry’s worst declines in some time.

It’s as if every gamer decided to take a break from games, enjoy the outdoors, or do their homework at exactly the same time. And it looks to me like it’s time for a hardware price cut.

“The industry experienced its worst year-over-year decline in April since July ’09, and the fourth largest year-over-year percentage decline ever after September 2000, June ’09 and July ’09,” said Anita Frazier, analyst at market researcher NPD Group.

The Nintendo DS led sales for the month with 440,800 units sold, far outselling the rival PlayStation Portable at 65,500. The Nintendo Wii sold 277,200 units, compared to 185,400 for the Microsoft Xbox 360 and 180,800 for the Sony PlayStation 3. Hardware prices are down from a year ago thanks to price cuts last August and September. But I’m sure that the game companies are thinking about cutting hardware prices again in order to boost overall sales.

The top-selling game of the month was Ubisoft’s Tom Clancy’s Splinter Cell Conviction, pictured above, on the Xbox 360. That was followed by Pokemon Soul Silver for the DS, New Super Mario Bros. for the Wii, and Pokemon HeartGold for the DS. Nintendo had six titles on the top 10 list, while there were two Xbox 360 titles and two PS 3 titles. God of War III, Sony’s big exclusive game, came it at No. 5.

Frazier said the PS 3 was the only console that saw growth compared to last year for both April and year-to-date sales. The portable business was weaker, with portable sales declines accounting for much of the total industry decrease. That might be due to anticipation of another gaming device, the Apple iPad, as well as the competition with Apple’s iPhone in the portable gaming category. Also, Nintendo launched its new DSi handheld about a year ago.

It’s possible that poor inventory at stores also accounted for some of the hardware sales decrease, but Nintendo said it has solved earlier shortage problems. By October or November, the DS could surpass the PlayStation 2 as the best-selling game device of all time.

Overall, one bad month isn’t that big a deal. But the game industry has been struggling with the recession for a while, and many gamers have also been moving to other non-retail platforms that are harder to measure. That includes Facebook games, other online games, as well as iPhone and iPod Touch games. One indicator that those platforms are hurting console games: casual games accounted for 24 percent of software dollar sales in April, compared to 36 percent a year ago. And casual games are doing well on the online and mobile platforms.

“Of course we know that there is game content sold and revenue generated via digital distribution,” Frazier said. “As one point of reference in that regard, this is the second consecutive month that the Xbox Live 1600 point game card was the best-selling accessory item for the month.”