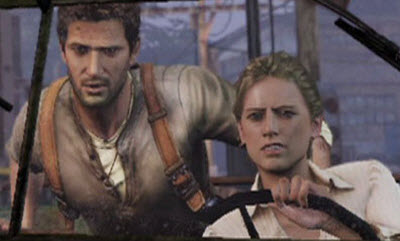 The industry saw a brief respite in September when strong sales of Halo 3: ODST on the Xbox 360, as well as hardware price cuts, helped push growth into positive territory, with sales up 1 percent.

But October is the seventh month this year in which sales have fallen short of year ago figures. Anita Frazier, analyst at market researcher NPD Group, said the industry is on track to generate full-year sales of $20 – $21 billion, which will put it below last year’s sales of $21.3 billion.

Frazier attributed the drop to continued economic turmoil, including the high unemployment rate that is hurting consumer confidence. Across all categories, the Xbox 360 saw the biggest portion of overall sales, representing 27 percent of total sales, while the Sony PlayStation 3 was a close second at 26 percent, which for Sony was an 8 percentage point improvement.

November is expected to be a big month thanks to the launch of Call of Duty: Modern Warfare 2, and the buzz around upcoming titles, including Nintendo’s New Super Mario Bros. Wii and Ubisoft’s Assassin’s Creed 2. Hardware sales in October were down 23 percent in the month. That fall in unit sales happened in spite of major price cuts. The Wii and the Xbox 360 lost the most ground compared to a year ago. Year to date, only the Xbox 360 and the Nintendo DS have grown hardware unit sales over a year ago. Software sales fell 18 percent.

The top game of the month was Sony’s Uncharted 2: Among Thieves (pictured), which sold 537,000 units. That’s not a huge number, but it’s rare for a PS 3 title to sell so many units. Overall, software sales were down 18 percent for the month. Nintendo’s Wii Fit Plus came in second with sales of 441,000. The music sector saw declines compared to a year ago, but it remains to be seen if the Beatles Rock Band and Guitar Hero 5 will sell well in the holidays.