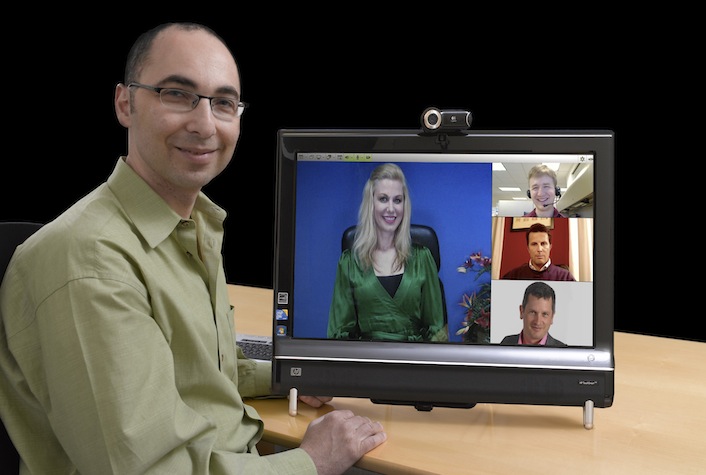 Updated 5/22/2012: This funding is not Vidyo’s fifth round, but rather an extension of its fourth round. A few details about the company’s technology have also been corrected in the story below.

Video conferencing and telepresence company Vidyo has raised a new round of funding, an extension of the company’s fourth round.

Vidyo enables video conferencing at 1080p HD quality and 60 frames per second, with up to 100 participants and displaying video from up to nine people simultaneously. People can access these conferences through a wide variety of platforms, including multi-screen telepresence rooms, ordinary video conferencing rooms, desktop and laptop PCs, and iOS and Android-based smartphones and tablets. It added support for the iPhone 4S in October, 2011.

QuestMark Partners led the round, along with other existing investors: Menlo Ventures, Rho Ventures, Star Ventures, and Four Rivers Group. Additionally, Juniper Networks joined as a strategic partner, through its Junos Innovation Fund.

Vidyo did not disclose the amount of the investment, saying only that the company has raised $97 million to date. Since that’s the same total it boasted eight months ago after its $22.5 million fourth round, we can only assume that someone’s math is not adding up correctly, or the company is hiding the size of the round for its own reasons.

Vidyo says its pricing, from $20,000 and up for four screens at 720p HD quality, is lower than competing video conferencing products because it delivers HD video over ordinary broadband networks, at 384 Kbps and up, instead of requiring more expensive MPLS links. It dynamically adapts to the amount of bandwidth available.

Juniper is a company that makes high-speed networking equipment. The fact that it is investing in Vidyo is evidence of the growing importance of top-layer services like videoconferencing to network providers. A partnership like this works because it allows one company to sell the equipment needed to provide lots of bandwidth, while another company delivers the equipment to soak up that bandwidth.

On the low end, Vidyo competes with Microsoft’s Skype as well as Apple’s Facetime, though both products are much lower resolution and support a more limited array of hardware. On the high end, it competes with video conferencing systems from Polycom, Cisco, LifeSize, and others.

Vidyo was founded in 2005 and is based in Hackensack, N.J.