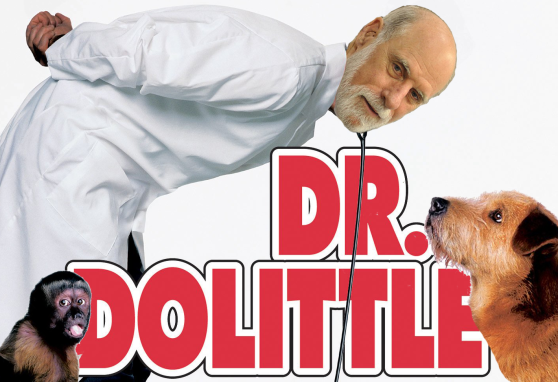 When he’s not trying to save the online world, Internet granddaddy Vint Cerf turns his attention to other, more zany pursuits — like finding a way to talk to animals.

At the latest TED conference in California, Cerf says he envisions a future Internet that could expand communication beyond humans to other species — and even other planets.

“All kinds of possible sentient beings may be interconnected. We’re beginning to explore what it means to communicate with something that isn’t just another person,” he said. (As if you need another reason to love Vint Cerf.)

As crazy as it sounds, work on that very kind of Internet already exists. Last year, Peter Gabriel (yes, that Peter Gabriel) helped found The Interspecies Internet, a project “created to explore, encourage, and facilitate communication between cognitive species.”

Here’s how Gabriel describes it:

Many of the phenomena of the net, universal communication, open access to information and education, group behaviour and social networks will have their parallels in the Interspecies Internet. Although it will clearly be used by beings of the same species for communication a special emphasis will be made on communications between species, including our own.

Admittedly, all of this sounds a bit off the wall — but what Gabriel and Cerf envision isn’t completely beyond the realm of possibility. Researchers are already getting closer to decoding the language of dolphins, and Orangutans at the Miami Zoo are today using iPads to communicate with their keepers. (See video below)

The Internet is breaking down the linguistic walls between humans, so why can’t it help make it easier for us to understand animals as well?