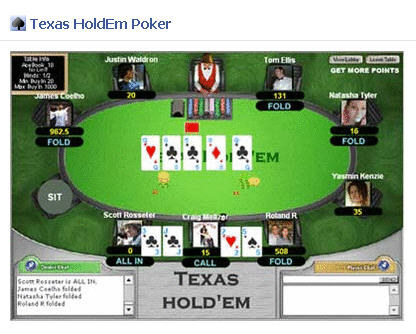 Social networking applications generally aren’t known for making tens of millions of dollars. But Zynga, a company that makes casual games for sites like Facebook and MySpace as well as Apple’s iPhone, is making somewhere between $30 million and $50 million, according to reports.

It’s one of the larger companies to take advantage of virtual goods — a revenue stream that’s looked increasingly promising over the last half year.

We’re hearing these numbers may be on the high side, though not entirely off.

“Social gaming site Zynga is another [promising app company],” investor Tim Chang tells paidContent. “They’re making something like $30 million to $40 million per year mostly from people buying Texas Hold ‘Em chips on Facebook.” Chang and his firm, Norwest Venture Partners, don’t invest in Zynga, so he presumably talked to someone who knew more.

Meanwhile, Silicon Alley Insider has source saying the company has revenue of $50 million.

We’re hearing that these reports are “pretty accurate,” yet the company is telling employees that the numbers are too high. It’s probably worried that such estimates will inspire competitors. But clearly there’s some good money coming in. Zynga has 150 full-time employees and it’s profitable. Its applications have a total of 5.5 million daily active users and 30 million monthly active users.