Virtual Incision, a medical technology company that’s developing miniaturized surgical robots, has raised $20 million in what it’s calling a “series B+” round of funding led by Bluestem Capital, with participation from PrairieGold Venture Partners and Genesis Innovation Group, among others.

Founded in 2006, Lincoln, Nebraska-based Virtual Incision develops a small robotic arm called Mira that enables surgeons to carry out minimally invasive abdominal surgery in any hospital or medical environment. It’s designed to negate the need for dedicated spaces and infrastructure that are required by traditional robotic systems. Portability is the name of the game with Mira, and at just two pounds it can be easily shifted between locations.

Mira is geared toward improving access to surgery by making the technology more accessible.

“We designed the Mira surgical robotic platform with the fundamental understanding that minimally invasive procedures offer tremendous benefits to patients,” said Virtual Incision president and CEO John Murphy. “We believe our portable and affordable abdominal robot has the potential to bring these benefits to many more patients.” 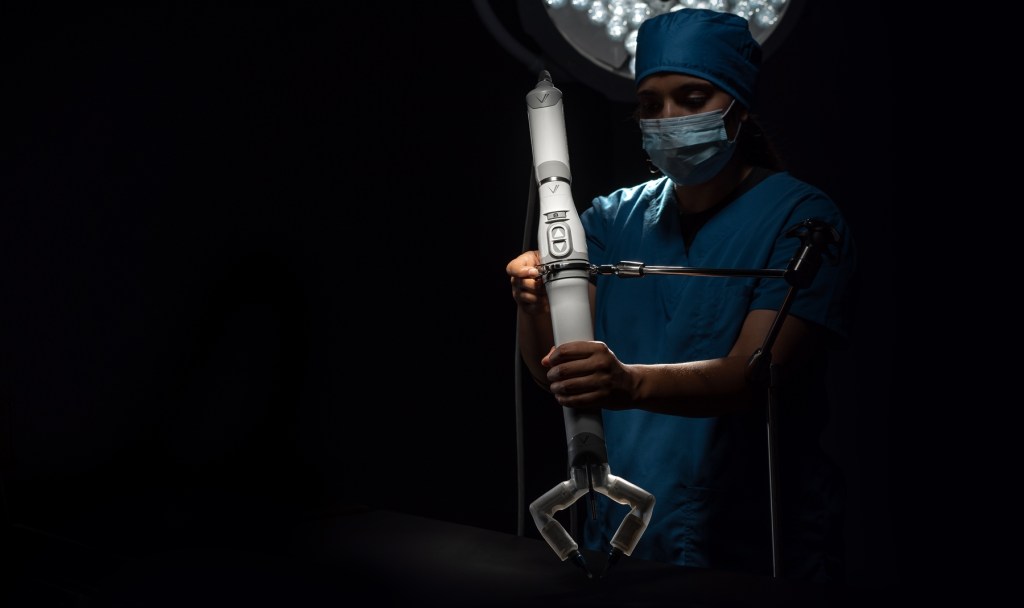 Robot-assisted surgery promises to usher in a paradigm shift across the medical industry, which explains why we’ve seen a number of notable investments in the field of late. Cambridge, U.K.-based CMR Surgical recently closed a $240 million series C round for an offering similar to Virtual Incision’s. And Boston-based Activ Surgical raised $11 million for an AI-powered software platform that improves surgeons’ accuracy and efficiency during robot-assisted procedures.

The surgical robotics market was pegged at $3.9 billion last year, and according to a recent MarketsandMarkets report, that figure could rise to $6.5 billion by 2023.

Virtual Incision started as a research group based at the University of Nebraska, but in 2010 it raised a $2 million series A round which helped it begin work on Mira. Its latest raise comes two years after Virtual Incision closed its $18 million series B round, and with another $20 million in the bank the company said it will be better positioned to pursue regulatory and clinical programs ahead of commercialization.

The company also confirmed that it has already filed for an Investigational Device Exemption (IDE) with the Food and Drug Administration (FDA) in the U.S. If approved, it will allow Virtual Incision to carry out clinical studies around safety and efficacy. More specifically, Mira will be used in colon resection surgeries with real patients. According to the company, some 400,000 such operations are carried out in the U.S. each year, with the standard approach for more severe conditions involving open invasive surgery that requires long hospital stays and recovery times. Such operations also come with a higher risk of infection. Virtual Incision sees an opportunity for improvement.

“Demand for minimally invasive surgeries continues to increase, and we are enthusiastic about the promise of the Mira platform to meet this demand,” said Virtual Incision cofounder and chief medical officer Dmitry Oleynikov. “We are focused on expanding access to minimally invasive robotic procedures and delivering this innovation to the many centers where a smaller, simpler, and less costly solution is needed.”

Although Mira has been developed with a specific operation in mind, work is underway to develop various miniature robots purpose-built for different procedures.