BARCELONA, Spain — In the search for new ways to grow, the mobile industry is placing a large stack of chips on virtual reality, even if the wisdom of these bets is far from clear.

Virtually reality has dominated nearly every corner of the gargantuan Mobile World Congress 2016 this week. It literally took center stage the night before the official opening of the conference, when Facebook CEO Mark Zuckerberg made a surprise appearance at the annual Samsung press conference to talk up his hopes and dreams for virtual reality.

“VR is the next platform, where anyone can create and experience anything they want,” Zuckerberg said. “For right now, it’s mostly used for gaming. That’s quickly evolving.”

Of course, the momentum for VR has been building for months. The Facebook-owned Oculus Rift (for $599)  is set to go on sale this year. And the Samsung Gear VR (free with a purchase of a new Galaxy phone) is a more consumer-oriented offering that uses goggles to view VR content on Samsung phones using the Oculus software.

In that last case, the benefit — from an industry standpoint —  is clear: VR content is a way to get users to engage more with the product and helps differentiate Samsung phones in a world flooded with Android devices.

And looking down the road, Zuckerberg believes VR could be the thing that pushes adoption of the mythical 5G mobile broadband networks. The industry is still muddling through technical standards and financial rationalizations to make 5G a reality. But Zuckerberg argues that blazing-fast 5G networks, which would replace the current 4G standards, could allow for livestreaming of VR experiences that would revolutionize human interaction.

“I hope this (VR) will be one of the killer apps for 5G,” Zuckerberg said in an onstage interview on the first official day of the conference.

Of course, widespread availability of 5G could be a decade or more away. That’s a bit too far off for a mobile industry that needs to find new ways to grow today.

The most prominent VR news at MWC — after Samsung’s — came from HTC, which announced the availability and pricing of its Vive VR system. The system, which works with Valve and seems heavily targeted toward gamers, is priced at $799 and scheduled to ship in April. Of course, it’s an independent system and not really a mobile device in any sense of the word. It doesn’t use an HTC phone, for instance, and is more like Oculus Rift. 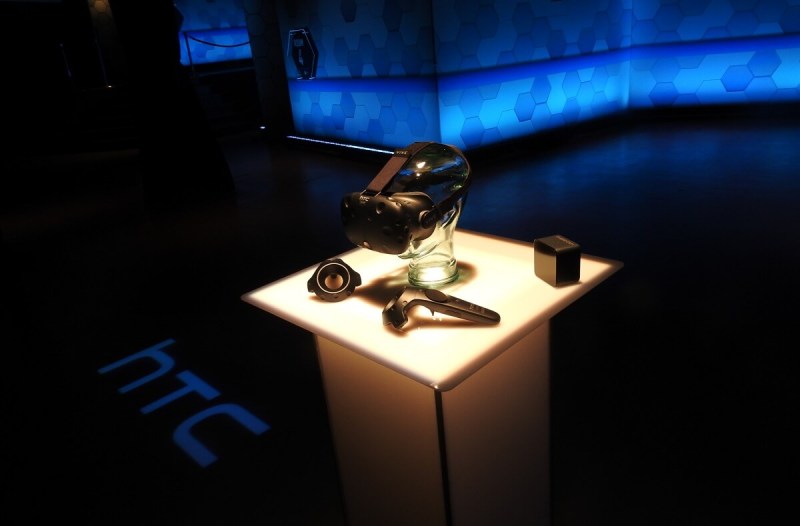 But despite sometimes vague mobile links, everywhere you turned in the massive MWC conference center, companies were showing off virtual reality applications and gear and services. 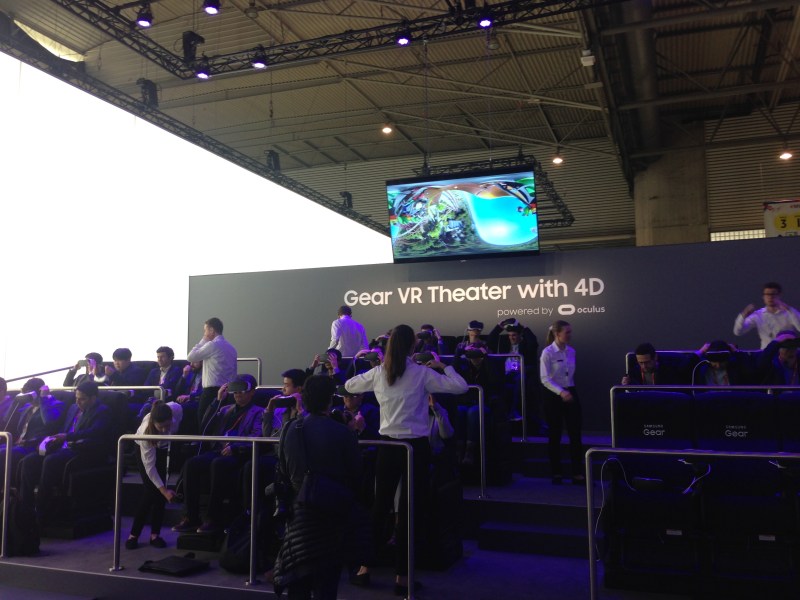 Security firm Gemalto had its own VR demo for the Internet of Things: 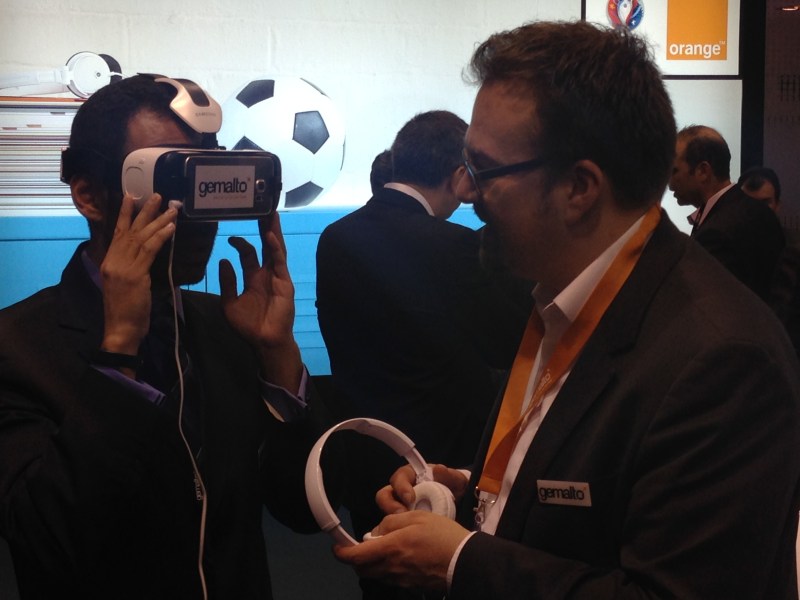 The Catalunya tourist board offered virtual tours of the region so you never even had to leave the convention center:

Or you could go on a mission to Mars:

In any case, you get the point. The mobile industry obviously believes VR is way more than just hype. They are behind it in a big, big way.

That could mean one of two things, I think.

Either this is going to create an unstoppable momentum that pushes VR into the mainstream this year.

Or the mobile industry is chasing fool’s gold and is going to be in for a huge disappointment.

Either way, at long last, consumers will get to cast the deciding votes with their attention and their wallets.