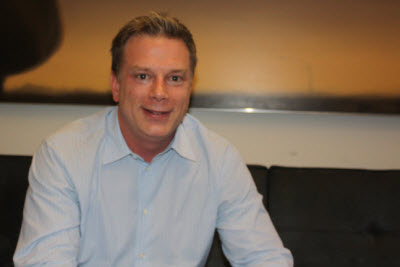 Virtual worlds, those fully-formed, three-dimensional renderings of the real world, are waning as apps take off on social networks and mobile phones. But the mother of the virtual-world craze, Second Life, is bucking that trend and growing.

What’s more, Linden Lab‘s Second Life virtual economy is adapting to the new business model of virtual goods. Last year, in the midst of the recession, Second Life’s virtual goods economy in user-to-user transactions was $567 million, up 65 percent from the year before. And in the first quarter, the growth continued, according to Mark Kingdon, chief executive. The world remains the largest user-generated virtual economy.

San Francisco-based Linden Lab is announcing today that March user-to-user transactions topped $57 million. For the quarter, user-to-user transactions were $160 million, up 30 percent from a year ago. The company’s monthly unique user number peaked in March at 826,000, up 13 percent from a year ago. This was at a time when virtual worlds such as There.com, Vivaty and Metaplace were closing down.

“It has been a vibrant market, and has become a full-time job for some people,” Kingdon said in an interview. “We set another record in March. 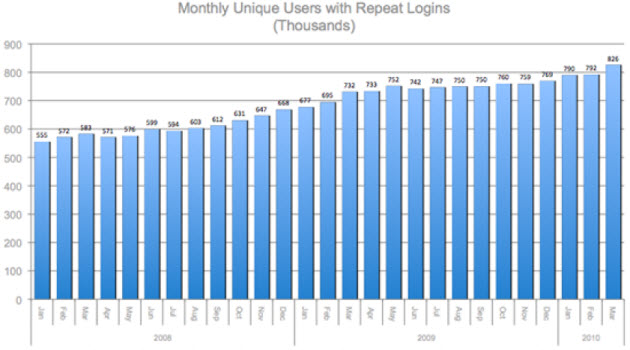 While user-to-user transactions make money for Second Life Residents, as members are called, they indirectly benefit Linden Lab, which makes money through sales of virtual land, premium subscriptions, and sales of Linden dollars, the virtual currency which Residents use to engage in transactions inside the world.

Kingdon believes that Second Life has continued to thrive because it nailed a particular kind of customer: the creative class. These are the artistic people who have fun creating avatars, or virtual characters, goods, and homes inside the virtual world. They put those goods up for sale, making the world more fun and the economy more vibrant. 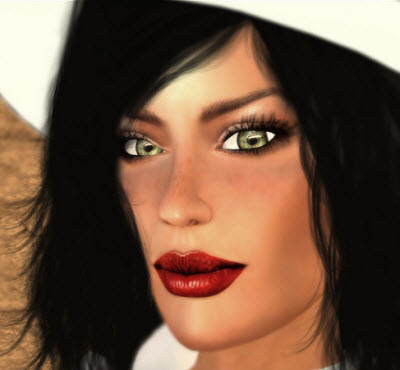 On a trip to Paris, Kingdon met a Parisian boutique manager who designed her own fashions in Second Life. She quit her real world job to work on a Second Life business that had partner designers in Japan. Members are creating 250,000 virtual objects a day and are uploading them for sale in Second Life. That’s a long way from the giant beanstalk, which was the first virtual item created in Second Life, back during its beta test in 2003.

On top of targeting a creative class, Linden Lab has poured resources into attracting new users. It is doing a small amount of search engine ads and affiliate marketing deals, and it is also making improvements in its user interface. Back in December, the company started offering homes to new users. With a single click, a user could move into an incredible Japanese home or a cabin in Lake Tahoe.

It has also redone the experience that users have when they first log into the world. On March 31, the company launched a new viewer, which is used to view the world. It was designed to make 3D browsing feel more comfortable for new users and to make it easier to find places in Second Life.

Second Life has come a long way from its hype cycle a few years ago, when everyone in the media from Time magazine on down predicted a huge gold rush for virtual worlds, led by Second Life. Journalists opened up shop in Second Life, as did major corporations. Reuters opened up a virtual bureau and dedicated a full-time reporter, Eric Krangel, to the beat.

Knockoffs proliferated. At one point, there were more than 200 virtual worlds just for kids. Many have collapsed.

Inside Second Life, lots of companies left ghost towns. But about 1,400 businesses remain, and the online voice chat they engage in generates billions of minutes of usage. Companies such as IBM are staging virtual conferences inside Second Life. 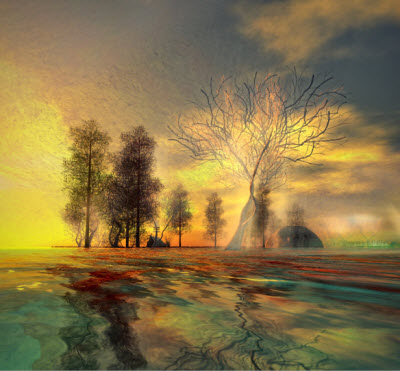 “A fair amount of the press left,” Kingdon said. “The customers stayed.”

Even as Facebook grows past 400 million –dwarfing the numbers of Second Life — more than half of Linden Lab’s customers report that they are active on Facebook. Hence, Kingdon argues that Second Life is complimentary to other social media, which generates traffic for the virtual world.

Linden Lab has 350 employees, but they aren’t creating virtual goods for the company to sell. Linden Lab leaves that up to its Residents, while most of the company’s employees work as developers or in customer support. The developers are hard at work on ways to connect Second Life to the social Web more explicitly, so that content created in Second Life can flow into other places.

“Our strategy is to bring more of Second Life out to the Web,” Kingdon said. “The distinctions between Second Life and the Web will blur more and more.”