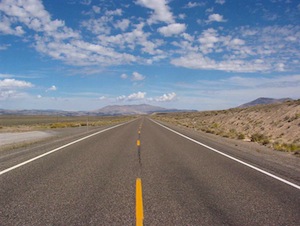 Cloud computing continues to be one of the hot ideas in tech, and it seems like a perfect fit for small businesses. By moving their applications and other computing needs onto someone else’s infrastructure, a small company can essentially outsource its IT to a larger organization.

And for many small companies, especially in the startup world, the cloud has been a boon. For example, Benchmark Capital’s Peter Fenton said last year at a cloud computing panel that about all of his venture firm’s portfolio companies use Amazon’s cloud infrastructure in some way, and about a third operate entirely on the cloud. Billing startup Zuora, for example, employed “not a single IT guy, not one.” (The exact proportion may have changed since Fenton’s remarks, but the underlying point about what the cloud can do for startups remains.)

This Innovation Series is brought to you by Lexus. As always, VentureBeat is adamant about maintaining editorial objectivity. Lexus had no involvement in the content of this or other posts.

But not every small business is ready to embrace the cloud. Forrester estimated last year that only 2 percent of companies with 100 or fewer employees are actually using cloud computing. Even at the cloud computing panel mentioned above, most of the venture capitalists admitted that their own firms were leery of making the switch for security reasons. Some companies aren’t comfortable handing their data over to someone else or having their cloud provider’s downtime affect their ability to work.

Businesses nervous about leaping completely onto the cloud don’t need to stick with traditional IT solutions, which may be too expensive for them anyway. Virtualization, where a computer runs a virtual version of another computer or operating system, is becoming more accessible to small businesses, and can bring some of the benefits of the cloud while mitigating the risk.

One of the major virtualization companies, VMware, is making some aggressive moves in this market. It announced last week that it’s cutting the price of its small business products by half, putting pressure on competitors like Microsoft (which supports virtualization with its Windows Small Business Servers).

The company also released a survey of 309 IT managers at companies with between 20 and 1,000 employees that highlighted the benefits of virtualization for small businesses. Mostly, those businesses choose to virtualize their servers (basically to run multiple servers on one machine) — 72 percent of respondents said they’re using virtualization to improve server utilization, while 57 percent wanted to reduce or contain the number of servers. Survey respondents also cited benefits such as improvement in time spent on IT tasks, data backup and protection, and the ability to adapt available hardware and software to changing business needs.

Ultimately, VMware says virtualization is part of “the journey to the cloud,” as vice president of Vittorio Viarengo described it in Forbes. Businesses start out by running virtual servers, then run more and more of their IT on virtual infrastructure, until more than 50 percent of their data center has been virtualized.

“In this phase, resources can be allocated on demand where and when needed,” Viarengo writes. “IT is nimble. This model for the data center — made possible by virtualization and automation — could be described as a Private Cloud.”

To be clear, this path doesn’t lead to cloud computing the way it’s commonly understood. The idea of a “private cloud”, where businesses can use virtualization and cloud technology to bring some of the cloud’s benefits onto their own infrastructure, is gaining steam, but it has also been criticized by Amazon Chief Technology Officer Werner Vogels (and others) as a “false cloud”.

There’s some debate about whether this approach makes sense for most small businesses. In InformationWeek’s coverage of the VMware survey, columnist Gene Marks argues, “most of the 27 million small business owners in this country have little need for virtualization,” in part because “most of us are not running high-growth, high-storage-type applications.”

And the article’s writer, Fredric Paul, concludes: “For really, really small companies, though, simpler is often better. In many cases, they’d be better off moving to cloud computing solutions, and avoiding having to deal with servers at all.”