Grab Games made the classic boxing game for VR, and Vive Studios is publishing it today on early access on Steam for the HTC Vive. HTC is investing heavily in VR, which could be a $25 billion market by 2021, according to tech adviser Digi-Capital.

Vive Studios is the VR content development and publishing initiative at HTC, the company that created the HTC Vive based on Valve’s SteamVR technology.

“We’re excited to be supporting great developers at Vive Studios, and partnering with Grab Games on Knockout League is another step forward in bringing high quality, super-fun VR experiences to market,” said Joel Breton, head of Vive Studios, in a statement. “Knockout League is a fast-paced boxing game that will give you a real work out, combining the action of arcade-style fighting games with the thrill of physically fighting opponents in VR.”

Grab Games counts ex-Konami developers among its founders. The single-player game is a fast-paced VR experience that was inspired by console fighting games. It’s available today for HTC Vive on Steam for the special early access price of $18. It is also available in China on the Viveport store.

Players have to move, dodge, and swing at cartoon boxers. Players feel the thrill of accurate punches and movement as they stand toe-to-toe with fighters. Foes range from human boxers to fantastic creatures. 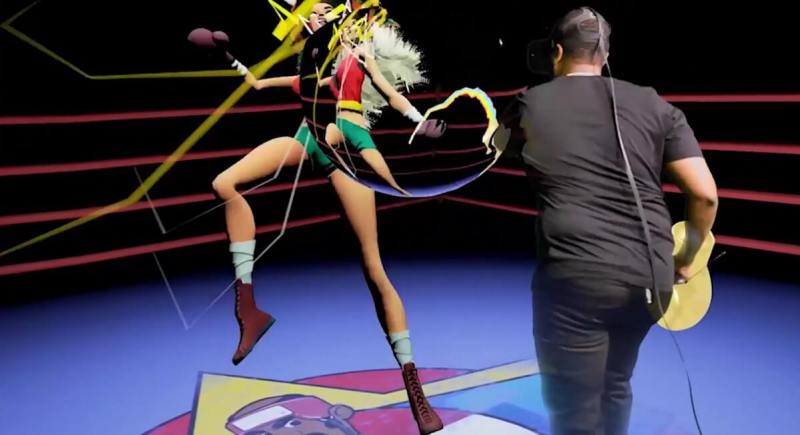 Above: Knockout League is on the HTC Vive.

In the early access version, players have a chance to experience the first four fighters in the game, each with a different fighting style. It will also include a tutorial training mode to teach key game strategies, along with mini-games such as speed bag to get players warmed up and ready to fight.

“As huge fans of the boxing genre, we’ve always wanted to build a unique action-based boxing game, and Vive gives us the perfect platform to realize that vision,” said Anthony Borquez, CEO of Grab Games, in a statement. “We’re eager to see how gamers embrace this kind of VR experience and give us feedback on early access as we create future content. Our team has more than ten years of experience in game development — we’re passionate about games and we want to bring the same kind of memorable experiences to virtual reality.”

Vive Studios and Grab Games will continue to add content between now and the launch of the full version of Knockout League, expected in the second quarter of 2017. In addition, Grab Games is planning to add compatibility for the recently announced Vive Tracker, which enables developers to incorporate everyday objects into VR.