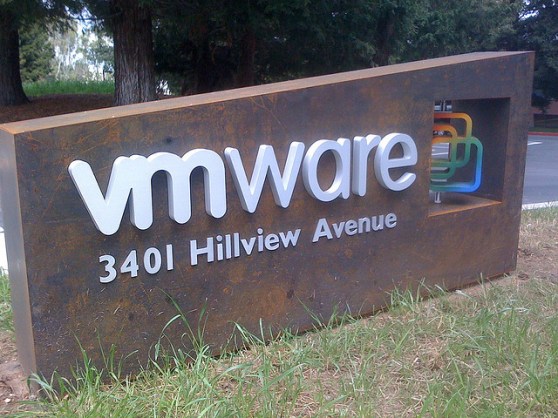 EMC and VMware will announce a semi-autonomous business unit dedicated to cloud services this week, a well-placed source has told me.

The unit, to be managed from within EMC at first, will combine some assets from the parent company along with some from VMware, a company that EMC is a majority shareholder of.

EMC plans the announcement for Tuesday, December 4, according to my source.

EMC declined to comment for this article, and VMware chief technical officer Stephen Herrod gave a resounding “no comment” when I asked him what the rumors would mean for his company.

My source tells me the makeup of the new unit will be close to what GigaOm suggested in the initial scoop. The unit will essentially roll up all the different cloud infrastructure and platform offerings from both VMware and EMC including:

My source tells me that, as many industry insiders expected, the new unit will be run by former VMware CEO Paul Maritz and that Maritz has, since he stepped down from the CEO role, been working behind the scenes on the strategy for the new unit.

Let’s call it “VMCloud” for now, though we don’t know for sure what EMC will call the new unit.

Contrary to initial thoughts, I am led to believe that the new unit will not be a standalone company but rather a composition of different parts, run out of EMC. It appears the plan is to consolidate the different components in the short to medium term and spin it out as a standalone company thereafter. Part of the reason to keep it within EMC in the initial stages is to help minimize the pain of separating out the different units. I am told there is some staff culling involved in the process.

While the move isn’t at all unexpected, it is a surprise that the new unit looks set to remain within the mothership. Much of the reason for dividing the cloud components off is the tension created by the new businesses, which are somewhat disruptive to the traditional revenue streams of both VMware and EMC. Putting them in an autonomous separate company would give the cloud components more leeway to pursue their own business, independent from interference.

There have also been concerns from customers and partners of the cloud units about the intentions of both EMC and VMware. As an example of this, many partners within the Cloud Foundry ecosystem have told me of their anxiety about the intentions of VMware when it comes to the open source PaaS. While they’re excited about the opportunity the initiative brings, they are also mindful of the potential for VMware to act in a manner at odds with the aims of the community. Neither VMware nor EMC are well-known as organizations quick to embrace an “open” style of business.

In my view, the new business, as it looks likely to be constituted, doesn’t go far enough to really give it the ability to stand on its own two feet.

Earlier this year I wrote an opinion piece after the first rumors of the new company were scooped by GigaOm. In my piece I suggested that it would take a complete severing of the connection between VMware/EMC and the cloud business units (Cloud Foundry, Greenplum. and Rubicon) to remove the barriers to further success for the individual units. This is true for several reasons:

In my view, the initiative should be seen as an opportunity to review the whole of both VMware’s and EMC’s businesses. As such they should not only spin out the cloud units together as an independent entity but also take further, bolder steps. Here’s what I think EMC and VMWare need to do:

The individual business units have much potential but, as is often the case, it is only through a logical and consistent mix of products that they can be successful.

VMware and EMC have a big opportunity to build an exceptionally compelling business that could be very competitive in the new cloud world, but it’ll take courage and conviction to make the big decisions that are needed for this to occur.

Ben Kepes is a technology evangelist, investor, commentator, and a business adviser. Ben covers the convergence of technology, mobile, ubiquity, and agility, all enabled by the cloud. His areas of interest extend to enterprise software, software integration, financial/accounting software, platforms and infrastructure as well as articulating technology simply for everyday users. You can follow Ben on Twitter.