Vodpod lets you collect videos from around the web and organize them on your own VodPod page, then share them with others. Typically, a user will pick a theme for their collection, or “pod,” such as the Turkish music video pod example shown at bottom.

The most interesting part: You can then embed your video pod on a separate site. The NewTeeVee blog has a good example.

Vodpod traffic — from both its home site and from embedded collections — is near a million visitors a month; registered users number over 50,000. This growth, says company founder Mark Hall, suggests there’s too much hand-wringing about there being ‘too many video sites.'”

The growth appears to reflect what YouTube is also experiencing: The more users create collections, the more people sign up after checking out those collections, and so the virtuous cycle hopefully continues until the market is saturated.

Still, Vodpod’s traffic is tiny in comparison to YouTube and some other sites. Stiff, increasing competition is driving other video sites to adapt their businesses. Even healthy levels of traffic don’t guarantee decent revenue. Sony’s Grouper/Crackle online video-sharing site, for example, is moving from video sharing toward a new model: It wants to be a studio for talented new actors, animators, etc. (coverage here). Crackle wasn’t making money, even though its traffic was growing. So its goal is to make video hits — and then to distribute them through Sony, making money that way.

VodPod started last fall with the bet that the online-video market was still wide open, and that they have a better tool for collecting and sharing videos. San Francisco’s True Ventures invested an undisclosed amount in June. (True also invested in NewTeeVee’s parent, GigaOm, so there’s a sort of cross fertilization here.) 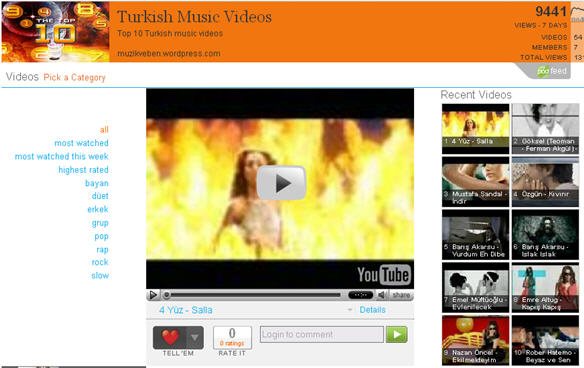