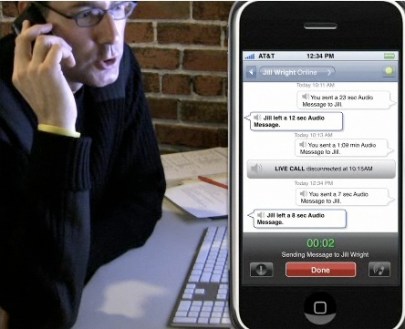 Voice has been transmitted as data for a number of years now, through Skype for example. But the way we use voice hasn’t fundamentally changed: consumers still communicate and leave voicemails in very similar ways as before. Whether voice is carried over a circuit or packet switched network, or is carried as voice or data is immaterial to end users. Without doubt, consumers have benefited from lower costs, and perhaps to some extent, integration of voice with desktop (Skype) and emails, but we are far from declaring a revolution. In other words, pace of innovation in voice applications has not caught up with pace of advancements in software applications. But it could.

Software applications act on data — series of “1”s and “0”s — and when voice is transmitted as data, you can potentially write applications with it that are as powerful as other software applications. For example, imagine voice being tagged and indexed for easy search and retrieval. Many other productive applications become useful when you treat voice as data, and yet we see limited applications in the market (although Google Voice is now all the rage). Part of it has to do with technology, and part to do with inertia of users in changing the way they communicate using voice.

But a young startup called RebelVox, which came out of stealth mode about 6 months ago, has come up with some new and interesting ways to develop apps around voice data. When I read a recent review of RebelVox at TechCrunch, I realized there could be more to the service than is apparent at first sight. So I decided to dig deeper and talk to Mary Panttaja, the company’s vice president of product management and Andy Kelly, general manager of business development.

The following four use cases came out of our conversation and illustrate the type of innovation we may see going forward:

1. Live voice. Check out this video for a demo of this use case. Here’s the traditional phone-call scenario: Caller A calls B. B is not available, so after a few ring tones caller A hears B’s recorded greeting. Then after a few seconds, A leaves a voice message. B gets a notification and calls the voicemail number to hear the message. B then calls back A, but gets her voicemail. The cycle goes on with a decent percentage of time wasted on ring tones, recorded greetings and so on. With RebelVox’s technology there’s no ring tone, instead voice is streamed live. What’s more is that the called party can pick up the “call” or “voicemail” right when s/he is ready, and can seamlessly continue the conversation — sort of like what you’d do when you pick up the home phone while someone is leaving you a voicemail.

2. Continuous conversation. Imagine you are driving and talking at the same time (not recommended by the way). While driving, you enter a tunnel and the signal is lost. You have to continue your conversation at another time. With RebelVox, you can continue talking and if data coverage is lost, your voice can become “voicemail” and as soon as coverage is back, you can continue seamlessly again. Compare it with an instant messenger, which can work offline as well. So while you might lose coverage while chatting, you can send messages that the other party receives when it comes back online, and chatting can continue seamlessly once both parties are online.

3. Group conversations. Why do you use email or other tools (rather than voice) to organize an event for let’s say 10 people? Calling and leaving voicemails obviously wouldn’t be an elegant and convenient way to do it. What if you could design an application, which starts a conference call with all potential attendees, and if someone isn’t available to listen or talk live, s/he simply gets a default voice message with details of the event. All others can join the conversation and you’ll be able to avoid back and forth emails, with just one “thread” of a voice call.

4. TiVO for voice. Have you ever attended a conference call wondering whether you could skip out for 10 minutes to get coffee without missing any important points? What if the voice was being recorded on your mobile device? What if you could come back, rewind, fast forward or skip to live conversation? What if you could review the conference by searching for particular tags or particular talkers? All of this could be possible with the RebelVox platform.

These are just a few sample use cases. I think RebelVox has an interesting platform with great potential. An obvious decision question for them would be whether they should launch their own applications or develop a platform for other developers to build on. They have, for now, chosen to do the latter. They can only launch so many applications themselves, whereas if they license their platform, the sky is the limit when it comes to writing interesting applications. And while the first approach could be potentially disruptive, it’s no easy task to gain momentum in a market where there are several heavyweights — such as mobile operators (who will be increasingly providing VoIP applications in the future), dominant VoIP providers such as Skype and Vonage, as well as several competitors in VoIP applications such as BubbleTALK for sending voice messages, and Google Voice, Skype, Youmail, Verizon Wireless, and SlyDial for composing voicemails.

In the meantime, RebelVox and its developer partners will have to deal with the problem of changing mass-market consumer behavior, as we’re so used to older ways of communicating. It’ll be interesting to see how they do. 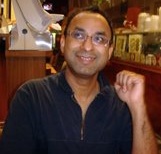 Saad Fazil is a freelance writer covering the mobile space. He also teaches Technology Strategy and Information Economics at Harvard University and is the founder of Whizner Consulting. Prior to consulting, he held business analyst, product management, and sales consultant positions at Kayak.com, Oracle, and Alcatel. He received his MBA from MIT Sloan School of Management, where he was vice president of Venture Capital Club and co-chair of MIT Venture Capital Conference. He blogs at IT Valley.