Voicemod has raised $8 million to expand its business of offering voice filters. People use these filters to change their voices in video games or in virtual worlds, where animated avatars can make your words sound silly.

The Valencia, Spain-based company was founded by three brothers who were musicians in 2009, but it really picked up after shifting a couple of years ago to focus on real-time voice modification for gamers and content creators on the PC. Now Voicemod has more than 10 million downloads and 2.5 million monthly active users.

Bitkraft Ventures led the funding round. The company will use the money to launch mobile apps, expand in Asia, and invest in artificial intelligence voice and speech conversion technologies to create more unique and realistic voices, said CEO Jaime Bosch in an interview with GamesBeat.

Like the old Talking Tom voice-changing apps, Voicemod lets you add autotune to your voice or give your voice a really high or low pitch. You can change your voice from female to male or vice versa.

Some streamers change their voices for gags. Some people can use the tech to disguise their voices. But sometimes that’s a good thing, as the gaming community can be toxic. If you have a child’s voice or a female voice, bullies may give you grief.

This tech is a complex thing to do that requires AI and digital signal processing. The latter takes analog data such as voice and converts it into digital form. DSPs used to require heavy-duty hardware that didn’t produce sound in real time. But now it can be done in software on today’s devices easily, said Bosch.

“We are building a platform to help you amplify yourself,” Bosch said. “We build the voice for your digital avatar. This used to be more like entertainment and apps like Talking Tom were competition. But now it’s more like technologies that really change your voice.” 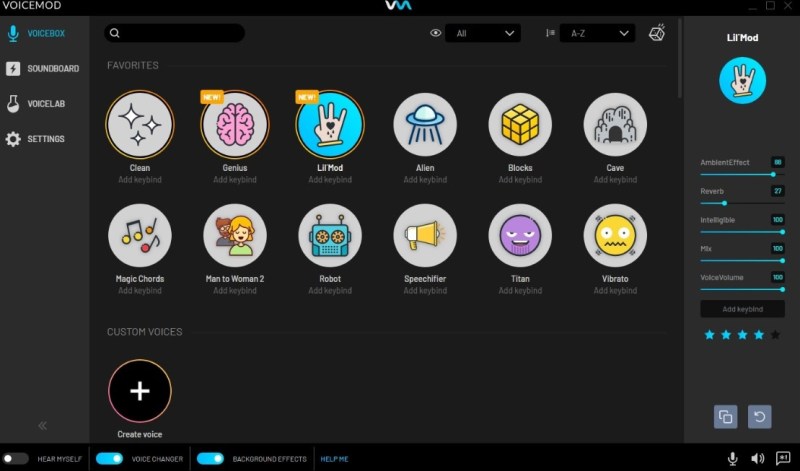 Above: The Voicemod dashboard makes it easy to change your voice.

Now the product lets you switch among various voices, integrate sound memes, or experiment with game play-context related voice effects. You can add the effect of being out of breath after parachuting onto the island in Fortnite, or create an echo while driving through a tunnel in Grand Theft Auto V.

Bosch said Voicemod is a profitable company and has doubled the size of its team since January. It now has 55 employees.

Voicemod is compatible with online games such as PlayerUnknown’s Battlegrounds, Apex Legends, League of Legends, Valorant, Call of Duty Warzone, Minecraft, Roblox, GTA V, and Fortnite. It also works with social, chat, and video tools like Discord, Skype, and Zoom. 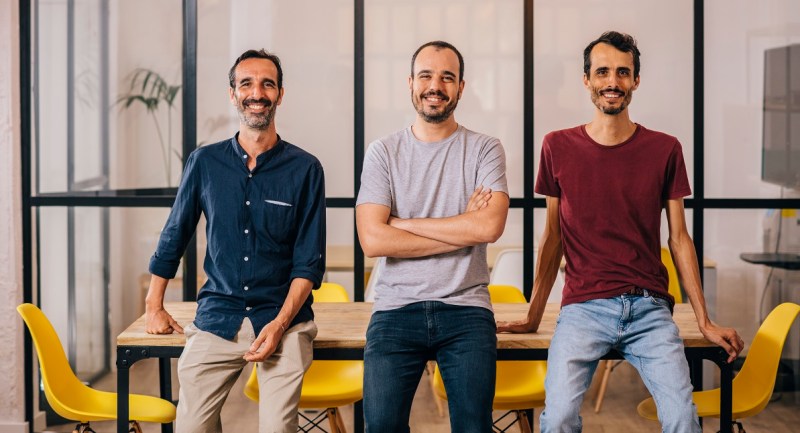 Above: Voicemod founders were three brothers in the Bosch family. Jaime Bosch is in the middle. Fernando and Juan are left and right.

Bosch started the company with his two brothers Juan and Fernando as a side job. They were working on websites and business-to-business tools. Then they started building tools for the iPhone 3GS when it came to Spain. They began early work in mobile and moved to doing it full time in 2014. By 2018, they launched a PC product, and it was the first one to really take off.

“We started with the broader audience, but we found out we had a strong value proposition for gamers and content creators on the PC,” Bosch said.

As the quality of the voice conversion became good, the uses opened up. You can now use the voice filters to create a realistic human voice if you wish, and that can make something like an online game appear to be more immersive or realistic. Now it takes about 1% of your computer’s central processing unit’s performance, Bosch said.

The company will soon have a new product on Android and iOS, Bosch said.