We’ve seen a steady stream of physical spaces devoted to VR and AR popping up recently — hubs where VR and AR developers can share resources, experiment, and network.

One of the first VR spaces was Upload’s Collective in San Francisco, which launched at the beginning of the year as a hybrid coworking space and incubator. It has the unique resource of having Robert Scoble nearby as Upload’s entrepreneur in residence, and its incubator program includes mentors like VR pioneer Tony Parisi and Marco DeMiroz, General Partner at the Virtual Reality Fund.

The Realities Centre debuted in London earlier this month, a coworking space devoted to VR, AR, and MR makers with an incubator program that will launch in early 2017.

“It’s a space to unify all of the startups, independent developers, and creatives within the industry [and] benefits all involved through collaboration to create an innovative ecosystem,” cofounder Thomas Gere told me.

Amsterdam saw the launch of the VRBASE two months earlier, which follows the same model as a coworking space and incubator for VR and AR but also offers an accelerator program that begins its first cohort in spring 2017. VRBASE is set to open a Berlin space early next year and one in Paris by year-end.

The World VR Forum in Geneva is set to officially open its VR lab next month, run in partnership with two production companies, Freestudios and Masé Studios, offering coaching, equipment, and postproduction facilities for selected projects. 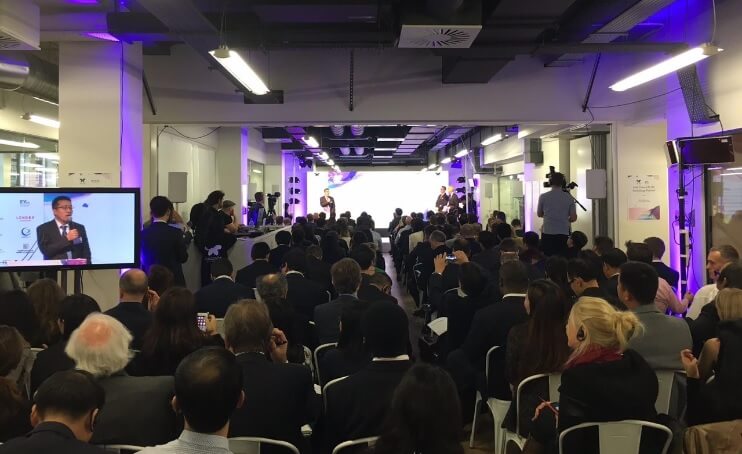 Last week the New York City Economic Development Corporation (NYCEDC) announced the first city-funded VR/AR lab in the US and, as far as I know, the world. They are allocating $6 million in funding to develop and offer a central resource in the city to help accelerate the industry. A request for proposals will be sent out early 2017, and the lab is planned to open by the end of the year.

“We’re hoping to strengthen the city’s VR/AR industry by creating a central anchor that can pull diverse sectors and talent pools together and help New York City capture a greater share of future markets.” Kate Daly, Senior Vice President at the NYCEDC, told me.

Each hub offers a regular stream of events showcasing the latest trends, hardware, and updates from local startups and companies in the VR space. In fact, they are a natural complement to the thousands of meetup groups devoted to VR/AR. The physical hub feels like a natural step in the community maturing.

“Moving forward, we will be hosting workshops and seminars on a variety of topics, as well as lectures and tutorials both for those aiming to enhance their development skills or inexperienced people looking to get started,” said Realities Centre’s Gere.

The VR industry is currently passing through the stage of adoption Gartner calls the Trough of Disillusionment, which means that whoever is betting the farm on this technology will need to make sure they can last a long winter before they see mainstream adoption.

A physical space that offers resources and opportunities to network and cross-pollinate with others working in the industry is an advantage, but the affordabe access to a wide range of pricey hardware that these physical spaces invariably offer is probably a much more important driver.

In each of the new hubs springing up, the monthly membership fees for the coworking spaces provide the revenue backbone to sustain the center. In exchange, members get access to hardware and other resources. Both the Realities Centre and VRBASE also offer access to their green screen studios.

Beyond these individual hubs, YouTube has opened up a set of content-creation spaces — called YouTube Spaces — in nine markets around the world that include VR hardware and resources. The centers are free of charge to YouTube content creators.

“Access to VR tech is one more reason (but it’s not the only one) that creators love coming to the Spaces,” David Ripert, Head of YouTube Spaces EMEA, told me. “We’re readying these creators for the future — when the majority of their audience has a VR headset of some sort — and we want that future to arrive soon!”

The emergence of these VR hubs shows us the world’s VR communities are huddling together and concentrating resources and brainpower so that they can brace for the next chapter of the industry to unfold. During a tough period in the technology’s hype cycle, each physical space also gives its member community a sense of solidarity and validation that they’re working on something important.

Amir-Esmaeil Bozorgzadeh is cofounder at Virtuleap, which provides a sandbox for VR developers and runs the world’s biggest WebVR hackathon. He is also the European Partner at Edoramedia, a games publisher and digital agency with headquarters in Dubai.