The VR industry continues to ride out the trough of disillusionment, prodded by the big tech players like HTC that hope to jumpstart a market that is ultimately driven by genuine and organic consumer demand, but there’s no sign of this actually happening. There might be some traction that pundits base their optimistic forecasts on, but hardly any of that is organic. Rather, it’s a reflection of massive marketing dollars at play.

Meanwhile VR startups with products or services that depend on consumer demand appearing sooner rather than later are left in an awkward position.

“The VR market is still very young and consumers seem to be taking a cautious approach,” Jitesh Ubrani, senior research analyst at IDC told MarketWatch this week. “With plenty of headset options already in the market and even more coming soon, hardware isn’t the issue. The bigger challenge is the slow growth in content that appeals to a mass audience, combined with the confusion associated with a lack of cross-platform support.”

Back in March I wrote that VR accelerators would play a key role in juicing up the quality of immersive content, products, and offerings. That line of thinking would have been sound if it didn’t assume there would be consumer demand waiting for the startups that graduate from the program. Instead, the consumer landscape is still largely barren, and VR startups are bracing for a long winter. 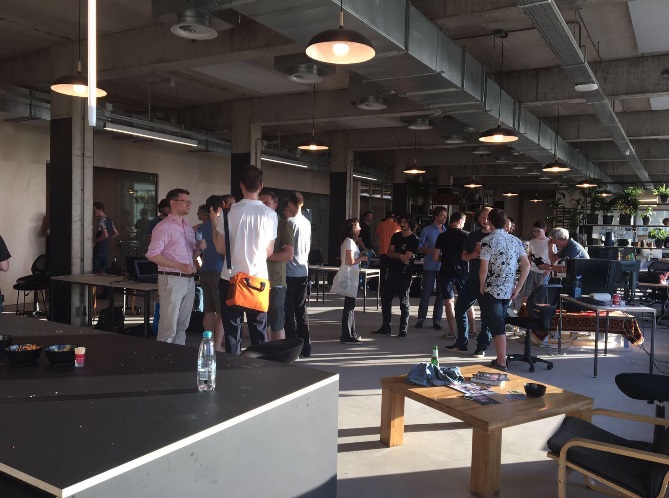 Above: VRBASE co-working space, incubator, accelerator, and studio in Amsterdam.

“I see well-funded European startups that have returned from the US to their home country go into pause-mode or preparation-mode instead of scaling up fast, waiting for the industry to mature a bit more.” Daniel Doornink, founder and CEO at VRBASE, a VR incubator, accelerator, and studio based in Amsterdam and Berlin, told me.

The reality is that consumer demand isn’t growing fast enough, and so many startups even with funding aren’t scaling, choosing instead to go into cockroach mode. An example is the EdTech VR startup, VirtualSpeech, which just graduated from BoostVC, one of the top accelerators that includes VR as one of its specialties.

“VR seems like quite a tough market for startups, particularly selling directly to consumers. There are a handful of games making good money (e.g. Owlchemy Labs) but not too many, and it will take time for headset sales to increase,” Dominic Barnard, cofounder of VirtualSpeech, told me. “Another issue with VR is the usage time and replayability of games/apps when compared to regular games/apps. There were a few companies working with enterprise clients on the BoostVC program and I think this will be the biggest market for VR in the future,” he said.

Okay, so enterprise and B2B is an exception.

Another VR startup to graduate from the BoostVC program is Vizor, one of the most popular and easiest platforms for creating and publishing WebVR content. They recently raised $2.3 million in seed funding led by The Venture Reality Fund and co-led by Inventure.

“We are talking to a lot of clients, and there certainly is a lot of paid VR work available in the B2B space. Because of that, I think the only companies that can afford to scale up a bit are content production studios that work with corporate clients,” said Antti Jäderholm, cofounder and Chief Product Officer at Vizor. “For companies that provide platforms, services, or customer products, the situation definitely is one where we need to be careful. Having said that, we find that clients are really excited about WebVR because of the multi-platform aspect. We are doing projects with institutions and companies that might not be into VR at this point otherwise.”

WebVR, after enterprise applications, is actually the second “exception” area where we are seeing VR movement despite the overall freeze. I’ve been advocating WebVR for some time now as the lingua franca of VR. 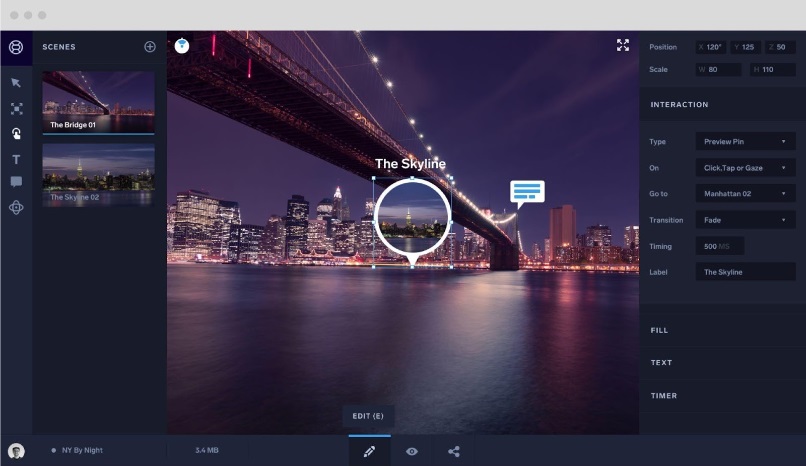 For its part, VRBASE has responded to the chicken and egg predicament by refining its model to include a pre-accelerator mentorship program that runs remotely with startups that have been accepted into its cohort. That program introduces an additional layer of early incubation for its teams while reducing its exposure to harsh market realities that everyone is hoping will take a turn for the better, and soon.

“It makes sense to do a pre-accelerator mentorship program, helping startups to understand the market, develop their product or service, run high-end and visible projects to gain traction and credibility, apply for patents, experiment on how to make content better, more effective, more value-adding etc. [and] do all the things you can do to prepare for when consumer-pull starts growing,” Doornink told me.

Aron Gates and Blaise Marchetti, who together created a collaborative WebVR painting app coined Paint the World, are currently the first team enrolled in that pre-accelerator program. Based in Akron, Ohio, the two founders are working remotely with Doornink across the Atlantic.

It’s extra measures like these that startups will need to take in order to hold on until the consumer market matures. It’s not about whether that market will become a reality but when and how, and whether you’ll still be able to stay above water until it does.