Virtual reality studio Fable has relaunched, shifting its focus from VR to artificial intelligence, with an emphasis on creating “virtual beings,” or believable human characters governed by AI. The company made the announcement at the Sundance Film Festival.

Fable, led by Edward Saatchi, has caught on to a larger trend of virtual beings, also known as digital humans, as a way to marry the artistic work of computer animations with the rapid progress in artificial intelligence. Companies ranging from Epic Games to Magic Leap are working on these technologies in the name of creating artificial beings that behave like the real thing. The companies will showcase virtual beings at a conference this summer in San Francisco.

Fable is also case study in how to shift from one big technology trend to another. Saatchi’s interest in a new kind of cinematic entertainment began as he formed the Oculus Story Studio at Facebook’s Oculus VR division, which made the Oculus Rift VR headset. The studio made award-winning VR short films such as Lost and Henry.

But Facebook closed that studio in May 2017, and Saatchi spun out Fable Studio in January 2018. At that time, Fable Studio released its virtual reality experience Wolves in the Walls, starring the character Lucy. In an interview with VentureBeat, Saatchi said his company is pivoting once again to be a virtual beings company. On top of that, Fable and other companies will launch a new event, dubbed “The Virtual Beings Conference,” in San Francisco in the summer of 2019.

He added, “Five years ago, if you were putting a team together that was half Pixar people and half games, that was controversial. They were different mindsets. Now, that’s what everyone does.”

Fable (which is dropping “Studio” from its name) will show off its first virtual beings experience, dubbed Whisper in the Night, at The Virtual Beings Conference in San Francisco. Whispers in the Night stars Lucy, the digital character from Wolves in the Walls, which is an adaptation of a story from Neil Gaiman, creator of landmark comics and books such as The Sandman, Coraline, and American Gods.

“You can do fun activities, follow their lives,” Saatchi said. “You are part of their life. A virtual being is a character you know isn’t real, but you are building a two-way emotional relationship with them.” 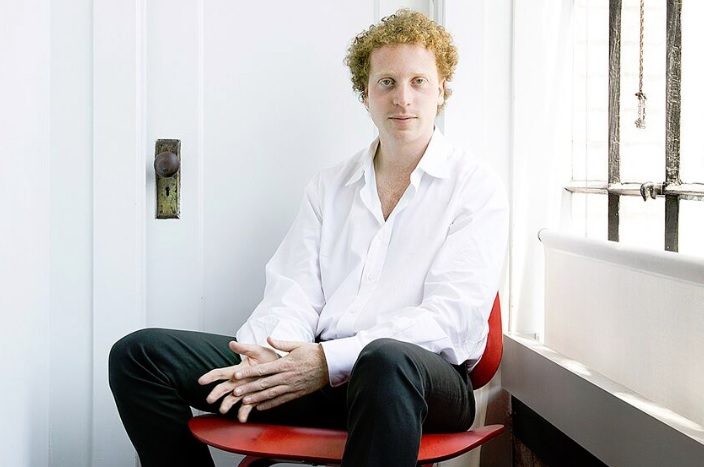 Above: Edward Saatchi is founder of Fable.

The new community of virtual beings startups ranges from Brud’s virtual influencer Lil Miquela on Instagram to Magic Leap’s Mica. Fable itself will host the conference, which will bring together 200 entrepreneurs, investors, immersive storytellers, and machine learning engineers. Speakers include Pearly Chen from HTC, Ryan Horrigan from Artie, and Cyan Banister of Founders Fund.

“Bringing together machine learning engineers with immersive storytellers, will, for the first time, make possible deeply emotional relationships with virtual beings,” said Bannister, in a statement. “Mica from Magic Leap, Lucy from Fable, Lil Miquela from Brud and Janky from Superplastic are a new kind of character. They are persistent virtual beings with who we can have two-way relationships across different media — Instagram, VR, AR, iPad, iPhone.”

Meanwhile, Saatchi said that a new chapter of the VR experience Wolves in the Walls Chapter 2 premieres in April. At Sundance, Fable is showing a new scene involving eight-year-old Lucy. Jessica Yaffa Shamash at Fable is heading that project. 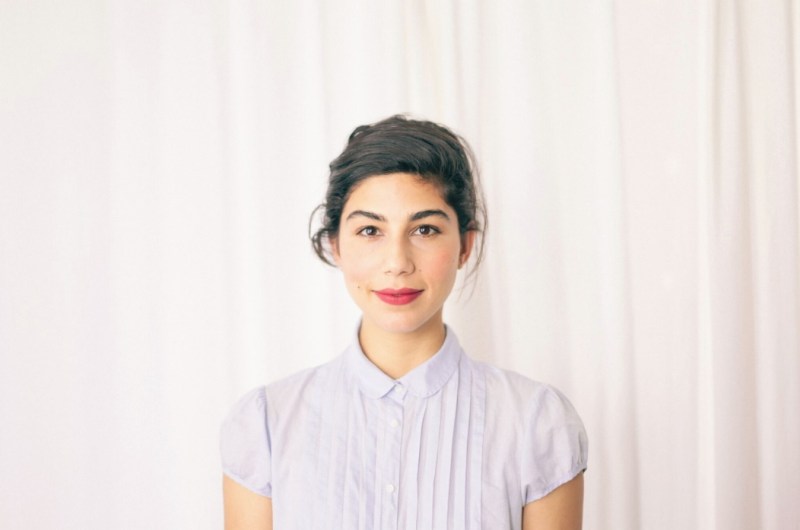 Above: Jessica Yaffa Shamash of Fable.

“We are trying to create a natural, organic conversation,” she said in an interview with VentureBeat. “It feels like you can’t see the technology behind the hood and it should feel like you are conversing with a real person.

Saatchi said the company is now searching for AI experts to hire, as it wants its virtual beings firm to be 50 percent immersive storytellers and 50 percent machine learning engineers.

Lucy herself will stay in the cartoon-style of art, as opposed to the realistic 3D avatars that companies such as Epic Games are trying to make in demos such as Siren, shown off at the Game Developers Conference in March 2018. But Lucy can talk in a secretive way and track the movement of the person she is talking with. 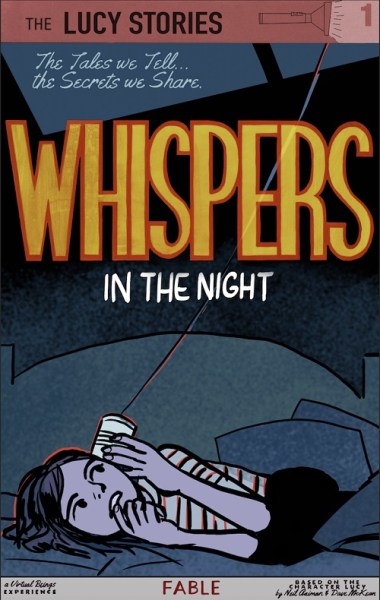 Above: Fable is working on Whisper in the Night.

Ideally, she will remember what we have done and she will interact with different dialogue and emotion. Saatchi wants that interaction to be seamless and complex, so that it is undetectable to the audience. Saatchi is showing some scenes at Sundance that show what happens in the story. Saatchi said that what you do in Whispers in the Night, takes place before Wolves in the Walls, will carry over to Wolves in the Walls. The decisions you make will have an impact. And Lucy will remember you.

Pete Billington, who is also working on Whispers in the Night at Fable, said that it builds on the emotional systems of Wolves in the Walls. These mnemonic techniques will lead to intuitive interactions that bond the audience and the character.

“We at Artie believe virtual beings/avatars are the future of entertainment, and what comes next after video,” said Ryan Horrigan, CEO of Artie, in a statement. “The first time you have an intimate, personal conversation with your favorite character, it’s rather profound.”