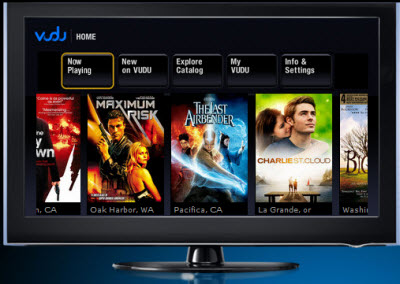 Game consoles are becoming the portals to entertainment in the home. The latest evidence of that is the impending launch of the Vudu on-demand movie-streaming service on Sony’s PlayStation Network.

On Nov. 23, PlayStation 3 owners will be able to access the Vudu library of more than 4,000 high-definition movies via their game consoles. The movies will feature 1080p HD and Dolby Digital Plus 5.1 surround sound.

Vudu’s movies include a lot of recent Hollywood hits, indie films, and other new releases. You can pretty much use this to deliver a movie theater experience in your home. For two-night rentals, you pay $2.

Last month, Vudu announced that its movie service would be available on the new Boxee set-top boxes and the Boxee software on the PC. The point is to help the company spread its movie content to as many platforms as possible, said Edward Lichty, general manager of Vudu.

Susan Panico, senior director of the PlayStation Network, said that Sony’s goal is to make its network into a leading entertainment hub for digital content. Players who have a free PSN account can download the Vudu app from the “media” category of the PlayStation Store and then access it under the video icon on the PS 3’s cross media bar (XMB). New customers get a $5.99 credit.