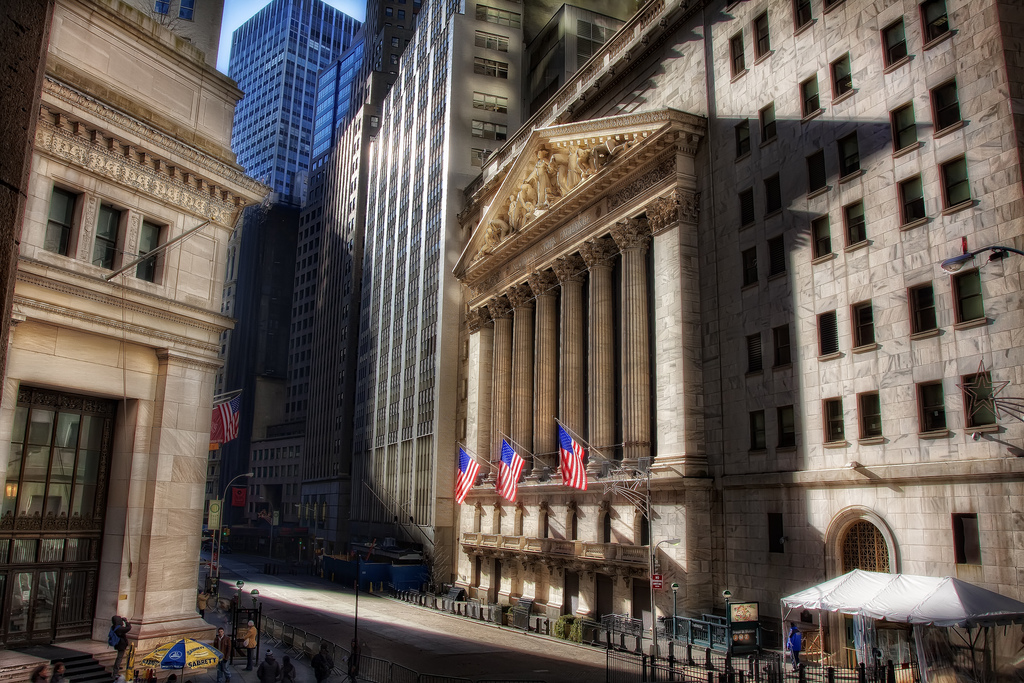 Apple CEO Tim Cook talked more directly to the financial world today at the Goldman Sachs Technology and Internet conference than, perhaps, he ever has before, telling the pinstriped and necktied money managers of the world that Apple’s focus is on the long term, is still the center of innovation in the technology world, is not likely to acquire any major companies any time soon, probably won’t increase the screen size of the iPhone to match Android tablets, and won’t rush to produce a cheaper iPhone just to ship more units.

“I’m very proud that we’re out front, that we’re changing people’s lives, that we’re doing what’s right and just in moving the ball forward,” Cook said today. “I don’t mean to gush, but it’s how I feel.”

In other words, Wall Street ain’t buying what Cook has to sell.

By the end of the day, the picture had not changed much: AAPL was down $12.03 — a 2.5 percent drop in value, equivalent to about $12 billion. That’s a little shocking for a company with dominant smartphone market share in the U.S. and a price-earnings ratio well under 10 when you take out its cash on hand. But analysts are worried that Android is going to eat Apple’s lunch in smartphones and tablets, and Apple’s desktop numbers in its last quarter were nothing to write home about either.

And given that Apple, which had established a reputation for exceeding analysts’ expectations for years, missed the Wall Street consensus numbers by about $500 million, analysts are adopting a wait-and-see attitude.

Perhaps anticipating this reaction, Cook did end his chat with a bit of a barb:

“We don’t care if people are lobbing grenades from the sidelines.”