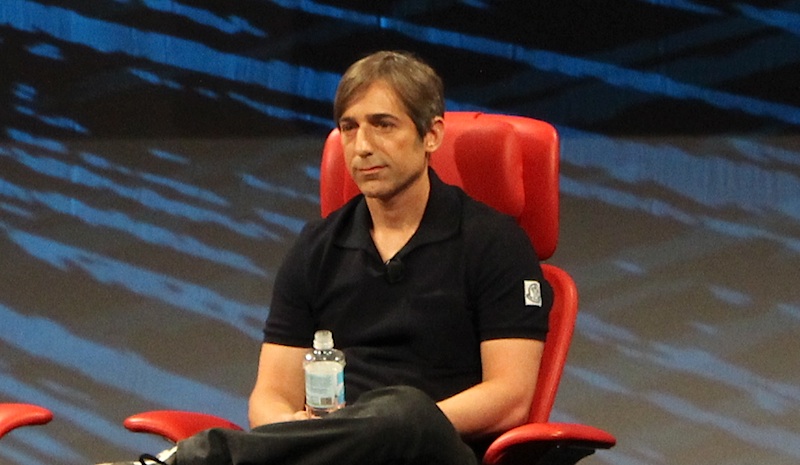 Zynga chief executive Mark Pincus insists his company is innovative. They hold hackathons, have reinvented the company several times, and are always trying to invent news ways to keep you amused.

But the company is often accused of being a copycat, “borrowing” hot ideas from other companies shamelessly. So it didn’t help much when, pressed for an example of his company’s innovative ways, the best he could come up with was this:

That’s right, FarmVille fans, you’ll soon be able to take hipster-ish photos of fantasy farms and share them with your friends, just like the massively popular Instagram app.

To be fair, his company has done more than any other single company to transform social gaming over the past several years, so a single copycat feature isn’t necessarily representative of the company’s innovation strategy. But it wasn’t a good choice of examples for a company that attracts a large share of haters.

Pincus was speaking onstage at All Things Digital 2012, also known as D10, a high-powered tech conference hosted by AllThingsD’s Walt Mossberg and Kara Swisher. Swisher, who has known Pincus for years, didn’t hesitate to press Pincus on a range of uncomfortable topics, including the company’s disappointing post-IPO performance and its massive dependence on Facebook, whose recent IPO has also been disappointing.

But Pincus wasn’t particularly forthcoming with news. The only real nugget of interest was his acknowledgement that, yes, Zynga did talk with Rovio about a possible acquisition.

“We’ve talked to them in the past,” Pincus said about the maker of the mega-successful Angry Birds.

Pincus didn’t seem ruffled by his company’s stock market performance or the burdens of being a public company CEO. “We knew for a long time we were going to go public,” he said.  “When you get to a certain size, you really start being more and more similar to a public company. So it wasn’t a huge transition for us.”

And he’s not concerned about the day-to-day movements stock market, Pincus said, either for his own stock or for other companies.

As for Facebook, he said it was one of several important “accelerators” of Zynga’s gaming business early on, “and Facebook was by far the best.” But he wouldn’t get into specifics about how much, exactly, of Zynga’s business is dependent on Facebook. Instead, he preferred to talk about the mobile market, where he says Facebook is important — but not as singularly important as it was in the web and desktop world.

“Mobile is this huge opportunity, but right now it’s really fragmented,” he said.