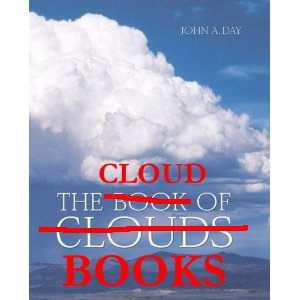 Books have long stood apart from the rest of the media world, run by an oddball clutch of publishers, distributors and retailers whose practices have little in common with other traditional media formats, let alone new media. But as books head into the cloud, driven by players like Amazon.com and Google, they stand to be transformed by advertising and social networks.

This week, Google and Amazon.com both announced Web-based bookstores. For now, they’re just offering extensions of the online-bookstore model pioneered on specialized e-book readers like Amazon’s Kindle. But they hold the potential for far greater change.

The last e-book battle, still being fought, concerns hardware devices. Amazon’s Kindle competes with Barnes & Noble’s Nook, and both are fighting Apple’s iPad and the coming onslaught of Android-based tablets.

The new Web-based bookstores, however, profoundly alter the war. E-book providers could use social data gathered from readers to deliver targeted advertising around and perhaps even within e-books. in doing so, they could attempt to lower e-book prices to attract more customers and (counterintuitively) win back publishers.

Physical books are priced to capture the costs of content development, printing, and physical distribution, with retailers taking a cut to cover their costs and make a profit. In e-books, we’re left mostly with content costs — authors, editors, designers, and yes, even agents have to be paid for all their hard work and creativity — but publishers and retail distributors like Amazon.com, Apple, and Google clearly have to capture some profit, too.

Google, the newest entrant to the fight, could be poised to make some big moves. Combining the social layer of e-books with the company’s proven AdWords advertising platform, its new eBooks store could target ads to readers on e-books at substantially lower prices, and still make money.

That is, if publishers go along. There’s a fraught battle over who gets to set book prices — publishers or online bookstore operators. Today, Amazon.com pays a wholesale price to publishers for physical books, and sets its own retail price, sometime taking a loss on new hardcover books to keep market share and attract customers. It aims to do the same with the Kindle. Apple, on the other hand, has been more accommodating to publishers, offering to act as a sales agent for publishers who in essence sell directly to consumers at a price they choose in its iBookstore.

With today’s announcement of Kindle for the Web, some have resurrected the notion that “e-books are still too expensive.” One could argue that on the Kindle, Amazon needs to charge enough to capture the costs of its subsidized hardware and free wireless delivery of books. On the Web, Amazon doesn’t have even those costs — so users are paying $9.99 to read text on a website, an offensive notion to some consumers who are unaccustomed to paying for content online.

Could advertising change the game and make these pricing debates irrelevant?

To date, books haven’t made for much of an advertising medium, given their long shelf life. Typically, one might see house ads for other works by an author or publisher, but that’s it; most advertisers have too short a time horizon to advertise in books.

Analyst James McQuivey, who’s looked closely at the e-book market for Forrester Research, insightfully reminds us that the advent of Web-based bookstores turns this whole notion upside down.

On the Internet, the books can stay as timeless as ever, but the ads could always change depending on who’s reading that particular title — or, thanks to a new social layer, what their friends are reading.

To be sure, advertising has not been as profitable as publishers of other print media have hoped. But it’s hard to see Google, which makes most of its multibillion-dollar profits through advertising, treating content retailing as much more than a sideline. As online advertising spending continues to rise, and online consumers continue to resist paying for content delivered on the Web, it seems like a natural move. Information wants to be free. Why not books, too?