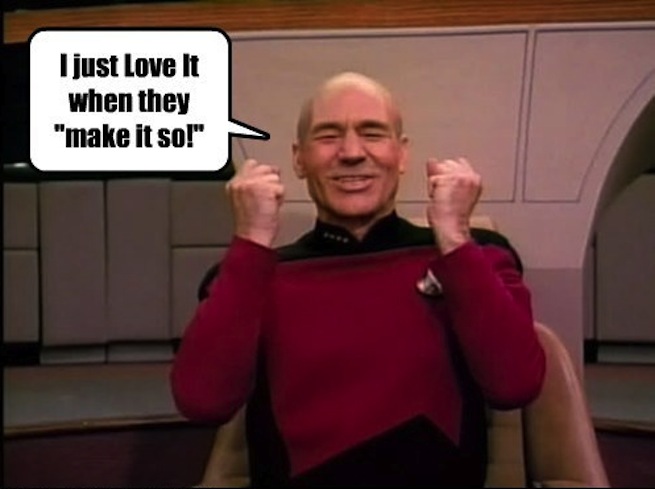 Non sports fans probably aren’t that excited about the onslaught of collegiate basketball games during this month’s  March Madness tournament, but thanks to Hulu there is another option available to occupy your time.

Yesterday in celebration of William Shatner’s birthday, the streaming video service has decided to allow its users to access every episode of popular sci-fi series Star Trek for free. That means users will be able to watch three seasons of the original Star Trek; seven seasons each of Star Trek: The Next Generation, Deep Space 9, and Voyager; and four seasons of Enterprise. All you need to do is live in the U.S. and have access to Hulu’s website.

And to keep in step with the March Madness theme, the site is letting users vote on which episodes to feature on the Homepage on a daily basis. (See the amazing chart below.)

The promotion is going on through the end of March, so it’ll be nearly impossible for you to consume the several hundreds of hours of Trekkie goodness in its entirety. However, I’m assuming you’ll still be able to have access to these shows for the foreseeable future if you’re subscribed to Hulu’s premium $8 per month subscription service, Hulu Plus. 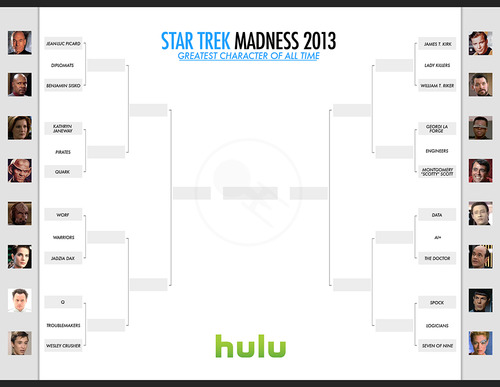