A new initiative is launching today to help draw attention to the growing number of startups that make all their company financial data available to anyone.

Courtesy of Alabama-based Baremetrics, a company that provides analytics for Stripe-based payments, Open Startups features seven startups right now, but Baremetrics will be adding to this over time.

Perhaps the highest profile of the companies involved is Buffer, a San Francisco-based startup that provides a range of social-scheduling tools for marketers and the public alike. The company has more than embraced an open philosophy when it comes to company data, revealing everything from revenues and funding to equity and even employee salaries.

Indeed, Buffer unveiled its real-time public revenue dashboard via Baremetrics last April, shortly after Baremetrics itself began doing so, while blogging platform Ghost joined the fray a few weeks back. Independently, companies such as Groove have publicly revealed their revenues too, though not quite in so much detail.

According to Baremetrics’ founder Josh Pigford, more than 125,000 entrepreneurs are following this data to help them recognize how well (or not) they themselves are doing.

With the launch of Open Startups, Baremetrics is now looking to bring all this data together into a centralized repository as the companies involved push the transparency agenda. “Open Startups is like a real-time case study and lesson in growing your business,” said Pigford. 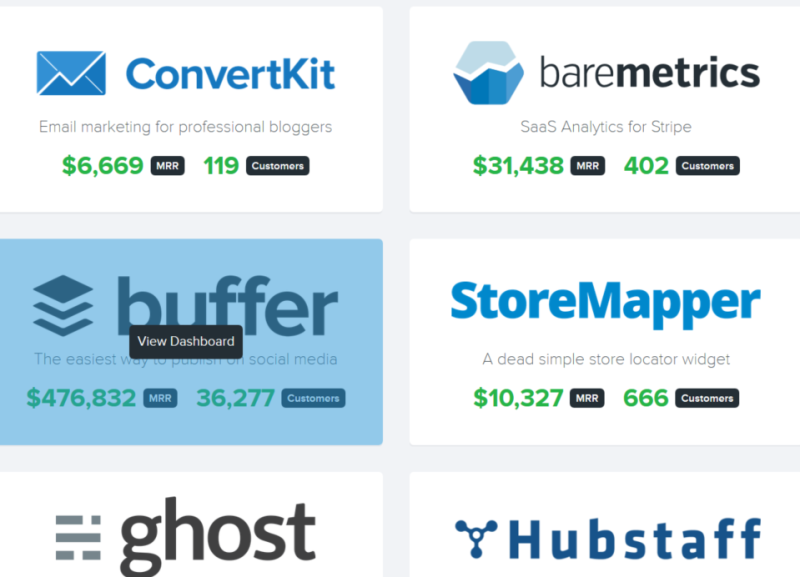 Above: Some Baremetrics participants

There is also a real-time ticker down the right that shows whenever a new piece of data enters the mix. This defaults to “everything,” but you can filter it so you just see “new customers,” “charges,” “refunds,” and more. 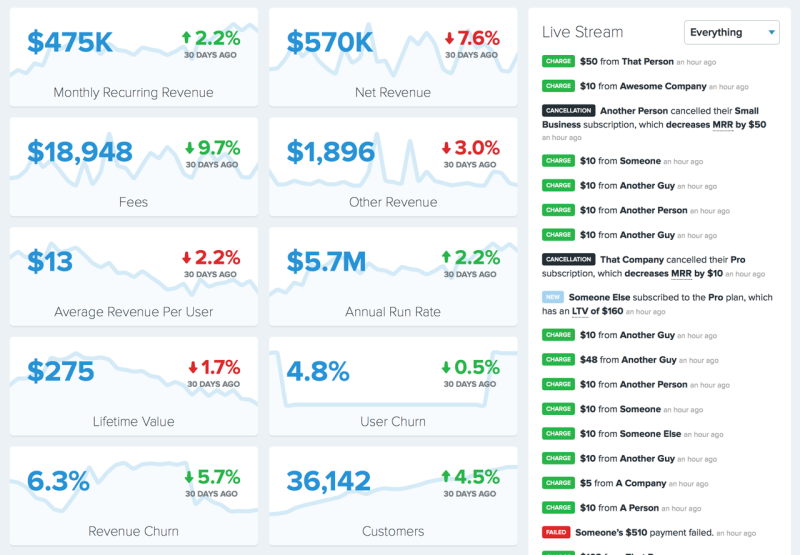 Not everyone agrees with this method of operating, of course, with some arguing that a degree of privacy is important for a number of reasons. But the positive sides may well outweight any downsides.

It turns out that customers love transparent companies, with Buffer cofounder Leo Widrich revealing that they enjoyed their biggest day ever for signups after revealing the full details of their funding round last October.

Granted, much of this is down to the publicity generated by Buffer’s extreme transparency — after all, Buffer even makes its internal emails public by cc’ing a list that is widely accessible. But there is little question that consumers like knowing that they’re dealing with companies with nothing to hide. Naturally, Pigford agrees.

“We created Open Startups as a way to highlight these companies that are embracing transparency,” he said. “Using Open Startups, you get to discover and follow along in real time with the ups and downs of startups that want to run open and honest companies, which is great for both customers and for new startups who don’t know what ‘normal’ for their stage company is.”

So what began as a simple experiment for Baremetrics, one that repurposed its own technology that was designed to help its customers track their Stripe payments, is flourishing into something bigger. You could say it’s starting a trend. There may only be seven companies on board for now, but Pigford said he’s hoping to have a “couple of dozen” on by the end of the year, and he’s talking to company founders every week about the project.

“Many need a little extra convincing,” Pigford said. “But we believe this initiative will help more startups feel comfortable with the idea and make the jump.”