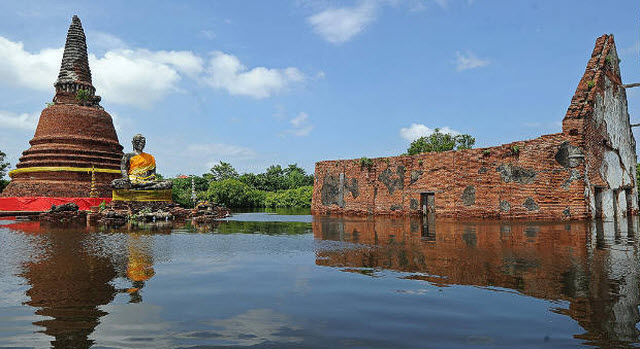 Western Digital, one of the world’s biggest storage companies, said today that it has resumed hard drive production in Thailand as flood waters recede in that country. But shortages will likely still happen in the current and future quarters.

The Irvine, Calif.-based company said in a statement today that the restoration of the company’s factories in Thailand had progressed  better than expected and that production has resumed this week. One-time charges will be about $225 million to $275 million for the December quarter, and the company is going to make a business insurance claim of $50 million and file an unspecified claim for business interruption as well. But now it believes its upcoming quarterly results will be at the high-end of its previous estimates, which were made in the midst of the flooding.

It restarted production of hard drives this week in one of its buildings in Bang Pa-in (BPI), Thailand, a week ahead of schedule. This factory had been submerged in six feet of water since Oct. 15. The area was pumped dry on Nov. 17, main power was restored on Nov. 26, and production restarted Nov. 30.

The company has also removed all submerged slider manufacturing equipment from the BPI facilities for assessment, decontamination and refurbishment. It has begun decontamination and restoring of its remaining buildings. WD expects to restart head slider production in BPI in the March 2012 quarter and begin production in a new WD slider factory in Penang, Malaysia at aboutt he same time.

The company’s other Thailand hard drive facilities at Navanakorn remain under approximately two feet of water. The industrial estate is expected to be pumped dry within ten days at which point the work of decontamination and refurbishment will begin.