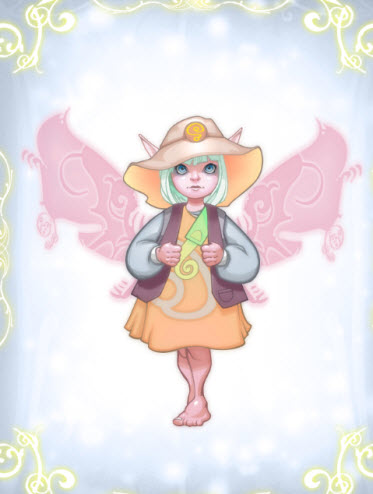 WebWars is launching its Weblings game today, which makes a game out of surfing the web. You use the web to search for and rescue magical, fairy-like beings called Weblings.

On certain sites, you’ll encounter animated bugs that you have to fight (the layering of the game over regular web pages is called “layered reality”). With each bug you defeat, you unlock a piece — dubbed a character shard — of the Webling. When you unlock a Webling, you can use its special strengths or weaknesses to fight against the 10 different kinds of bugs. The more bugs you defeat, the more Webling characters you collect.

The game runs in a web browser and thus relies on Adobe Flash animation, which makes the battles between the the Weblings and the bugs look fairly cartoonish. When you beat a bug in a battle, you see a canned animation; there’s no cool squishing action. WebWars is taking a bit of a risk launching a game with such primitive graphics in the age of rich 3-D games.

But Cindy Armstrong, chief executive of the Austin, Texas-based game company, said the novelty lies bringing in the limitless expanses of the web. You can go to specific web sites to capture science or art-related Weblings, or you can wander aimlessly in a kind of discovery mode, searching for bugs to kill.

“The idea came from our thoughts on how to keep people coming back every day,” Armstrong said.

To fully capture a Webling, you have to acquire all of the pieces of the Webling from different web sites. The game has a list of safe web sites for kids to visit. The game is geared toward girls ages 13 and older, though the audience may turn out to be older and include males as well. 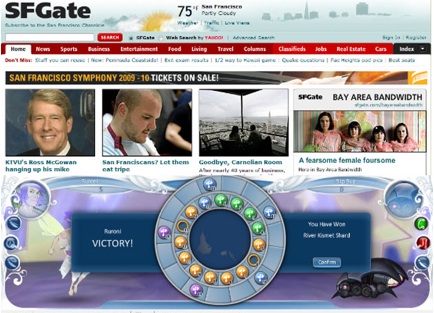 Competitors include RocketOn and Weblin (though Weblin’s site says the company is insolvent and is now part of Club Cooee). RocketOn refers to these layered games as “parallel virtual worlds.” They’re particularly clever in that the game designer doesn’t have to create much, since the existing web really supplies the various tourist destinations within the game.

The game will be free-to-play, meaning you can start out playing for free. If you want to buy something, such as something that customizes your magical character, you can do so with micro-transactions. You can make friends with other players through the game or through Facebook. And you can send them gifts and earn rewards, which you can use to decorate your own virtual space in a Webling village (below). You can develop that space into a cottage and use it to store the things you win over time. If you win a rare item, you can trade it.

The company has raised less than $5 million to date. Mike Heisley, founder of the The Heico Companies (a construction company) and majority owner of the Memphis Grizzlies basketball team, is both chairman and an investor. Armstrong was most recently chief executive of Webzen America, the U.S. arm of a Korean game developer.

WebWars was founded in July 2008 and has 40 employees. 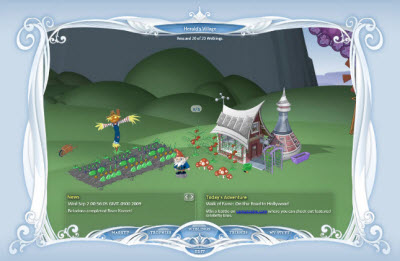