Games are played by more than a billion people, and games have become a $116 billion industry. But that doesn’t mean they are as accessible as they should be. I dipped into this topic on a tour of the Microsoft Inclusive Technologies Lab back in October, and I found it’s a field that is just getting started.

At the diversity symposium at Casual Connect USA 2018 in Anaheim, California, a panel of people who have thought a lot about inclusivity addressed the issue of making games more accessible.

At Microsoft’s tech lab, a sign says, “When you do not intentionally, deliberately include … you will unintentionally exclude.” The lab and this panel are meant to change the perspective of game designers and challenge their assumptions about what accessibility really means.

Here’s an edited transcript of the panel’s conversation. 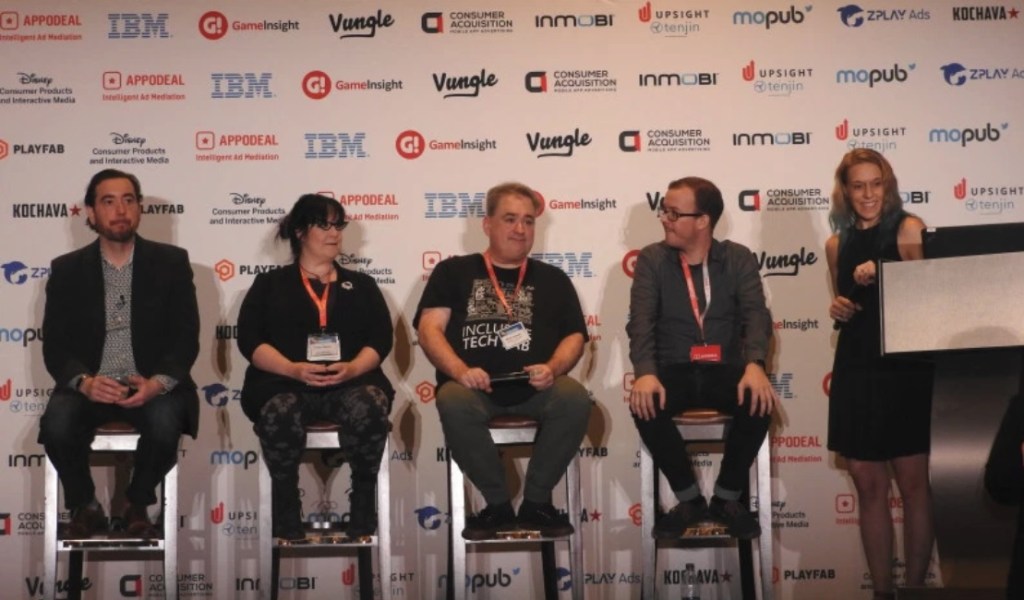 Hollie Figueroa: This is the product of a Twitter conversation on game accessibility, game design, game difficulty, and how they all relate to each other. I threw out a question to my colleagues, and we had some great discussion. I think we all learned something, and we wanted to continue that with some experts and applied knowledge.

Bryant Cannon: I’m a lead engineer at Night School Studio. We released a game called Oxenfree two years ago, almost today, and we’re working on a game called Afterparty that comes out next year.

Bryce Johnson: I’m a designer at Xbox, where I work with our software teams, hardware teams, and game studios, primarily around inclusive design. We try to make our products accessible to everyone.

Heidi McDonald: I’m senior creative director for an organization called iThrive. We promote the development of games that increase positive psychology practices, such as empathy and kindness. I’m the game expert on a team of scientists who are figuring out how to develop games for those outcomes.

Mark Barlet: I’m the founder and executive director of the AbleGamers charity.

Figueroa: Let’s start off by defining difficulty, which is how the conversation first started. What does difficulty mean to you? What does it mean to your users, and is that different?

Cannon: To me, difficulty has two definitions in games. First one is, who is your target audience? What is the literacy level, gaming literacy, that your audience is comfortable with? The other is when you’re scaling difficulty in the game because you’re trying to teach the player something through game mechanics. We use difficulty to set a lesson plan for teaching players those mechanics.

Johnson: The one misconception about people who advocate for accessibility in games is that they don’t want difficulty. That’s the furthest thing from the truth. Difficulty is why we play games — assonance, dissonance. The way we look at it, though, difficulty is not a single unified spectrum. It’s a bunch of independent attributes that can be applied across many facets.

When I talk to people about difficulty, I talk to them about fit a lot, this idea of custom fit difficulty. How do you tune difficulty for one person? That fit is an opportunity for us as an industry.

McDonald: I think difficulty is tied very closely to player motivation. If you look at Nick Yee’s site, Quantic Foundry, he has a really cool survey that will spin out, “Here’s one of 14 motivations that are important to you when you’re playing.” There is a motivation called mastery, and that’s the people who love core games, the people saying, “I love Dark Souls because it’s really hard.” There is going to be a class of people for whom difficulty in games is a challenge, and they love it.

Other than that, I think difficulty has to do with things that might impede your player from having an enjoyable experience of your game. If I’m a deaf person and your game is built around audio, that’s going to impact my ability to enjoy your game. Any factor that, if missing, could impede enjoyment of a game. 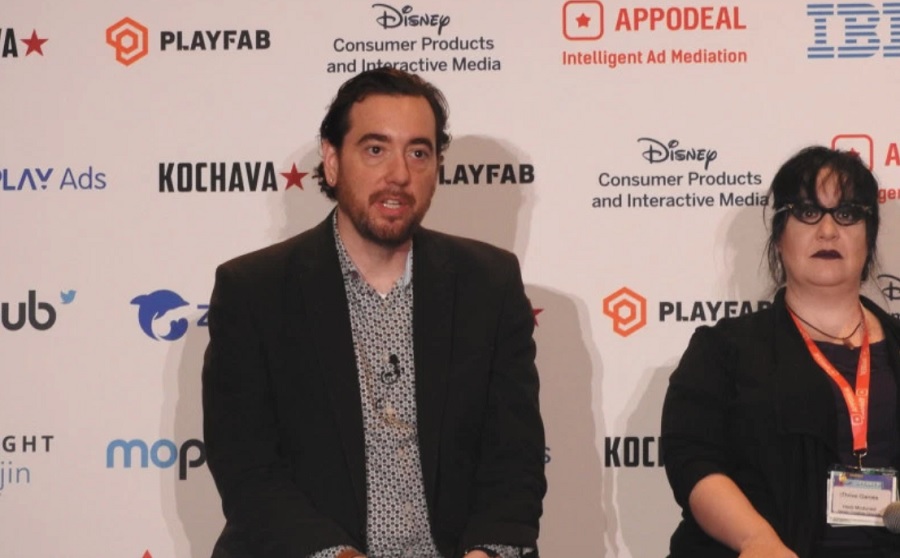 Barlet: To that point, difficulty to me is the joy of progressing through your game. If I’m not enjoying moving forward in your game, then it’s too difficult.

Figueroa: I tend to define difficulty as that friction, but that friction looks different to me even throughout my day. This idea of sliders and that continuum where it’s not linear, but it’s a whole bunch of different options that you can scale and change at any time. As I play a game myself, I change my difficulty needs throughout the game.

McDonald: It might not just be physical, either. Our organization deals more in the mental-health space. There’s a really important game that came out a few a years ago called That Dragon, Cancer made by a father whose child had died of cancer. That game was too emotionally difficult for me. All I had to do was hear about the premise and say, “No.”

Barlet: I was on a judging panel for Games for Change, and they gave me five games to play. One of them was about coming out, which was really interesting. One was about surviving the Holocaust. One was a mental-health game. Afterward, they critiqued the experience, and I said, “If you look at what you gave me, you laid it on real heavy.” And they didn’t even think about this. “You need to give me maybe two games this heavy, not five.”

McDonald: We shouldn’t say that those games don’t have a place or shouldn’t be built. There are just certain considerations that go along with that. Do you want to think about trigger warnings? Do you want to think about changing the perspective of the player in relation to what’s going on? One of the things we see with empathy games is people will try to make a game that traumatizes their player in the name of understanding and awareness, and that might not be the best way to go about it. There are considerations around that.

Figueroa: This is a whole aspect of difficulty that, as an industry, I don’t think we fully understood. Psychology is so important in games. We use psychology in game development knowingly all the time. Difficulty is still one of those things that hasn’t actually clicked, myself included, amongst many people.

Johnson: I would caution us to be very precise with our language, too. In the gaming industry, we like these big buckets of terms like “cheating” and “toxicity” and “difficulty.” There’s a lot of nuance in there. One thing we need to do as an industry when we think about how we classify games is have a very precise way of saying, “This is what this game is. This is what you can expect.” Whether it’s a trigger warning or saying, “Hey, if you don’t have the fingers of a twitchy 17-year-old you may not like this.” It’s metadata.

Cannon: I think a lot of it is — you start with your core audience. You need to figure out who you’re making this game for, what their literacy level in games is. For Oxenfree, we set out to make a game for people who didn’t necessarily play a lot of games, who didn’t know that generally you press A to confirm things and B to back out of things. That’s something that, from playing games for years, you just get accustomed to.

Our games are unique in that we don’t have much — we’re not trying to make a difficult game, but there is that emotional difficulty. Your main character’s brother has recently passed away, and that’s something that could be difficult to deal with. As you play the game, the choices you have, the dialogue choices, become more and more serious, more weighty. I can see how that’s a kind of difficulty. 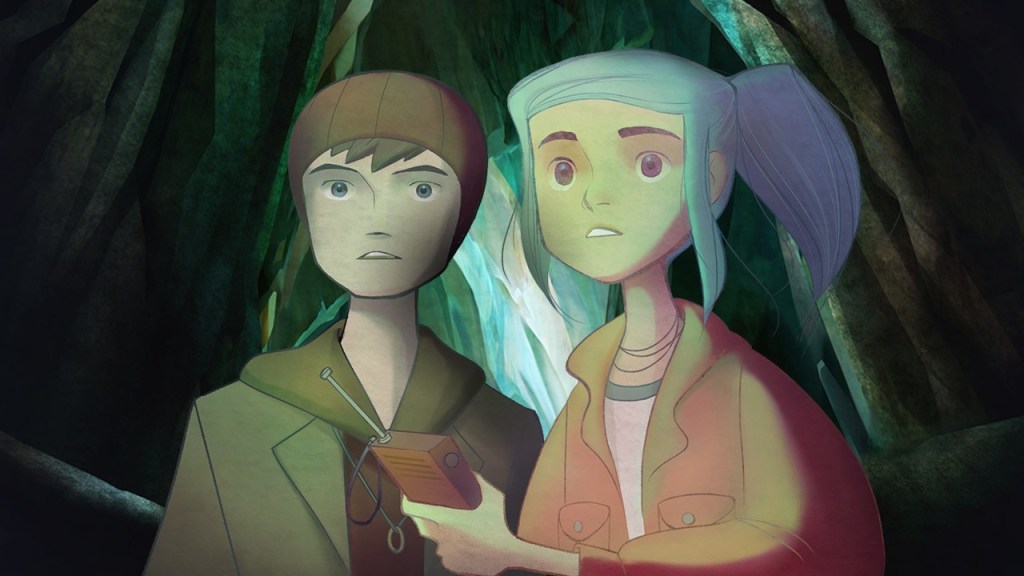 Above: Oxenfree is designed to be accessible.

Figueroa: Oxenfree has a unique UI system as well. When you started designing that interface, did you have any reference? Is it something that just naturally came out as the game was developed?

Cannon: The reference was other story-based games like Mass Effect or Walking Dead or any narrative game, where you have dialogue options. We wanted to make that the focus of the game, so we mapped all that to face buttons. That way, you have these three options on the screen that match up to the face buttons. The way that works is very intuitive. We didn’t have to teach the player too much. We just have to say, the first time a choice comes up, “Use these three buttons,” and it makes sense.

Johnson: I always encourage people to make sure that you’re not coming in with too many preconceptions from your own experiences.