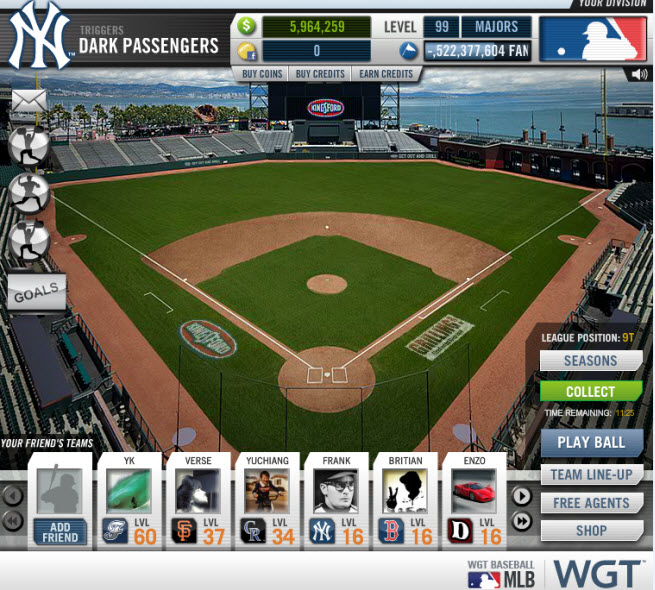 It was inevitable that World Golf Tour would have to rebrand itself as WGT. After all, a company can’t live on golf games alone. So the company is announcing it has changed its name and is revealing a new baseball game on Facebook as part of an expansion into more sports. 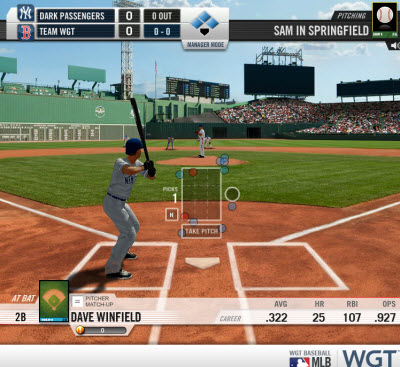 WGT has been testing WGT Baseball: MLB for some time, and it already has 200,000 monthly active users. That may sound small to Zynga’s CityVille, the biggest game on Facebook with more than 42.2 million monthly active users, but WGT discovered years ago that they could make lot of money building games for hardcore sports fans.

In the short term, San Francisco, Calif.-based WGT hasn’t advertised WGT Baseball: MLB. But it has already become the largest baseball game on Facebook. It is like a fantasy sports league, where you manage a realistic professional team.

The title is a free-to-play game, where Facebook users can play for free and pay real money for virtual goods. It puts fans inside their favorite MLB ballparks in high-definition virtual reality. But it’s not like a 3D-animated game that you’d see on consoles.

Rather than focusing purely on action, you manage your team and try to win as many games as you can, building up the stats of your players who are also your Facebook friends. In the actual gameplay, your player stands at the plate ready to swing. You have to click on one of nine boxes that indicate where you think the rival pitcher will throw the ball. If you guess right, you get a hit or a home run. If you guess wrong, you swing and miss. 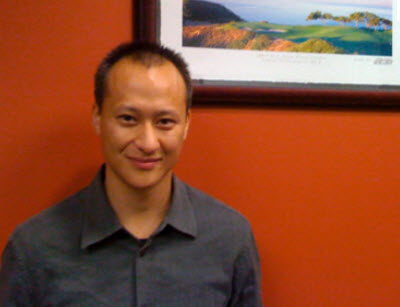 Rather, it is a game you control with a computer mouse that has limited interactivity and limited animations. It’s just enough to keep the play interesting but not so much that you have to invest hours in the game. It’s a casual Facebook experience where you can play socially with friends and compete at your own pace. The more you score and win, the more points you earn. You can use those points to buy better players.

As with World Golf Tour, WGT has figured out how to make money from the game. You can buy boosts that will increase your odds of hitting the ball, but you can’t buy your victory outright. You can play in a home-run derby, a single-inning game, or month-long seasons.

Cheng said that the company takes its time making high-quality games. It was founded in 2006 but has only launched two games, now. Part of the issue was that the team had to continuously upgrade and improve World Golf Tour as an ongoing service. They polished the game as much as they could and then finally expanded to create a new development team for the baseball title.

“There is a constant trade-off,” Cheng said. “We are a focused company and did not want to be distracted.”

Now the team has 40 employees. That’s the highest it has been since the founding in 2006.

“We won’t have 40 million monthly active users, but we will have passionate fans, and we hope to retain our players extremely well,” Cheng said. “I do think there is pent-up demand for sports games on Facebook.”

That means that Electronic Arts will likely one day expand into the social sports game market in a bigger way beyond its current titles. But EA has many enemies to fight, and WGT is one of the smaller ones.

The company got the MLB brand name thanks to the success of World Golf Tour. In that game, golf fans can play in foursomes and chat with each other while competing on photorealistic golf courses from around the world. The game has around five million registered users, but they’re very active. All told, they have played more than 200 million virtual rounds to date and have made World Golf Tour into the No. 1 online golf game. World Golf Tour makes money in part because players buy virtual golf equipment from sponsors such as Callaway and Ping.

Cheng said that the company hopes to expand to a full suite of sports games over time, but it is taking its time to make sure it makes each game right. WGT’s investors include Battery Ventures, Jafco Ventures, and Panorama Capital. WGT has raised $20 million to date.