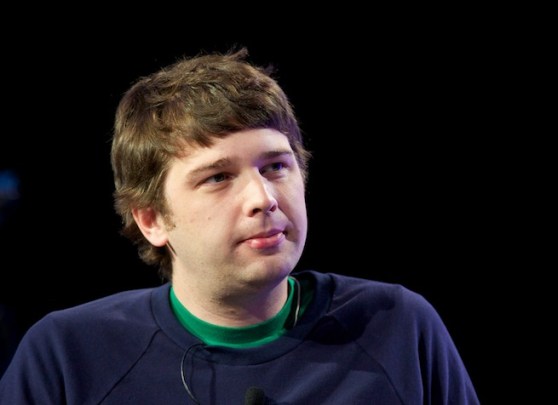 A new chapter in Groupon history began last week with the ouster of Groupon CEO Andrew Mason. After a devastating earnings report on Wednesday, Mason was ousted by the board on Thursday.

As Groupon’s most vocal critic (disclosure: I’m short Groupon), I wanted to take a look at what changes we might see and the state of the business today. Unlike many of my previous posts, this will contain little advice for the company.

The biggest change I expect to see — and one that Mason’s departure from the company signifies — is the elimination of the wide disconnect between reality and management’s claims about the state of the business. While Groupon’s stock was tanking 26% in after-hours trading, Mason was telling investors and analysts on the earnings call, “We’re quite proud of these numbers.” At the beginning of the call, he said “Q4 provided the best evidence yet that customers love Groupons.”

I felt like Megyn Kelly of Fox News when she was talking to Karl Rove giving optimistic projections for Romney on Election Night. “Is this just math that you do as a Republican to make yourself feel better, or is this real?,” she asked Rove. I’ve always wondered if Groupon management genuinely believed the crazy optimistic messages they spouted or if they understood the deep, deep trouble the company is in.

Mason’s departure memo to employees seems to acknowledge the latter. He wrote to his former employees:

If you’re wondering why… you haven’t been paying attention. From controversial metrics in our S1 to our material weakness to two quarters of missing our own expectations and a stock price that’s hovering around one quarter of our listing price, the events of the last year and a half speak for themselves.

Those rushing to lionize Mason for the transparency of his departure memo should note one thing he left out: He’s walking away from the company with more than $200 million. Not bad for a performance that saw 75% of the IPO value disintegrate in less than a year and that hurt many, many small businesses. Even those that didn’t run Groupons are struggling because of the discount pressure that Groupon has created in the marketplace. I’ll happily be your fall guy for $200 million.

The other big change I expect at Groupon is that the editorial team will be decimated. This was a change I called for in the fall. Groupon and Mason made the mistake many people do: They assumed correlation was causation. Because Groupon started off with an editorial team that wrote whimsical (some would say absurd) descriptions of businesses, they assumed it was a necessary part of the business and hired rapidly. At the time of the IPO, they employed 1,259 editorial employees. That’s a team that would dwarf most newsrooms around the world. As of December, the New York Times employed 1,100 people in the newsroom. (Groupon hasn’t published updated numbers since the IPO.)

Most of those people could be fired without adverse impact to the business. If Groupon still has 1,200 editorial employees, I estimate that it could add $6-$8 million to its quarterly income with this change. According to several sources within Groupon, Mason (himself a music major) was the primary protector of the editorial team.

Beyond those two changes, I view Mason’s departure as largely symbolic. The core structural challenges that face Groupon still exist. As I’ve said from the beginning, daily deals were a faddish business model. Revenue from the daily deals business that investors paid a hefty premium for declined 14% in Q412 compared with the quarter a year earlier. That decline was more than offset (the way Groupon accounts for it) by growth in the Groupon Goods business.

Consider some of the other things that Groupon has claimed that have turned out not to be true:

We’ll never have to pay for marketing again. This was a refrain heard often from Mason during the lead up to the IPO. It was OK to spend hundreds of millions on marketing, because once Groupon had someone’s email address, they could keep marketing to them for free. Anyone who has ever run a subscription business knows how ludicrous that claim is. As Groupon stated on its conference call, purchases from emails are a declining share of purchases.

Consumers want to be “shocked” by ultra-low prices into buying things they hadn’t considered. Groupon instead is now touting its Dealbank, a database of evergreen deals. You can come to Groupon any time and find these deals. This reduces dramatically the urgency to purchase that the deal-a-day service promoted. I believe it’s also bad for small businesses because it destroys their pricing power if deals are omnipresent. Because Groupon also needs to get customers to check out these deals, it will have to spend on search engine marketing. If you still believe in this space, you might as well invest in Google — they’ll make money on it regardless. (Disclosure: I’m long Google.)

Customers love Groupon and will be with us for life. Groupon had significant customer deactivations.

Small businesses will keep giving us a big cut of their revenue for marketing. On the call, Groupon admitted that it has been adjusting its take rate downward to get better quality merchants on board. If the daily deals business model were compelling, Groupon should have been able to increase its take rate as hundreds of its competitors went out of business.

We can get high margins without having to deal with messy inventory. In the daily deals space, Groupon was able to be a broker and take a steep cut just to refer business. With Goods, it is processing inventory and having to deal with fulfillment. And the cut it gets is razor thin.

Groupon Scheduler, Groupon Now, and Groupon Payments are important parts of the merchant “operating system.” It seems every few months Groupon would trot out a new line of business and claim it would be the next big thing to help its flagging stock price. When Groupon publicly announced payments, its stock shot up. But payments is an incredibly difficult business with low margins. And Groupon’s success in it is somewhat dependent on its success in the daily deals business, which is in decline. Groupon has all but stopped talking about the other two.

Groupon Goods presents another challenge for Groupon. Because consumers can easily compare prices online, it has to be ultra-competitive and it has to beat Amazon. (Which is known for thin margins.)

So even though Goods will grow in volume, it won’t have great margins.

There’s only one man that Wall Street lets get away with razor-thin margins. But I don’t see Jeff Bezos lining up to be CEO of Groupon.