In May 1996, Open Market completed a successful IPO and more than doubled on the first day of trading, ending with a $1.2 billion market capitalization.  We had recorded $1.8 million in revenue the year before. 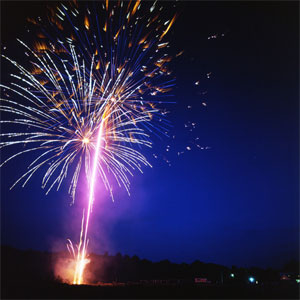 If investors observing this extraordinary phenomenon in 1996 were to have concluded that the technology market was in the midst of an unsustainable bubble, they would not have been wrong.  But if that observation led them to refrain from investing in the Internet sector, they would have missed one of the most stunning legal creations of wealth in history.

In 1997, a Charles River Ventures fund yielded a stunning 15x return, backing such superstars as Ciena, Vignette and Flycast.  Matrix had a fund in 1998 that yielded an eye-popping 514+ percent IRR.  The Internet bull market continued to run for four more years after the Open Market IPO, finally ending in the spring of 2000.  The average venture capital fund raised between 1995 and 1997 returned more than 50 percent per year.

Amidst all the recent talk of boom vs. bubble, there is a hue and cry that the current environment may smack of 1999.  But what if it’s actually more akin to 1996?  What if the fundamentals are good enough to support four more years of insane behavior before the music stops and the natural business cycle correction settles in?

The chart to the right from a recent Economist on unemployment made me pause and consider this question.  As evidenced from the unemployment curve in the last economic cycle, these business cycles can often last 4-5 years.

2009 was the trough year of the most recent business cycle – and a deep trough at that. 2010 was a year of firming and climbing out of a hole, but the tepid IPO market and general macroeconomic malaise seemed to linger until late in the year (similar to how 1995 felt).  2011 is the first year where it feels like a real boom – much like 1996.

Employment lags economic output and is an admittedly imperfect indicator, but if you continue the analogy, it may be that the next 4-5 year boom cycle lasts until 2015!

The point here isn’t to be Pollyannaish.  I recognize that we have major structural issues in the global economy and they are perhaps more daunting than they have ever been.  And the recent run up in the stock market has many arguing that the bull market won’t last much longer.  If oil soars to $150 per barrel, a few more sovereign nations default on their debt obligations and gridlock persists in Washington, we could be looking at another recession as soon as 2012.

Yet, with entrepreneurship on the rise, with this generation of young people (“the Entrepreneur generation”) surging in their use and interest in technology and digital content, with some of the positive fundamental forces in innovation, it may just be that the music may not stop for another 4-5 years.  Wouldn’t that be something?