More than 75 years ago, amid the hysteria of World War II, more than 120,000 Japanese Americans were incarcerated in detention centers across the U.S. GuideSpark CEO Keith Kitani became intimately familiar with that history, as it affected his own parents and extended family. They were held against their will in one of the greatest constitutional failings of American history.

I can relate to this, as my own family faced similar circumstances in the wake of Pearl Harbor. I felt a certain kinship with Kitani, who was a sansei (third-generation American) from Pasadena, California. He is a serial entrepreneur in Silicon Valley and now runs a company that handles employee communications software in Menlo Park, California.

Kitani recently wrote a post about what the legacy of Japanese American internment means to him.

“If I were to fast-forward 75 years, how would history characterize this new immigration ban, which targets immigrants from seven predominantly Muslim countries, regardless of background or status? When the chaos at airports ensued, applying the executive order to all entrants, including U.S. citizens, dual citizens, Green Card holders, valid visa holders, and refugees, it all sounded eerily familiar,” he wrote.

Given U.S. policies toward today’s immigrants, it’s hard to say if we’ve learned anything from our past. But it is worth studying this history, even if you’re not descended from Japanese Americans, because we have all inherited this legacy.

(I worked with Paul Kitagaki, a photographer for the Sacramento Bee whose images are included in this post, in a story on Japanese American photos for an upcoming issue of Alta magazine.)

Here’s an edited transcript of our interview with Kitani. 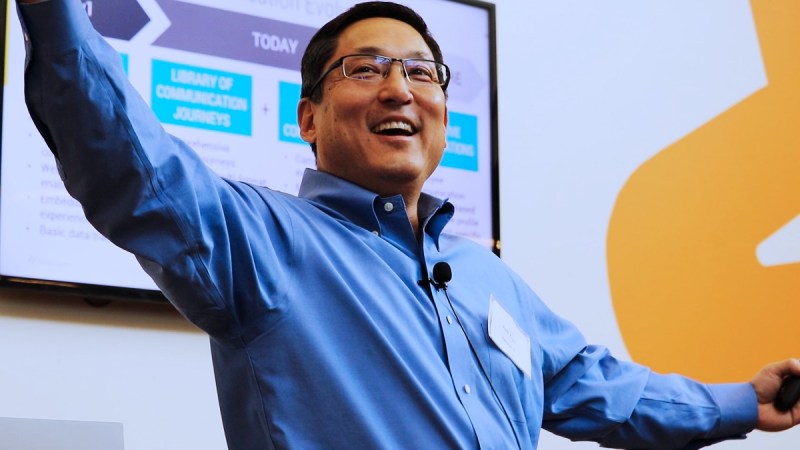 Above: Keith Kitani is CEO of GuideSpark.

VentureBeat: Could you tell me about your background?

Keith Kitani: I’ll focus on my professional background. I was an electrical engineer. I got my MBA and have been pretty much in high tech since then. The more relevant part is I started a company in the late ’90s. We sold to Macromedia, which was bought by Adobe, and it’s now Adobe Connect. That was my first company. Then I started GuideSpark about 11 years ago. I’ve now spent more than 20 years in online learning and communication solutions. I don’t know how I got there. I certainly didn’t think about it when I was growing up. But I got there.

VentureBeat: That must have taken a long time to take off, Adobe Connect.

Kitani: Yeah, it is. I think they told me a little while ago that it had crossed $1 billion in lifetime sales. That was pretty cool.

VentureBeat: So you get $600 million of that?

Kitani: Could I go back to Adobe and ask for that? [laughs] I don’t think that’s how it works. I wish it did.

VentureBeat: What does GuideSpark do?

Kitani: GuideSpark is employee communication software that helps organizations communicate to employees around programs and information. One of the ways I think about it, it’s a marketing automation system for internal communications. The tie to diversity is that one of the big things around what we’re able to do is help organizations really personalize and target communications to different employee demographic segments. There’s been so much today that’s focused on one-size-fits-all. We’re trying to enable a much more personalized communication experience.

VentureBeat: Where are you based?

VentureBeat: Have you been running this the whole time as CEO?

VentureBeat: On the Japanese American subject, where did you grow up? Were you a nisei or sansei?

Kitani: I grew up in Pasadena. I’m a sansei.

VentureBeat: When did your grandparents come over, then?

Kitani: My grandfather on my mom’s side came over in the early 1900s. My dad was kind of a unique situation. They came over, his father passed away, and they moved back. Then they sent him and his brother back to the U.S. as the war was breaking out. Then he was interned. His mom and sister stayed in Japan. He had a very different upbringing. But they had come over in probably the 1920s.

VentureBeat: Where had they settled? Was it around Pasadena, or did your family migrate there?

Kitani: My mom was actually in Utah, Salt Lake City. That was where she grew up. They moved to L.A., and my dad had grown up in L.A.

VentureBeat: I grew up in Sacramento, but I know there were very big Japanese American communities in L.A. During World War II, what happened to them?

Kitani: My dad, as the war was breaking out, he and his brother came to the U.S. They were taken care of by guardians, and then they went into the internment camps. In Utah, they only took community leaders. My grandfather was interned, but my mom was not.

VentureBeat: Do you know which directions they went, where they were interned?

Kitani: My father was at Manzanar. I think my grandfather was in Arizona. I’d have to look up exactly where. I could ask my mom, but I don’t remember exactly which one he went to.

VentureBeat: Did they end up losing property or other things, beyond the disruption in their lives?

Kitani: My dad was a weird situation. He came back as a young kid with his guardian. They didn’t really have anything. For my mom, it was tough. They had a small business, a grocery store, but without my grandfather, it was pretty tough times. With him gone it was hard for the family to keep up all the things they used to do. That’s what led to them eventually moving to L.A. a few years after he got out, after the war.

VentureBeat: For you, what was it like growing up? Did that history have any effect on you?

Kitani: It was interesting. I wrote a blog post with a little bit about some of this. I didn’t learn a lot about my dad’s history until later in life. He kind of just kept it all to himself. It wasn’t a story that he talked about a lot. It was just this piece of time in his life. When we were kids, we would go visit Manzanar, but it was only as I was getting older and he was getting older — really about 10 or 15 years ago — that we spent more time and I started to understand exactly what it was, the impact it had on him and his family.

I don’t know if that’s more generational, or — though his experiences, I think, through the internment and the challenges he had, he kept everything internal. He didn’t want to bring that on the rest of us. That’s kind of how he lived his life. I think a lot about that. You’re obviously of Japanese heritage too. Do you have anybody in your family who was interned? 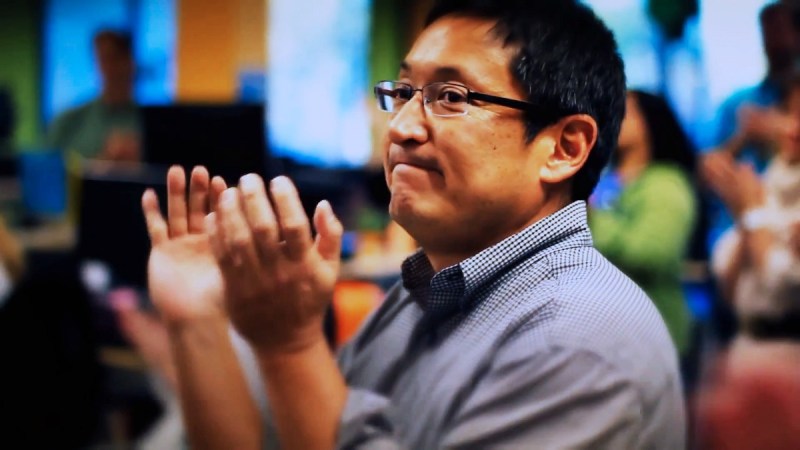 VentureBeat: Yeah, my father and his whole family, and then about half of my mother’s family as well. My mother actually got stuck on a visit to Japan just before Pearl Harbor. She stayed there until she could come back after the war was over.

Kitani: Yeah, my dad’s story was, the last time he saw his mom — she passed away during the war in Japan — was him and his brother on a boat waving to her on the dock. That was the last he saw of her. All those things — you would think my brother and I would have heard more stories about them, but we really didn’t.

One thing that’s always stuck out to me, you don’t see very many Japanese American tech CEOs, or CEOs in general. You probably see and hear more, but have you seen very many?

VentureBeat: As far as CEOs — who’s the fellow that ran Solectron?

VentureBeat: Right. I knew Ko. He was pretty rare. That must be the biggest company that I’ve seen associated with a Japanese American. Do you know many yourselves?

Kitani: No, that’s the same one that comes to mind for me. It’s really interesting. There’s a pretty large Japanese American community. If I think about fellow CEOs, other people who went to Stanford business school with me, there were very few Japanese Americans. I’ve always wondered how our upbringings and these kinds of scenarios have impacted that.

Talking about diversity, I’ll add another one I thought was interesting. I found out recently that Ko Nishimura went to the same high school I did. There’s a few years difference, but we both grew up in Pasadena. He grew up in a different time period than me, but one of the things I thought was really interesting for me, I was in Pasadena when it was integrated.

I learned a lot about this recently because one of my classmates just wrote a documentary that he released this year on the history of that. It’s interesting, as you think about diversity — we were in Pasadena, but it was integrated. All the student populations were racially integrated. I had that throughout my whole educational experience, from elementary school through high school. I was watching that documentary, and it was interesting, because one of my friends was quoted in there. He talked a bit about how we didn’t know the difference. We just thought the diversity was normal.

That high school experience, my whole educational experience, around diversity has been interesting to me. It was just ingrained in me, as opposed to something that I’d consciously think about it. But it was interesting to hear him say, “We didn’t know anything different.” Diversity was the norm. Then you come up here and have other experiences that are so different. But back in those days in Pasadena, it was one of the first school districts west of the Mississippi to be integrated. I rode that through my whole career. 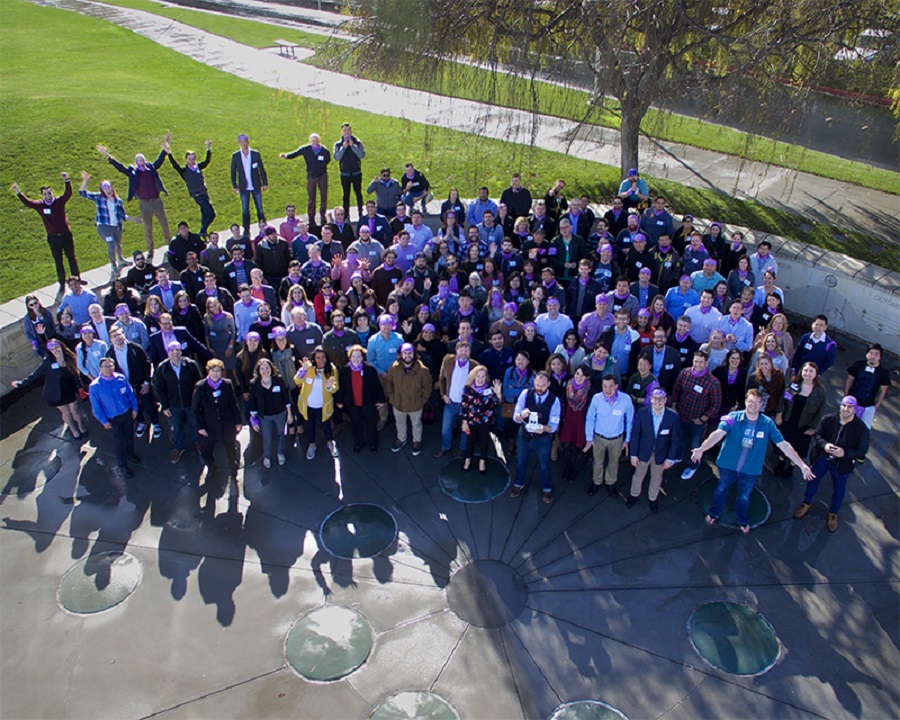 VentureBeat: What’s interesting about Japanese American history is that so many more people than Japanese Americans know about it. They look at the internment and see lessons in it — the constitutional issues, the diversity issues, the human rights issues. The legal history as well. In some ways it surprises me that it’s part of a liberal education about what it means to be an American.

Kitani: It’s interesting to see and think about that. I’ve often started to think about the impact it had, and the people who had to go through it, like my dad. How did it impact me? How did it impact you? It certainly did have an impact on our lives and how things have evolved. I’ve not seen anybody who’s done a study on it, but I know it has. I think about hearing these stories and seeing how my dad acted. It made it a bit clearer. We are the result of our upbringings and our experiences.

VentureBeat: You mentioned your dad didn’t really talk about it. How did you learn about it? Was that from someone else in your family, or did you eventually have conversations with him?

Kitani: I sat down with him and said, “Hey, dad, you’re getting old. It would be great to start writing about this, documenting the things you’ve done through your life.” That’s when he started to really share about it. I don’t know how your dad was, but my dad kept a lot of that stuff to himself. He wasn’t an emotional kind of guy. He kept it all to himself. It took a while to get it out. “Okay, now I understand you better. I wish I’d had this conversation 20 or 30 years earlier.”