VentureBeat: My dad was a little more open. He’d tell me some things that he didn’t mind talking about. There were other things where I got more out of him when I was an adult as well. He would talk about playing baseball in the camp. He was 10 to 15 years old at the time. He said that for a while he hated the U.S. government because they fed him macaroni 30 days in a row. He’d talk about some of the funnier stories.

I went to the National Archives and dug some records out. I asked about some of those things as well. It was an interesting historical exercise. It’s interesting that the Japanese Americans who have dug out some of this history can relate to each other. Among our parents, they always knew each other by what camp your family was in. 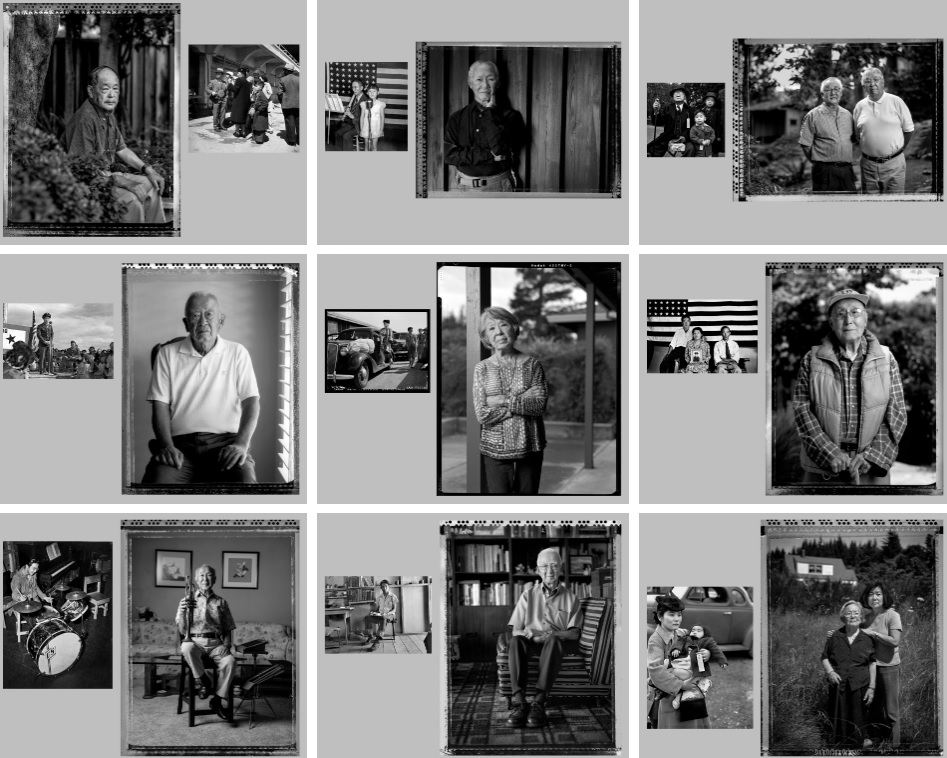 Kitani: It’s interesting how they — how different people handled it. For my mom it was a different experience than my dad. But it took a long time for me to get some of those things. He did talk about the sports that they played, some of those things. Only after a little while did he talk about how they weren’t living in the greatest conditions in the world, those kinds of things. That didn’t come out in the first conversation. It’s the stuff that comes out later.

VentureBeat: I don’t know about you, but for me it also helps me understand other people. If I probe a bit and I can learn something about them, I can place them, where they are in this history. If I talk to other people — say, a Vietnamese person, and they say their family came over in 1975 — if you know a bit of your history, you know that was a big year for them, that they probably came as refugees. Just a bit of someone’s history like that tells you a lot about them.

My dad passed away a few years ago, and that made me reflect on it a lot more. Obviously not the best time. It’s better to do it when they’re alive. But it did give me some things to think about. I don’t write a whole bunch of stuff around things like that, but I did write a post on LinkedIn that talked about it in relation to some of the immigration issues that have been happening recently.

VentureBeat: What is the lesson you draw as far as what’s relevant today about immigration?

Kitani: The way I want to think about it, I think a lot of people know about history, but how do you really think about and learn from history to apply it? It’s harder to draw straight lines from all these things, but if I think about some of the policies, it’s more a scenario of — it’s easy to go down a slippery slope of policy. Something happened 75 years ago, and it would be helpful for people to remember about that as policies are being made today. That’s more how I think about it, rather than having strong opinions about what we should do and what we shouldn’t do. It’s important for us as we look at these things to look back at some of the scenarios that happened and try to learn from them.

People learn about history, but they don’t necessarily understand the impact it has on the people that were involved. Until my dad started telling me his stories, it was just visiting Manzanar, as opposed to understanding the impact it had on his life and the carry-over to me and my family’s lives. Those are things that, as you get older and learn more — that was what caused me to think about and comment on it.

VentureBeat: It seems like basic studies can lead you to some strong opinions, strong conclusions about what’s going on today.

Kitani: Yeah. The piece that can sometimes get lost — the people who were impacted, there aren’t as many of them around. We’re the people that need to carry on and think about the actual impact. It’s harder to truly understand that until you can get a few levels below, like you did with your dad and I was able to do with my dad.

VentureBeat: There are people with strong opinions about it who don’t have a grasp of what it means for the people who are directly affected. How you change the course of families for generations. Once they hear some real stories about what happens to people — you can understand where you stand on some things. What is an American? Who deserves these rights?

Kitani: Exactly. There’s reading about it, and then there’s personally experiencing, or feeling like you personally experienced through the people that you know. That’s often the disconnect. We all read about history. But the impact on people is hard to measure on an emotional level, unless you get it from a specific point of view. 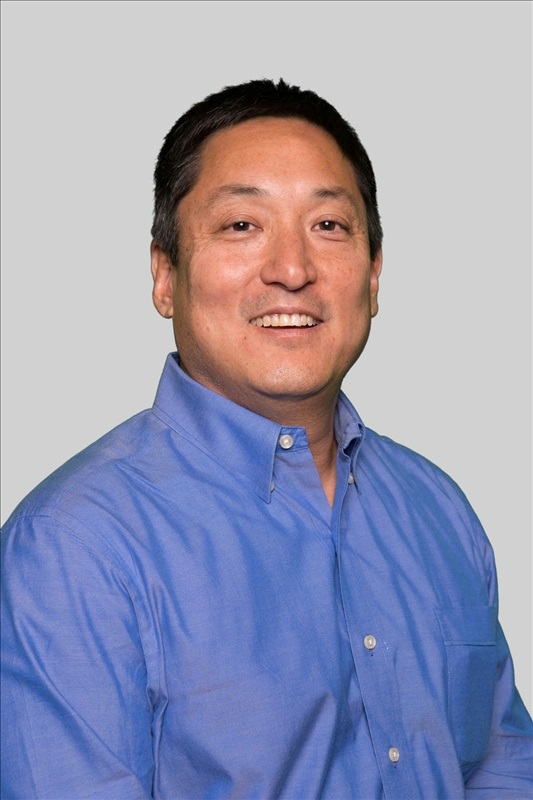 VentureBeat: As far as communicating that, I don’t know if there are things you tell your employees, or somehow you carry this on in the management of the company, or your work style?

Kitani: As I’ve thought more about my background and the impact that I had with my family, through my educational background, growing up in a very diverse environment — I only started thinking about it more recently, and I reflected about the company we’ve built. As I prepare for these things — the next thing I do is I look at a set of stats to make sure of where we’re at in terms of a lot of these things. For us, on almost every scale we’re a pretty diverse organization. Our numbers, whether it’s gender or race, match close to the U.S. workforce. Whereas, as you probably know, a lot of Silicon Valley companies and technology companies don’t match that well.

I was trying to reflect on how my upbringing and my philosophies around it — one of our things around here is a value about being yourself. It’s really about appreciating the individual and the diversity of the experience that they bring to the company. That was something we created a number of year ago, when we weren’t really thinking about diversity and inclusion, but really just about individual.

One thing that’s happened, and it’s tied to communication — our team here started to create a program called Humans of GuideSpark. There’s that blog called Humans of New York. Twice a month they come up with a little profile with a personal story of different employees. For one, her parents came over from Vietnam around 1975, like you were talking about. You heard that story about her parents.

What we realized is that with communications and stories, you can really share and appreciate the diversity. It goes deeper than just looking at numbers or a set of people. It’s not just the specific gender or race. It’s also the stories that go behind it. Maybe that’s tied to the discussion we had about the impact of the internment on Japanese Americans, but it’s more than that. It’s the stories behind that and the impact they have.

I certainly feel, as I think about the cultural values we’ve built — we’re pretty diverse. We like to share stories about individuals and where they come from. That’s just happened organically. At our size of company, we don’t have programs. We don’t have any of that stuff. But it happens organically. I think that has a lot to do with who I am, how I was brought up, and the experience I had that shaped that.

That obviously leads into what I talked about earlier. One of the core things we’re trying to do is help organizations communicate better. Whether it’s a program around performance management, or diversity and inclusion, or any number of communications that companies do, the premise is that one-size-fits-all is just not going to work. Companies need to think about how they interact and connect with their employees in a way that starts to appreciate the diversity of that work force.

Again, none of these things were thought of 10 years ago when I started the company, as far as the culture and the products, but they’ve evolved as part of who we are and what we’re trying to do as an organization. It feels a little like it’s come all together somehow, without it being intentional, from what I was thinking. That’s why I think these things have had an impact on who I am and the kind of company and solutions I’m building. 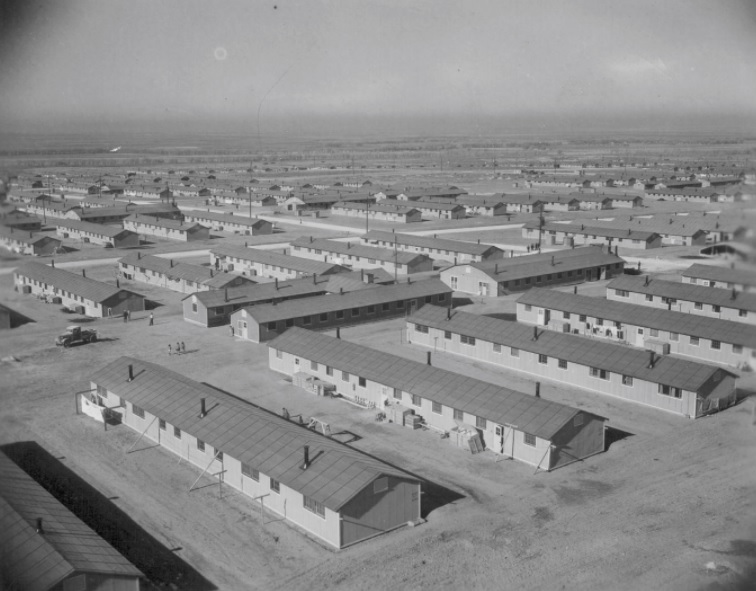 Above: The internment camp in Poston, Arizona.

VentureBeat: I think if you understand your people and your history, you’re able to work with them better.

Kitani: Yeah. And we’re obviously — one of the things I think are really powerful as the stories. You do that every day, so you know that. For us, so much of it is business communications, and then the team — we do a lot around sharing stories and their backgrounds. We have something called Our Values, Our Voices, which is a podcast the internal team has created where they tell stories about how people interpret the values of the company. It’s a lot of interesting organic stuff, but you can really see the power of it when it comes to life.

Kitani: I wouldn’t say there are different kinds of opinions? I think I see the differences in the same way that I saw the differences 10 or 15 years ago, when I talked to my dad. I think the difference is, when most people that I know read about it, they don’t talk about it as a positive thing that this country did. Certainly some people understand why it was, and there are slight differences of opinion.

But the difference for me is understanding what it was and how it impacted those people and their families. When my mom’s family had a grocery store and then went through their struggles and ended up moving to California, that’s a pretty big impact on a family. People don’t think about that when they just read about this.

Or my dad, who essentially had to start over, he and his guardian. It shaped how we interacted and what he valued. He would tell me stories of family and the noise of family, how that was something that he treasured in our house, because he didn’t have that. Those are the things that, for me — I wouldn’t say it’s a difference of opinion, but it’s a different perspective that even I didn’t really have.