GamesBeat: And what happened?

Kuznetsov: We know that there’s still a depression in the crypto market. The value of tokens is declining, and even plunging significantly. But we have different types of participants. Overall we have roughly 33,000 participants. Among them, there were our lost players, our whales, our new players — just people who decided who participate in this experiment. We didn’t sell many tokens for very much money. It’s a relatively small amount. We’re still finalizing the results because it’s a part of our revenue, but it was a tiny number. At the same time, though, we distributed millions of tokens to these 33,000 participants. 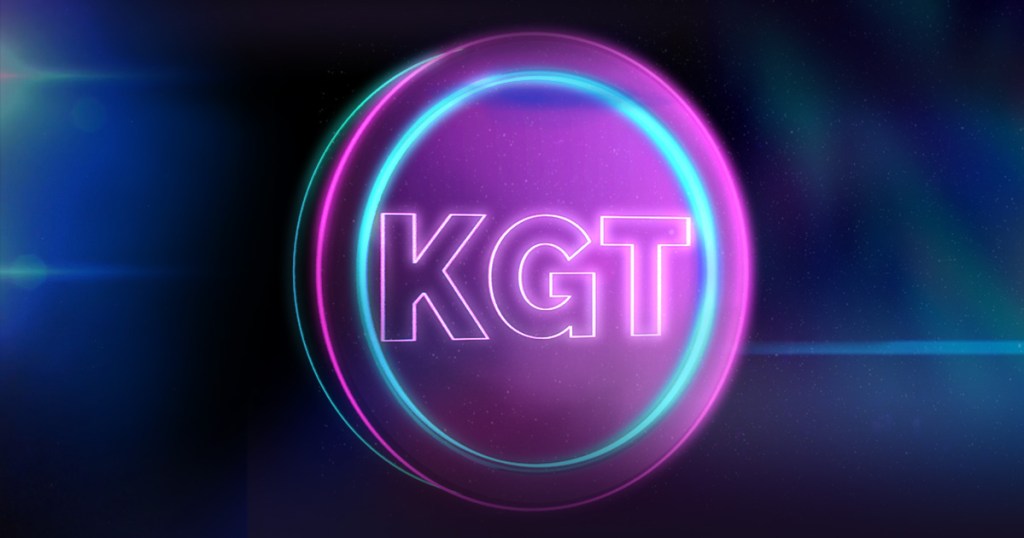 For our players, the biggest problem was the complexity of the whole process. Of the existing players we brought in, the lost players, the whales, the new players, all of them had no experience with crypto. So first of all, they were shocked by the requirements disclose their identity, to provide documents. They were asking, “Why should we do this? We’re not buying a financial instrument. We’re buying virtual chips, the same as we would through Apple and Google. We can do it very simply there.”

Kuznetsov: Then the second point was it was too complicated. Our support team still sometimes spends up to three hours with a single person trying to explain how to create a crypto wallet, how to get tokens, how to send them to us for exchange, and how to link them to the account. Only a small number of token holders get to the end of that process. Most of them eventually quit in the middle. “It’s too complicated, guys. If you want to give me some free chips, that’s fine, but if you don’t, we don’t want to bother.”

Participants who came from the crypto community and had crypto experience — since the beginning, since day one, we talked about it, spoke about it in interviews, wrote about it our Telegram channel and Bitcoin forums, and in every other social media. “We’re providing you a way to acquire our internal virtual currency to play in our games. We’re not raising funds. We don’t want to support speculation. We won’t list our token on any exchange.” We believe that we did a good job of explaining that properly, but now every other day we get requests from people: “Where can we sell the tokens? Which exchange are you listed on?”

We can’t go to an exchange. There are a number of legal restrictions and links. We can’t just give people money. Our legal team has always said that we need a special license to do that. We can’t do it. We feel a bit disappointed because of that. But my point is, most of the players who came from the crypto community, they were buying the tokens, but their goal was to buy an investment instrument. Or not an investment even. They were buying something after no research at all. Their only goal was to sell it as quickly as possible for a quick buck.

When we were doing the analysis of the landing page for our token sale — we had a colored map explaining what users were doing and what they were reading relative to different geographies and different languages. 99 percent of them were not reading anything. Maybe one percent clicked on something, read one or two of the interviews. That’s it. Almost nobody read the white paper. We spent months writing it, making it legally compliant and looking nice and all that. I feel bad about doing all that work, because nobody read it.

Now I understand why even the SEC is making the statements that they’re making, that there are no utility tokens and almost all of them are speculating. It’s really true. Even when we explained to people loud and clear that we’re only providing a payment solution for the service we provide in our game, they don’t listen. I was surprised myself. They were buying 500 euro worth of tokens without even knowing what they were buying. Then they come back in two months and say, “Which exchange do I go to?” Sorry, there is no exchange.

GamesBeat: What about your timing?

Kuznetsov: If we had done this token sale a year ago, I can give you a 196 percent guarantee that we would have collected as much money as we wanted. Tens of millions of dollars, easily. But after that, we could be in real trouble explaining to all these thousands of people who spent, or “invested” as they call it, all that money because they were only looking to sell in two months and make more money.

Coming back to the process itself, when we were dealing with different consultants and marketing people and advisors, it was a very unpleasant experience, very unpleasant. I’ve never seen in my life, in any industry, so many unprofessional people who were trying to make huge money. Some people were asking for, whatever, two percent of our company. When we asked, “What can you do?” they’d give us stories that ranged from unbelievable to impossible. Imaginative anarchy. Some people were giving fantastic introductions to I don’t even know who. 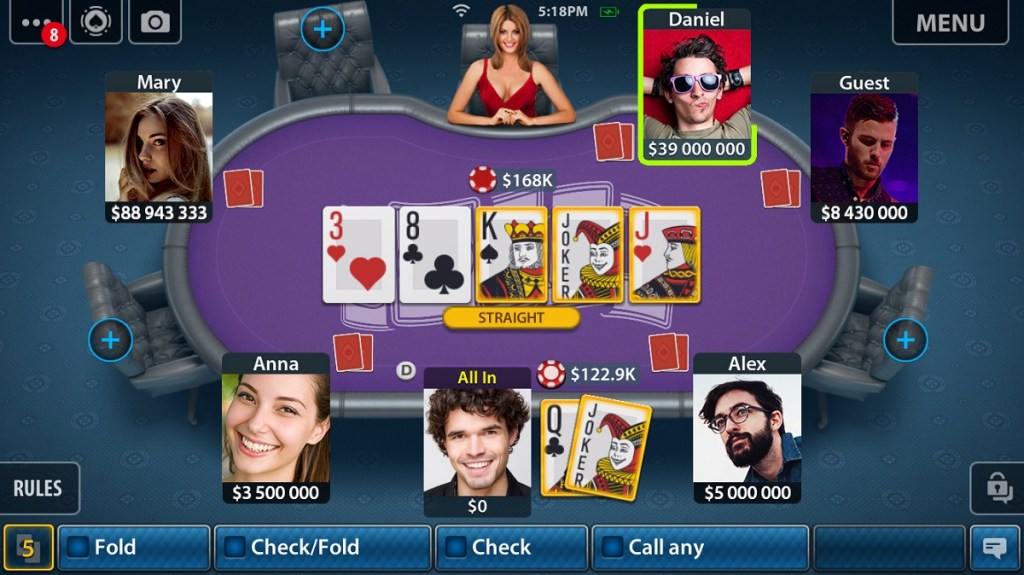 We have experience in marketing in the digital space. Because of that, we were able to make this experiment quite cost-efficient, if I may say. We didn’t lose much money. We didn’t overspend. If you go to influencers, they’re asking for hundreds of thousands of dollars. The same with bloggers or with crypto media. If you ask for numbers, they’ll refuse to provide you with any statistics. Some of them just give you a picture with one line, users going up, but that’s it. If you ask simple questions — Can we check this? Can you just show these three numbers? — they refuse.

What scares me is that most other companies I’ve spoken to, they all agree. When they were trying to speak to local advisors in places like Asian markets — Indonesia, China, Korea — they had the same problems. When they went to look for representatives in regions where they weren’t able to travel — we had someone who participated in a conference in Russia to give a talk about our project and what we’re doing as a gaming company, what we provide. I participated myself in some conferences in America and Europe. We came to an agreement with somebody in, I think, Indonesia, and the speaker just disappeared after we paid him. When we were dealing with conference organizers, the company they’d ask us to pay to didn’t exist. They were just pointing to some Paypal account or whatever. “Send them $20,000.” I’m telling you, it was shady and suspicious from the beginning, wherever we went.

I do understand that it’s a new market, a booming market. Maybe this is normal to a certain extent. You certainly saw this kind of thing in the dot-com bubble in the early 2000s. But I was still surprised. That was my experience.

GamesBeat: It sounds like most people could not get past the idea that you were not doing an ICO. That they couldn’t resell what they bought.

Kuznetsov: Right. Officially, we’ll do our best to prevent any exchange from listing us without our approval, and we won’t give that approval. At the same time, it’s an Ethereum-based token. If I want to transfer you 10 tokens, KamaGames can’t do much about it. But we don’t support it. As far as we see now, there are some decentralized exchanges. People might exchange their 10 tokens there. But the amounts are almost invisible. I hope they won’t be higher than that. We’ve never had anyone who bought even a thousand dollars worth of our tokens. It’s only been small amounts. I’m not that worried about somebody coming back at us claiming they invested something.

Still, I was shocked that — when I read about massive fraud now in crypto, hundreds of millions of dollars, I don’t have any doubt that it was possible. We made what we were doing clear, everywhere, and nobody listened. If people say what other people want to hear — “Buy our token, give us your money, and you’ll get 10 percent every other week!” — that’s it. It’s greed that drives people.

When I look at the tokens that are traded now, and when I talk to people I know in the industry — the people who are doing real solutions tell me that the market is in depression. “Nobody needs our projects at the moment, so we’re putting it on hold.” As a company, we were researching all kinds of spaces. We even participated in a couple of ICOs ourselves. Small money, just to see how it works, just to feel out the atmosphere and be part of the process. Most of these companies will never survive. The idea hasn’t been validated from the first moment. The teams are unprepared. There is not enough demand. Demand is growing, but very slowly. You’ve obviously heard the statistics around Pornhub. They disclosed that less than one percent of their daily active users use crypto, and they have 100 million daily active users.

GamesBeat: At what point in time did you run the experiment? Do you think one of the problems is that you were doing it during this crypto bust? If you’d done it earlier, do you think you would have done better?

Kuznetsov: We started our closed presale in September 2018. We finished everything on November 12. It was two months, more or less. Of course this was at the end of the game in the crypto space, for ICOs and even for Bitcoin and Ethereum. Those were the bad days. I’m scared to say this, but yes, I’d guarantee that if we had done it a year ago, we would have collected whatever we wanted. I don’t know about $100 million, but $25 million? With our project, with our company, with our approach, we would have collected that, easily. But what would we have done after that, when all these people start asking about exchanges? I don’t know. I don’t even want to think about it. At that scale, our reputation probably would have been ruined, even if we didn’t do anything wrong.

Who knows? We have enough money to grow. We’re growing, and we’ll be happy to share more results soon. We’re growing for our fourth year in a row, pretty decently. So why would we jeopardize our company’s reputation and our personal reputations and bear all the legal risks? It wouldn’t be worth it, even for $20-30 million.

GamesBeat: Was it any problem that people paid you with a cryptocurrency that subsequently declined in value? Did what you ended up selling in chips become very inexpensive chips?

Kuznetsov: In our case, there were not many transactions, and not of a very high value. Of course it declined. But we were prepared for that. Compared to our monthly revenues, it was less than one percent. It wasn’t that sensitive. It wasn’t any kind of disaster. People are mostly just disappointed that their expectations didn’t come true. If you set proper expectations, it’s easier to do things. That’s what we did from the beginning. We estimated all the risk and we estimated all the potential outcomes.