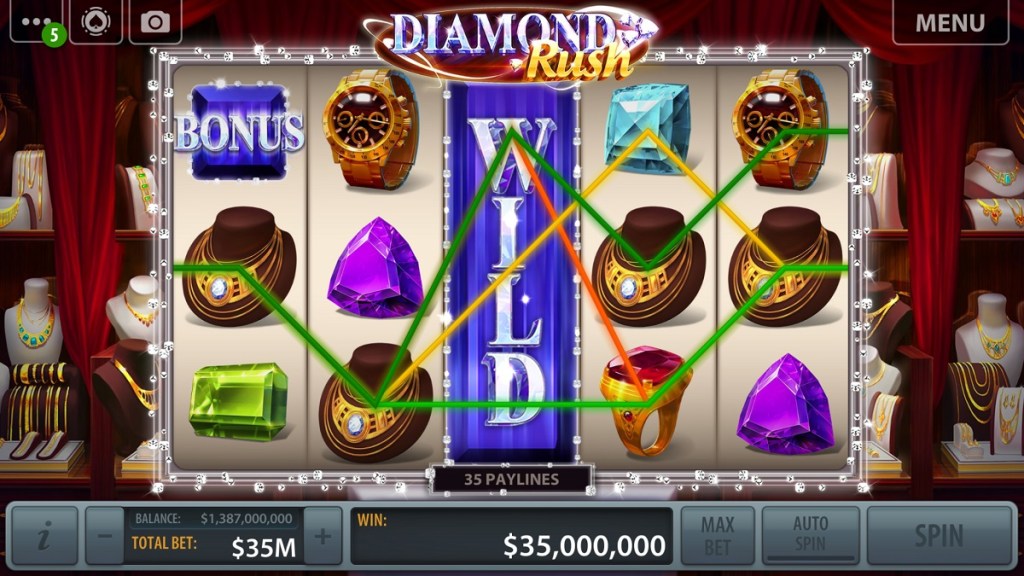 Above: KamaGames has more than 100 million users.

GamesBeat: The majority of people paid in some kind of fiat currency, then?

Kuznetsov: Right. We still do not consider this campaign as a negative experience. We learned so much. It was a really good marketing campaign. All the big players in the market, in the social casino space and the gaming space, they’ve all asked me, “How did you do that? What do you think about it? What were the results?” Especially when I was saying, “Guys, we didn’t do anything illegal. We did everything properly, in accordance with the law.” That made them even more interested. Many people want to learn about this. I met with one American company that I’d known for a while. They were going to do something similar themselves, and at the last moment they decided not to. I know some other gaming companies decided to postpone token sales or ICOs to this year, the third quarter, whatever.

We definitely understood that we were not in a good time for a token sale, but we weren’t looking for speculators. We decided to do it anyway because we had different goals. The companies that have moved their token sales and done a lot of work to try and make it happen this year, I don’t know that they’ll ever do it in the future.

GamesBeat: I know that Kik was able to do theirs early, but they’re now saying that they’re having problems with the SEC. The SEC wants to take some kind of action.

Kuznetsov: I can imagine.

GamesBeat: It sounds like, legally, you guys may have made the better move.

Kuznetsov: They raised funding, $100-120 million as far as I can remember. But right after we finished our token sale, we read about Paypal’s experiment. Paypal’s CEO said that they did an internal campaign with a token. I read his statement. He said something like, “We don’t know about using tokens in other capacities, but we definitely believe in using it within the company internally, for rewards and loyalty programs.” Of course. That’s what our vision was, more or less. When we heard about what they did at a bigger scale — and they’re a public company — we were pleased to be thinking in that same direction. They did it purely for their employees. We did it mostly for our community.

GamesBeat: As far as the way you did it, was it much different or any different than just another virtual currency? People talk about cryptocurrency and all the things it can do differently, but was this effectively just like one more virtual currency in your game?

Kuznetsov: We never issued a cryptocurrency. We kind of used Ethereum, but was it a separate cryptocurrency on a separate blockchain? No. We never thought about that. It was just a token based on the existing Ethereum ecosystem. We had only one goal for the token, which was for it to be exchanged for our in-game virtual chips.

GamesBeat: You mentioned the transaction frequency. It sounded like that could have been a problem if it was a higher volume.

Kuznetsov: Where a project uses a token, uses a smart contract as a part of the ecosystem, that’s critical. But in our case, our game engine works independently. So we don’t even need close frequency in our case. The token is exchanged on our platform, our website, in the player’s account. They can link their wallet address and our system automatically checks, every day, how many tokens are there and gives them the opportunity to click and get additional bonuses. If they want to exchange tokens for chips, it shows an address right there. If they send tokens to that address, we receive them, burn them, and they get their chips in their account.

GamesBeat: If you had done a cryptocurrency–you had an issue with the RNG, you mentioned?

Kuznetsov: Right. The issue is, we already have, as a company, an RNG which is certified by a special agency which checks random number generation for gaming companies. Our RNG is purely random and certified as such. It’s fair. We can’t affect it in any form. But the question is, if we put an RNG on blockchain, that means it would be much easier to make it predictable. The game wouldn’t be that interesting, because some people could quickly realize what the next card or next number would be.

If we didn’t put the RNG on blockchain, there would be plenty of people who’d tell us, “If you have poker on blockchain but the RNG is elsewhere, the game isn’t fair. It’s not fully decentralized.” We’d always be blamed for that. Some gambling companies, I know, have started to do work on designing solutions for RNG on blockchain, but again, these are all startups. The solutions still have yet to be tested. It’s not a solved problem for us. We haven’t yet decided to go design a game on blockchain entirely. We may research it further. When we come to that decision, we’ll have the resources.

GamesBeat: Jez San’s company I believe did an RNG and a game on top of Ethereum, right? Some companies are doing that.

Kuznetsov: Yes, they are. But we just haven’t tested it yet.

GamesBeat: In conclusion, then, are you putting this on hold for a while? Or do you want to revise how you’re going to do it going forward?

Kuznetsov: We sold or distributed some tokens to our players and new players. They’re in the ecosystem. Everything is working. People are getting their bonuses, getting their chips. The exchange rate for tokens to chips is growing, as we promised, and it will grow. We’ve stopped selling any new tokens since November 12, the final day of the token sale. We haven’t sold even one after that, and we don’t plan to sell any. But the tokens that have been distributed, we neither want to cancel them, nor we can if we want to. People own them. It’s how they get their chips.

Coming back to what’s next, we don’t know yet. We’re having a number of discussions. Do we do anything in 2019, any blockchain games or whatever else? No. For now we’re just observing. Our tokens are at work. They’re usable. But now we’re just observing what’s going on in the rest of the market, with other projects and cryptocurrencies.

GamesBeat: Do you still want the regulators in the U.S. to come up with real guidelines that might make it easier to decide what to do with crypto?

Kuznetsov: 100 percent. With what we’ve seen in 2018 and 2017, it’s really the wild west. We think that in order to facilitate mass adoption–I know some people will argue, but I still think that tokens or cryptocurrencies must be used by bigger companies, bigger international businesses and multinationals. This is the quickest way to mass adoption. In order for that to happen, there should be rules. They should be clear and hopefully simple. Companies and token buyers and even token or cryptocurrency investors should understand what they do, what their liabilities are, what their risks are, what the procedures are.

I’m sure it will happen, because I believe that cryptocurrencies will be with us forever. I do not know if Bitcoin will stay in the long term. I’m sure it will be there in the short and middle term. Long term, I don’t know. It may be replaced with something else that has more sophistication, a better cryptocurrency. Blockchain as a technology will be used more and more. Not everywhere, but where it’s applicable and where it makes things more efficient and reduces costs. Financial transactions, the internet of things, statistics, that will be there, I don’t doubt.

GamesBeat: Since you’ve done this, I think there have been some more interesting new platforms that have come up, things like Tron and EOS for game-related crypto projects. Do you see some better pathways for you coming soon, in terms of how to get your games to crypto players?

Kuznetsov: I have a few ideas. We’re looking forward to seeing what Telegram offers us soon with their Gram. We researched their white paper and all the other updates in detail. We believe that if the team can be able to implement even half of it, it’s so innovative. There are multi-level blockchains and other really interesting things we’re looking at. EOS is another prospective platform. We enjoy the speed. I know some people will argue about the decentralization of it, but I still believe–I’m in their favor. I think they’re doing the right thing.

Coming back to the number of gaming platforms that have either released or plan to be released soon, I think the biggest challenge for them is audience. Of course they all say that they’ll be able to attract significant amounts of players to their platforms. I know some of them are developing good loyalty instruments, rewards, the ability to sell in-game assets. But I still think that’s not the key. Audience is the key. Neither Google nor Apple nor Facebook nor Steam are eager to share a piece of their pie with these new platforms.

On the one hand I would want to support them, to believe that they’ll sustain. They’ll offering less commission, the reselling of assets, the reselling of games, or at least some of them are paying attention to that. But on the other hand I think they just won’t get enough of an audience to make it really big. I want to be wrong about that, but so far I have more doubts.