Salesforce CEO Marc Benioff put the rumor mill to rest on Friday by telling the Financial Times that he wasn’t going to acquire Twitter because it’s “not the right fit.” We knew that. Salesforce shareholders had reportedly besieged Benioff with complaints about such a deal, along with threats to unload their stock.

Salesforce’s customers do value consumer insights – and Twitter provides 313 million monthly active users about whom Salesforce could glean additional data. But Twitter would have been an expensive purchase – especially given that the value to Salesforce was far from clear.

Let’s not forget, Salesforce signed an agreement to buy Krux for $700 million earlier this month. That deal not only ate a lot of cash but may have made Twitter redundant. Krux is a data-management platform with more than 3 billion profiles. Krux is a long-term partner to Salesforce already, so the two companies are well-integrated. [This paragraph has been updated. It originally said Krux’s platform had 3 million profiles.] 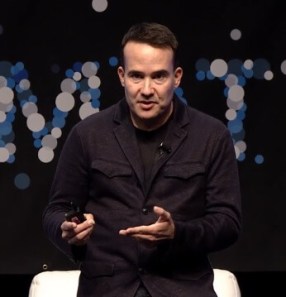 Announcing the deal, Krux CEO Tom Chavez promised that his company’s DMP will extend the Salesforce Marketing Cloud’s audience segmentation and targeting capabilities; it will also feed Salesforce Einstein with billions of new signals. Krux’s data will also integrate with other Salesforce partners including LiveRail and Live Intent.

A Twitter acquisition could have helped Salesforce’s customers get closer to permission-based, people-based marketing, enriching the profiles of consumers who have already opted in and providing them with much more relevant communications.

But Salesforce and Twitter have a seven-year-old partnership. In 2012, the companies expanded the alliance to allow Salesforce Radian6 customers to analyze and respond to tweets.

Perhaps an outright purchase of Twitter would allow for deeper integration of its data with the Salesforce Marketing Cloud. But there would be pitfalls. Use of Twitter data by the Marketing Cloud might violate Twitter’s privacy agreement with users. For example, users can choose to protect their tweets, choosing who will see them.

Was the data worth $12 billion?

At $700 million – the price Salesforce reportedly paid for Krux – that deeper integration might make sense. But it’s difficult to understand how a $12 billion acquisition could provide enough value to Salesforce’s customers.

Above: A slide from Krux puts its 200 billion data collection events a month into perspective

It’s fun to speculate that Benioff’s interest in Twitter was a reaction to losing out to Microsoft on a bid to buy LinkedIn back in June. He’s got a healthy ego. But in the end, he made the right decision.

With no suitors on the horizon – at least publicly – analysts will hold Twitter execs’ feet to the fire in their October 27 earnings call. After that, we may see some serious dickering for the social network at a more reasonable price.

Matt McGowan is President of Adestra.