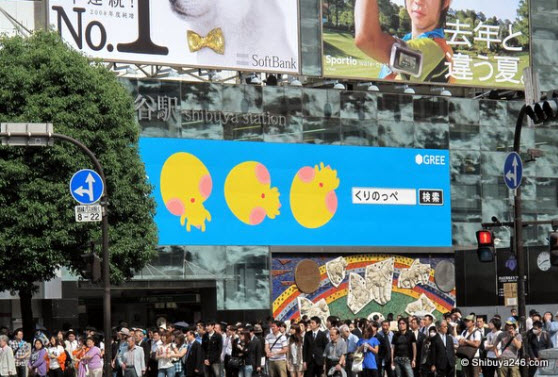 Asia’s mobile apps market can teach us a lot.

At the close of last year, the Pew Research Center found that 87 percent of U.S. adults (roughly 239 million) owned at least one mobile phone, and among those, 45 percent were smartphones. The concentrated ownership and rise of mobile devices isn’t a trend exclusive to the U.S. More than 25 percent of Japanese consumers currently use a smartphone, and there are more than 30 million smartphone users in South Korea. While the U.S. still has a higher number of users, Forrester predicts that smartphone usage within the Asia-Pacific region will grow by 20 percent in 2013. North America is only expected to grow by 10 percent.

As a result, developers in Asia are advancing the mobile space in unique ways – many of which have begun to or will influence western markets. During my latest trip to Japan and South Korea, I witnessed a few key trends that will shape the U.S. market for developers and consumers. 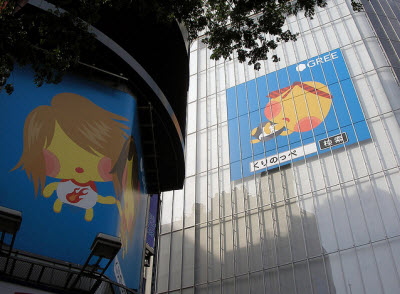 The platform within a platform

Kakao Talk, a messaging app that allows users to text, make voice calls, and share media for free, has evolved to become its own platform for third-party apps after gaining significant market penetration in South Korea (reported to be greater than 90 percent penetration with 27 million daily active users). Game developers can now tap into Kakao’s audience and social graph. In exchange, Kakao takes a 30 percent cut of the developer’s revenue. Similarly, Line, a Japanese messaging app released after the Tōhoku earthquake to ease jammed communication lines, has opened its platform and access to its 100 million users to third-party developers under a similar structure.

Several new mobile operating systems debuted recently, but it will likely be years before another major platform emerges and challenges Android and iOS. Instead, what will likely occur is the development of “sub-platforms” – emerging from popular apps (much like Kakao) or through distributed software development kits (SDKs).

The success of these sub-platforms is notable for developers: Line reached 50 million users in just a little more than one year (Facebook gained its first 58 million users over three years: 2004-2007), and the Kakao Games platform launch generated $35.3 million with 82 million downloads from 23 million unique users in October 2012 alone. The potential to successfully mold an app into a platform is a unique and real opportunity – and something for developers to keep in mind.

As U.S. consumers spend more time (and money) on mobile devices, many big-name brands (including GMC) are partnering with companies such as Tapjoy to integrate ads within mobile apps (Tapjoy’s CEO Steve Wadsworth will be speaking at our VentureBeat Mobile Summit on April 1-2, where we will delve deeply into the problem of monetization). Mainstream, consumer brands are shifting advertising budgets to balance between and even move away from traditional mediums with the rise of mobile.

In Japan, there’s an additional flow for mobile ad spending: mobile developers are also advertising on traditional mediums. In fact, the No. 1 and No. 2 TV advertisers in Japan are mobile gaming companies. TV advertising recently played a major role in the growth of Puzzle & Dragons (see video below). In addition, Tokyo is covered with giant billboards promoting top mobile games.

This isn’t something we’ve seen in the U.S. at scale, but it makes sense. Mobile advertising has many benefits (measurable results, real-time reporting, interactive, etc.), but that doesn’t discount the value of advertising on multiple channels. A key tenet for advertising is putting messages where your customers are, and what these Japanese companies have recognized is that they can effectively reach their customers beyond the mobile device. While the economics of TV advertising may not make sense in other regions, there’s a huge opportunity for U.S. developers to expand their customer base by leveraging the entire marketing landscape.

The lines continue to blur

One of the biggest trends fueled by mobile gaming is the expansion of the gaming audience. More than ever, games reach a broader and more diverse audience, and developers in Asia have led the way in creating content for this wider market. Some of the top games on Kakao appeal to audiences ranging from hardcore gamers to grandfathers by offering both skill-based challenges and casual accessibility.

GungHo’s Puzzle & Dragons may be the top grossing game in the world right now due to the game’s seamless combination of hardcore RPG elements and casual “Bejeweled-like” gameplay. This game goes beyond what is known as “midcore” by fusing polar opposite ends of the gaming spectrum together, demonstrating that high ARPU and high DAU do not have to be mutually exclusive.

It will be interesting to watch more mobile game developers experiment with this combination of broad, casual appeal combined with hardcore strategy and tactics in an attempt to approach the success of Puzzle & Dragons.

Chris Akhavan is Tapjoy’s senior vice president of global partnerships. He has been at Tapjoy since January 2010 and manages developer partnerships, publishing and international expansion teams; leads app monetization, distribution and publishing strategy development. He is responsible for operations in North America, South America, Japan and Korea. Chris regularly speaks at industry conferences to share his expertise on app development and discovery, including sitting on panels at VentureBeat’s MobileBeat conference and Inside Social Apps NYC.