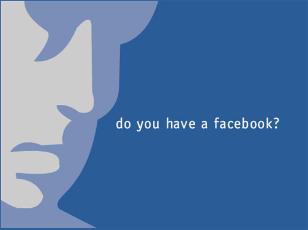 Is Facebook desperate for cash because its growth has caused costs to far outpace revenue, as TechCrunch suggests? Not necessarily. Revenue will be in the hundreds of millions, and will greatly exceed the $150 million the company brought in last year, a source close the company tells me — pointing out that outsiders “don’t have a good appreciation for the diversity” of Facebook’s revenue streams.

EMarketer, a third party marketing research firm, has estimated Facebook will bring in $265 million this year, but it’s not clear if that projection captures initiatives such as sponsored virtual gifts. The company has been mum on its gift revenue numbers in the past, only telling me that third party estimates it has seen have been very rough. Meanwhile, another source with a good window into Facebook thinks revenue will still be along the lines of Facebook’s own earlier estimates — at last $300 million.

Update 1: Here’s the official statement from the company:

As a matter of policy, we don’t comment on market speculation or rumor about our finances. Facebook is well-positioned both financially and within the market and any thoughtful attempt to model our business should reflect that. Our advertising business has great depth and breadth. While no ad business can ever be 100% recession proof, the breadth of our advertiser base and the innovative products we offer bolster our position in the current cycle. We’ve also been closely managing the business so we can continue to hire great people and scale. While we’ve achieved certain milestones, we are deeply committed to even greater business success in the future.

Okay, but what about growth-fueled costs for servers and such? Both sources I’ve spoken to suspect those numbers are being overstated. The source close to the company says that both revenue and cost metrics are pointed in the right direction, and that it neither faces a deadly burn rate nor lacks access to cash.

Update 2: A third source, in the storage industry, says that Facebook has not been making many server purchases and is instead saving money and building its own, in house, as Google has successfully done.

What if Facebook wants to raise more money? At what valuation, in that case? Trying to calculate what Facebook is actually worth at this point is, as usual, a Silicon Valley parlor game. Our other source puts it this way:

People always forget that a valuation is based 50 percent on the market (beta) and 50 percent the specific company. Google’s valuation has declined by 40 percent (as have all other major Internet companies) — even if FB were worth $15 billion last year and executing flawlessly, their valuation would be reset by the market.