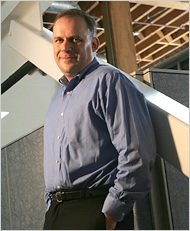 Kent Lindstrom is founder and CEO of location-based social network PlacePop and the former CEO of Friendster.

Facebook is planning to enter the “local” space in a big way, according to numerous reports. The impact of such a move – across Facebook’s more than 400 million users and, perhaps more significantly, 100 million mobile users – will be significant.

Rumors abound about what this new service will look like, but it’s not clear that even Facebook knows yet. It has recently tested “stickers” in store windows that urge customers to “like” the store on Facebook, suggesting a relatively early phase of the product.

I’ve spent a lot of time studying local social networking both in my former role at Friendster (planning something called “Friendster Places” that was never implemented) and in my current role at PlacePop. So naturally I’m curious as to what Facebook’s plans in the space might be. Here are my best guesses:

Latitude and longitude vs. places

Twitter allows latitude and longitudes to be associated with tweets, and Google does the same with its mobile friend-finding software. Sites like Foursquare, PlacePop, Yelp and Gowalla, on the other hand, provide users a list of actual places to choose from and ‘check-in’, based on their phone’s latitude and longitude. So which route will Facebook go?

My bet: Place Pages. Facebook is trying to turn everything on the Web into a Facebook page that can be “liked”, and Places makes for a logical page category. Indeed, there’s evidence of such a function in Facebook’s mobile website.

Place pages could either be user-generated (businesses create their own pages), or “curated” (Facebook uses a structured database of places). Colleges on Facebook are curated, while Fan pages are user-generated.

My bet: curated. This is a tough call, since user-generated pages are much more scalable, and there are orders of magnitude more places in the world than colleges. However, Facebook’s window decal tests indicate they are operating from a structured database.

The popular term for sharing your location is a “check-in.” Will Facebook call it a check-in? Would you “check in” repeatedly on Facebook, or just announce that you “like” a place page? This is the question we location-based social networks await most anxiously.

How will you check in?

Will location data be in Facebook’s API for developers?

As users check in to places, three pieces of data are generated: who, where and when. Facebook would generate these types of data at a rate orders of magnitude beyond all other location-based networks combined. Third-party developers could turn this check-in data into games, maps, lists and all manner of interesting applications.

My bet: Data will be in Facebook’s applications programming interface. Or at least we hope it will. The applications unleashed could be quite unique, and useful. But the temptation to keep such valuable data proprietary will be great.

Will Facebook’s offering kill off other location-based players?

With the best-known location-based services reporting numbers in the low single-digit millions (or fewer), it appears 99 percent of people on Facebook have never used a location-based application. So by introducing the “check-in” concept to tens of millions of people, Facebook would bring an enormous new audience to this market. Applications that used check-ins in a way similar to Facebook would likely die fast deaths. But applications that adapt – by figuring out something valuable and unique that is relevant to millions of people newly introduced to check-ins – could be transformative. So will Facebook kill all other location-based services?

Kent is founder and CEO of PlacePop, backed by Ooga Labs. Previously he served as CEO of Friendster, a role he assumed after running Friendster’s finance and business operations for several years. During his time leading Friendster, the company grew to become the seventh largest website in the world, generating over a billion page-views per day. Prior to joining Friendster Kent cofounded NetRead Inc. and served as CFO for Caststream (acquired by Sun Microsystems). Kent holds an MBA from the Kellogg School of Management at Northwestern University, and a BA in economics from Northwestern University.